0
SHARES
0
VIEWS
Share on FacebookShare on Twitter
It’s safe to assume New England Patriots tight end Rob Gronkowski wasn’t in the best of moods after his team suffered a 41-33 defeat at the hands of the Philadelphia Eagles at Super Bowl 52. His mood probably turned even more sour after he discovered that his home had been burglarized while he was away. 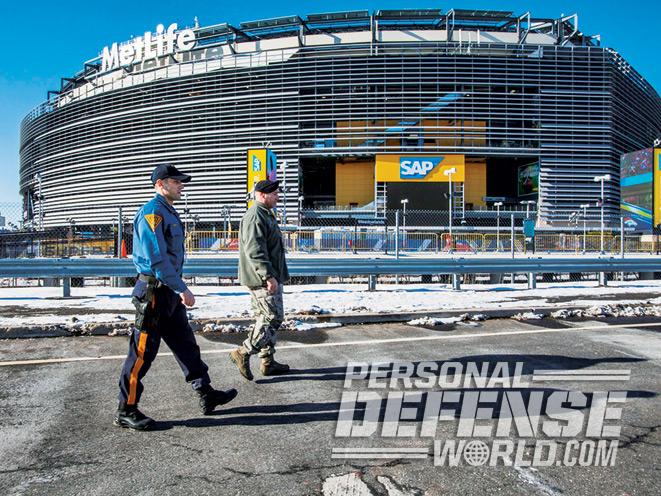 Police in Foxborough, Mass. were called to Gronkowski’s home on Monday evening and stayed for roughly five hours, The Washington Post reported.

“There were items stolen. We’re not going to release the nature of the items stolen,” Foxborough Police Chief William Baker told reporters, according to the Boston Globe. “Obviously the people who committed the theft know what was stolen. It’s an investigative advantage for us to know that as well and not share it with the public, so I won’t have any further comment on that.”

However, the Boston Globe obtained a copy of the Foxborough police dispatch recording. The recording sheds some light on what exactly was taken from the home. It says the homeowner—presumably Gronkowski—called police at around 6:18 p.m. to report the burglary.

“Respond to Congdon Circle,” the dispatcher tells two Foxborough police officers. “Speak with the homeowner there who reports while he was away on his trip his house was broken into, multiple safes and possible guns taken.”

Baker wouldn’t reveal when exactly the burglary took place. He also wouldn’t say whether or not Gronkowski had a security system in place. He did confirm that nobody was home at the time of the burglary, and that there had been no other recent break-ins at the cul-de-sac in Congdon Circle where Gronkowski’s home is located.

Neighbor Tom Savino told Fox25 Boston he noticed something strange while he and his son were passing by Gronkowski’s home over the weekend.

“We went past the house on Sunday, about 12:30-1 p.m., and I happened to notice the gate was ajar, which is very unusual,” Savino said. “You never see that gate ajar. So, as a joke, my son and I said, ‘Gee, maybe we should just call the police or something.’ Now I’m sort of sorry I didn’t.”

Baker told the Globe that Gronkowski isn’t exactly in the best state of mind following the break-in and the Super Bowl defeat.

“I don’t know if you [have] ever been the victim of a break-in, but when you are robbed and there is an intrusion into your personal space, it’s unpleasant whether you are Rob Gronkowski or Bill Baker,” Baker said. “For him, it’s a double whammy coming off the loss.”

NYPD Has Started Rolling Out Its Previously Disbanded Anti-Gun Units