0
SHARES
0
VIEWS
Share on FacebookShare on Twitter
President Trump sat down for an interview with British television presenter Piers Morgan during his trip to the World Economic Forum in Davos, Switzerland last week. The conversation—which aired on ITV on Sunday—covered a wide range of topics, including, of course, guns and the the Second Amendment. 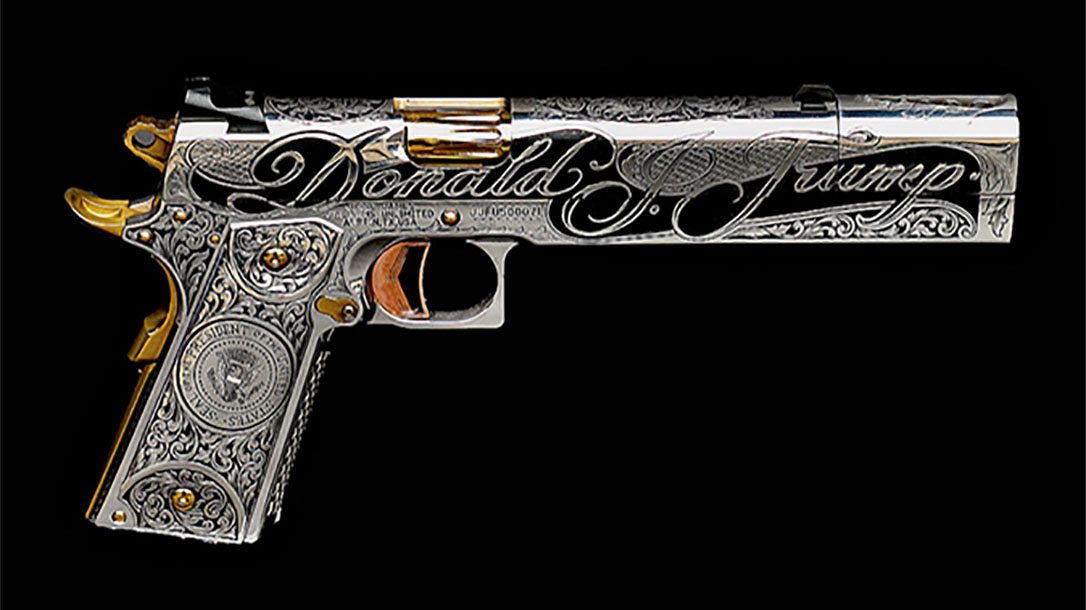 Here’s how Morgan, who is well known for his views on gun control, broached the subject:

“People will be saying you’re very tough on security, you want to keep Americans safe, but you don’t do anything about gun violence at all. That seems an irrational position for somebody who wants to keep America safe,” Morgan said.

“I’m a very big Second Amendment person, as you know very well,” Trump replied. “But take a look at Paris, where you have very, very tough gun controls, take a look at that horrible slaughter that took place at the cafes where so many people were killed. And you had these thugs come in with guns. One by one for a long time, they just killed and hundreds of people [are] wounded to this day still in the hospitals.”

Trump pointed to the fact that in many such instances, “there are no guns except for the bad guys.”

Morgan then brought up the Vegas shooting, and the fact that the shooter bought “bought 55 guns legally in the year prior to his rampage, including 13 AR-15 semi-automatic rifles, which he then equipped with bump stocks, which effectively converted them into machine guns, which are illegal,” questioning why “nothing been done to stop somebody doing that again.”

“We do have gun control laws, and this sick person – he was a sicko,” Trump replied. “I mean that’s the big problem, there’s sick people. If he didn’t have a gun he would have had a bomb or he would have something else.”

Morgan interjected and said once again that the shooter had 55 guns.

When Morgan questioned why Trump couldn’t “make it difficult” for people like the Vegas shooter, Trump launched into a defense of the Second Amendment.

“I’m a Second Amendment person. I think you need it for security. … Again, you’ve had so many attacks where there was only a gun – a bad person’s gun – going in this direction, and if you had one on the other side—In fact, that’s a very big example,”  he said, referring to the Vegas shooting. “If they had the bullets going in the opposite direction, you would have saved a lot of lives. So I get what you’re saying, but I believe in the Second Amendment.”