A Georgia woman used both lethal and less-lethal means to take down a home intruder, first deploying mace and then shooting the intruder with a handgun when the mace didn’t do the trick. 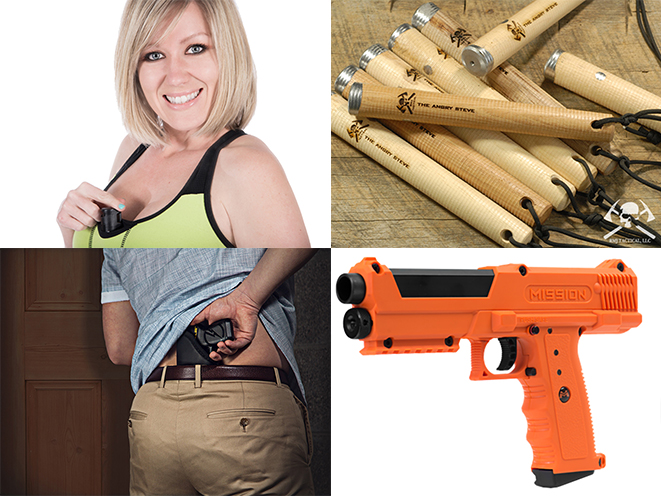 The unidentified woman told FOX 5 Atlanta she had just gotten back to her apartment in Rome at around 10 p.m. on Saturday night when she heard a commotion. Alarmed, she grabbed her keychain with mace and went to investigate.

After noticing her bedroom window was shattered and the air conditioning unit was knocked out, the woman then turned and saw a man rifling through her belongings.

That’s when the woman maced the home intruder, later identified as 44-year-old David Ray Hudgens. But the mace didn’t slow Hudgens down. Instead, he wiped the mace off and started attacking.

While the woman fought with Hudgens, she remembered something crucial.

“I remembered I had a gun hidden. It was behind my TV where my clothes rack is at,” she said. “I grabbed it. I maced him one more time just to slow him down. And that’s when I just shut my eyes and just undid the safety and pulled [the trigger].”

Despite being shot, Hudgens managed to get back up and keep coming.

Fortunately, the woman’s boyfriend and friend heard her screaming. He rushed to the front door. The door suddenly opened and both the woman and Hudgens came spilling out. At that point, Hudgens was tackled to the ground and held for police.

Police later determined that four guns and a laptop had been stolen from the home. These items were never found. It is believed that Hudgens had an accomplice.

Hudgens is currently at an area hospital in critical condition, the Rome News-Tribune reports.