Tacoma: No Charges for Woman Who Killed Man in Road Rage Incident

Last month, a Tacoma, Wash., woman shot and killed a man during a road rage incident on Interstate 5. The woman claimed the shooting was in self defense. After reviewing the evidence, the local prosecutor’s office agrees and has declined to press charges. 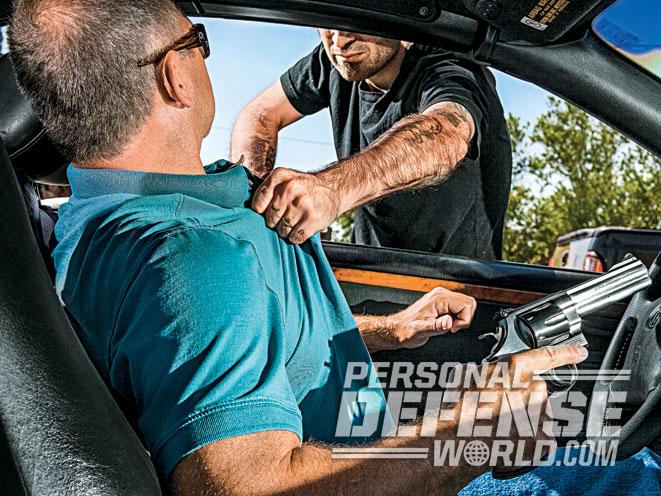 According to a statement by the Pierce County Prosecutor’s Office, the incident began when Bruce W. Jones, 60, got upset at how 24-year-old Aubrey Tayler Bowlin was driving her motorcycle on I-5.

The Sky Valley Chronicle points to a state patrol report on the incident, which says the silver 2016 GMC Terrain SUV driven by Jones was heading southbound on I-5 in the HOV lane. In front of the GMC was a blue 2008 Yamaha YZFR6 motorcycle driven by Bowlin. Traffic came to a halt and the motorcycle stopped in the HOV lane. The GMC stopped on the left shoulder parallel to the bike.

Witnesses said Jones “boxed [Bowlin] into a location she could not drive away from.” He then exited his vehicle and aggressively approached her on the shoulder of the highway.

“The fight that followed was initiated by Jones,” the prosecutor’s office said. “At some point, Bowlin head butted Jones, who then drove Bowlin’s head into the jersey barrier before taking her to the ground. Bowlin shot Jones once in the chest when he attempted to climb on top of her.”

Q13 Fox says Bowlin then called 911 and waited for the authorities to arrive. Jones was treated for the gunshot wound, but was pronounced dead at the scene.

“This is another reminder to everyone to keep a cool head on our roads,” prosecutor Mark Lindquist stated. “Nothing good is going to come from physically confronting another driver.”

Bowlin hasn’t spoken on camera regarding the road rage shooting, but she told KIRO 7 she was recovering both physically and emotionally.