An English grandmother used a crossbow to shoot a machete-wielding masked intruder inside her home. 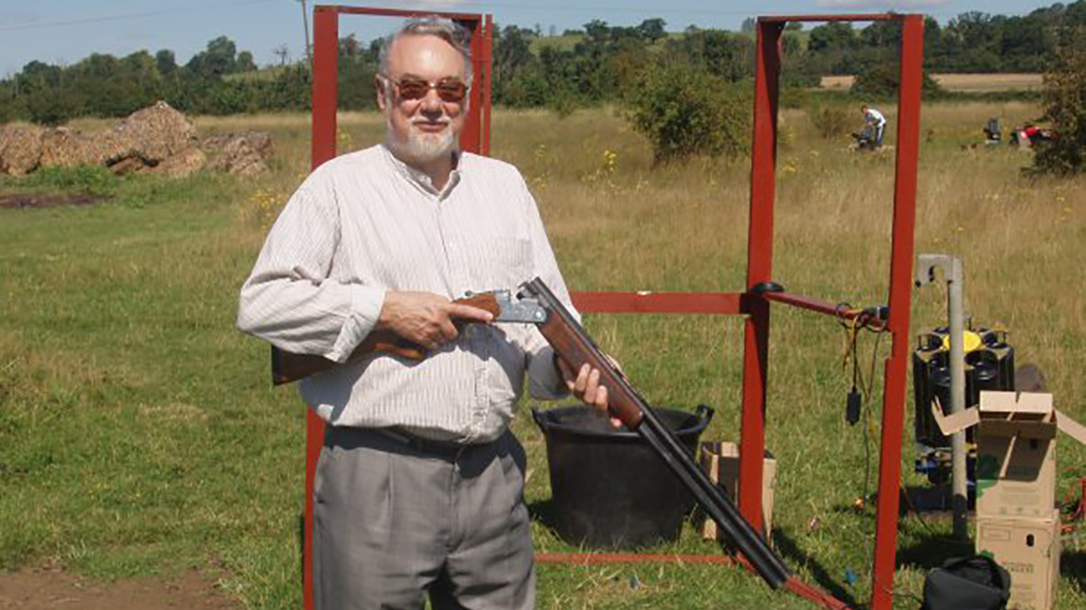 49-year-old Anji Rhys had just returned from work and was watching TV on her sofa at around 9 p.m. at her home in Dunstable, Bedfordshire. Her partner, Rebecca Mcarvel, was asleep on the sofa next to her. Her son and 82-year-old mother were asleep upstairs. Suddenly, she heard a loud noise.

“I heard what I thought was a massive explosion and then I realised it was my front door that was being kicked in,” Rhys told the Daily Mail. “I ran there and was met with a masked man with a hammer. He was about 6 foot 6 tall with a blue bandana hiding his face.”

Fortunately, Rhys keeps a Redback pistol crossbow in her home.

“I ran and grabbed my crossbow and had a little tussle with a second man who had a machete,” she said. “He went to grab it, but I managed to spin and shoot him in the belly with it at close range.”

The home invader didn’t take kindly to being shot with the crossbow.

Rhys added that she “tried to throw the cross bow through the window to raise the alarm but the curtains caught it like a goalie net.”

Drugs were the apparent motive for the home invasion. Rhys claims the suspects entered her home demanding to know the location of her marijuana “grow.”

“There were four of them – all masked, white and skinny – one shot down to my cellar and one to my loft looking for a weed farm,” she said. “Obviously they didn’t find anything. … They had been given some bad intelligence.”

Rebecca told police her son Dillon was awoken by the noise. He rushed downstairs and was threatened with garden shears.

“Ms Rhys attempted to stand and was hit on the head with the hammer the tall man was wielding,” Mcarvel said in her statement. “All four men were in the front room now shouting ‘Keep your f****** heads down. Where’s the weed? Where’s the grow?”

After realizing it wasn’t a grow house, the suspects took off. They remain at large.

Prepare For The Worst

Needless to say, Rhys—who suffered injuries to her head, hand and leg—is glad she had the crossbow handy.

“It is a home defense weapon,” she said. “I am a prepper. I believe you should hope for the best and prepare for the worst.”

Rhys added that she wishes she “had another four crossbows.”

In addition, Rhys said she had her crossbow loaded. She apparently practices with it in her garden, “which is 130 feet long. The bolt I shot him with was dirty because I had been using it. It was six inches long and disappeared into him. He had to have gone somewhere for treatment. With that and all the blood I am surprised the police have not picked him up. They must have come across him before. You don’t just wake up one day and become an armed robber.”

Police are still investigating the break-in. Rhys claims her crossbow wasn’t confiscated, but she voluntarily turned it into police for examination. She hasn’t been charged with any crime.

“We were called to reports of a burglary. Four men had forced entry armed with weapons. The occupant confronted the men and they fled after a short altercation. The victim told police she shot one intruder with a crossbow but we have so far been unable to trace any injured party,” a Bedfordshire police spokesperson told The Sun.

According to The Sun, Rhys has an “arsenal” of other weapons in her home. She evidently keeps a “bed kit” near her bed at night. It includes a knife and a torch. Meanwhile, a neighbor has installed CCTV for the family.

“I am still patrolling the house. The police have taken my crossbow. I have got a knife in my pocket now,” she told the Daily Mail. 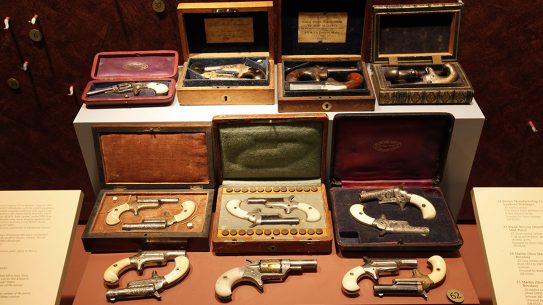 Concealed carry isn’t a new concept. It was a common practice in the Wild...