Dick Casull and Jack Fullmer developed the .454 Casull cartridge back in 1957. This stout round is basically an enlarged and strengthened .45 Colt cartridge, just like the .357 Magnum is to the .38 Special and the .44 Magnum is to the .44 Special. The cartridge was first announced in the November 1959 issue of Guns & Ammo magazine. 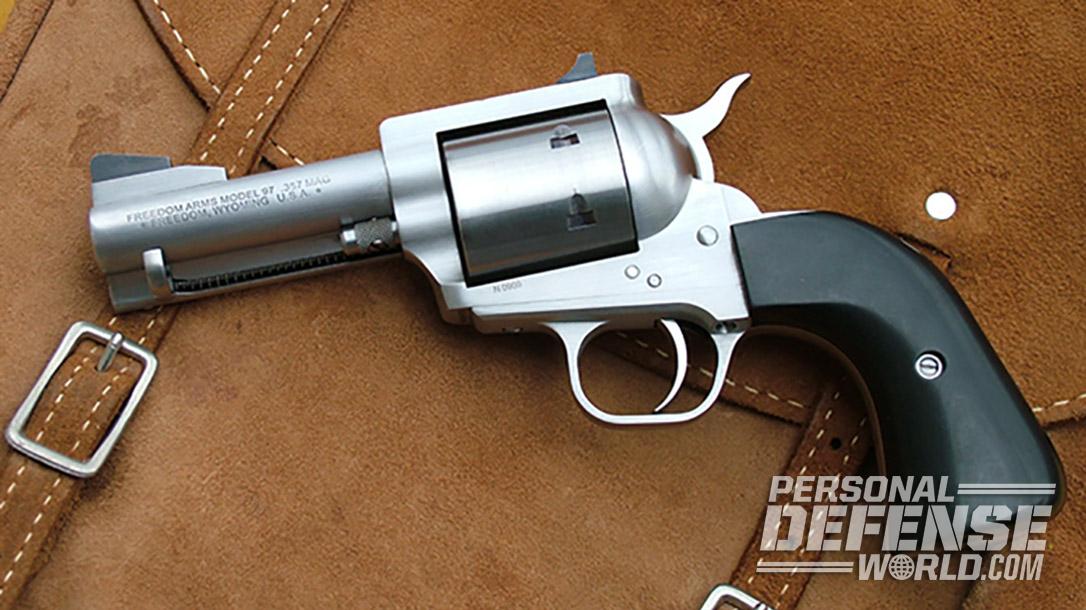 The first manufacturer to create a firearm for this powerful cartridge was Freedom Arms, a custom/semi-custom arms-maker located in a scenic mountain valley of western Wyoming. Freedom Arms’ single-action revolvers are considered to be “semi-custom” because they are production firearms, but they are all hand-built to strict specifications. And even though Freedom Arms makes revolvers in many popular calibers, the company’s most well known are chambered for the powerful .454 Casull cartridge.

Freedom Arms makes two versions of the Model 83 in this chambering—the Premier Grade and the Field Grade. The Model 83 Premier Grade has a bright, brushed stainless finish with a little more attention given to cosmetic details. This revolver’s rear sight is screw adjustable for elevation and windage, and the grip panels are made of laminated hardwood with resin bonding. Premier Grade revolvers also come with limited lifetime warranties for the original owner. It should also be mentioned that all Model 83s come with manual sliding bar safeties.

The Model 83 Field Grade is made with the same materials and machining tolerances as the Premier Grade, but it has a more economical matte finish for less glare and the rear sights are screw adjustable for elevation and drift adjustable for windage. The Field Grade comes standard with rosewood grips. It also has a limited one-year warranty to the original owner.

These Freedom Arms revolvers in .454 Casull are built to hold five rounds instead of the more traditional six. This is due to the tremendous chamber pressures generated by the .454 Casull. A five-round cylinder provides more material between each chamber to withstand such high pressures when this cartridge is fired.

The two revolvers I tested were both custom made for Peter Pi, the owner and president of CorBon Ammunition. Both are Model 83 Premiere Grade revolvers, but they were customized to Pi’s specifications. The first features a 5.25-inch, octagonal barrel with a Mag-Na-Port “Predator” conversion as well as adjustable iron sights. The second is a Mag-Na-Port “Stalker” conversion with a 7.5-inch, octagonal barrel. This model doesn’t have sights, but instead has a Weaver-style rail on the topstrap to mount optics or red-dot sights.

The first things I noticed about these guns were their meticulous fitting and fine tuning. All of the individual parts of both revolvers felt like they were melted together. The tolerances and fittings were impeccable. The lock work for both triggers was among the best I’ve ever felt. The Predator’s trigger pull weighed less than 2 pounds, and the larger Stalker’s trigger pull weight measured around 3 pounds.

I tested both revolvers with one .45 Colt load—Hornady’s 185-grain Critical Defense FTX, which is rated for 920 fps—and two .454 Casull loads from CorBon: 240-grain JHPs with a rated muzzle velocity of 1,450 fps and 250-grain DPX rounds rated for 1,512 fps. My first task was to set up a chronograph and get some velocity data for both revolvers, and I immediately got a firsthand taste of the .454 Casull’s reputation for stout recoil.

The Hornady load had an average muzzle velocity of 1,116 fps through the 5.25-inch-barreled Predator model. The 240- and 250-grain CorBon loads achieved 1,468 and 1,601 fps, respectively. With the 7.5-inch-barreled Stalker, the Hornady ammunition averaged 1,130 fps while the 240- and 250-grain CorBon rounds clocked in at 1,507 and 1,614 fps, respectively. As expected, all three loads were faster than their factory-rated velocities, and the Stalker had consistently faster results because of its longer barrel.

Next came the accuracy portion of the evaluation. I fired all three kinds of ammunition through both revolvers at 15 yards for a preliminary test, and then picked the best ammunition for the final accuracy test. Both revolvers performed magnificently with all three varieties, but the sure winner was CorBon’s .454 Casull 250-grain DPX ammo, which created 2.5-inch groups on average with both revolvers. The Stalker even created a 1.9-inch cluster with the DPX ammo. 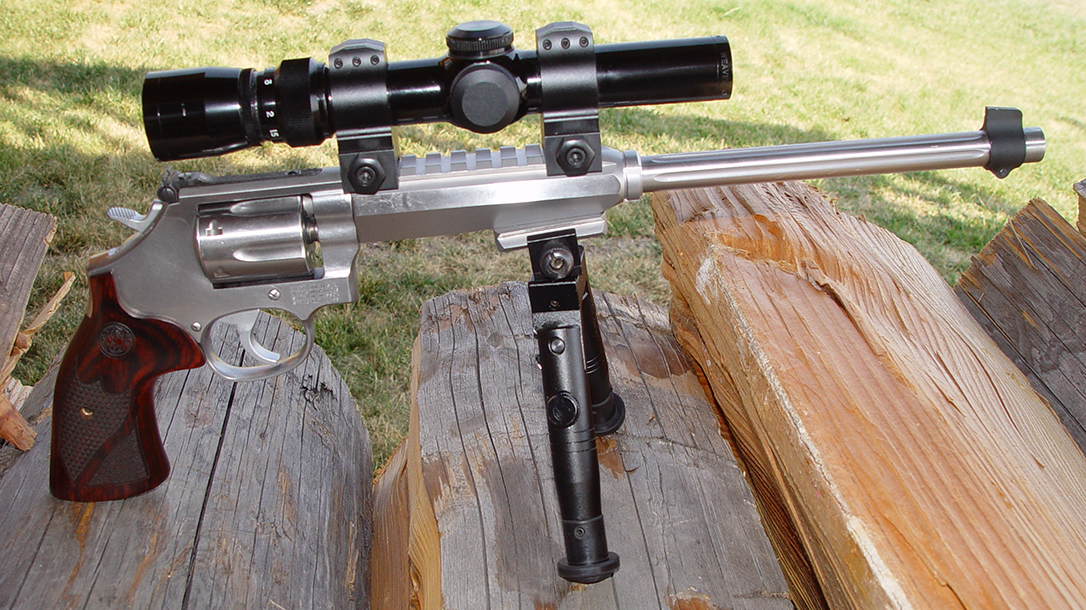 The final portion of the test was focused on the revolvers’ reliability. I loaded each revolver with the 240-grain CorBon rounds and fired it twice, and both of the revolvers performed flawlessly. Fast or slow, no matter how I pulled the hammer and pressed the trigger, each revolver ran reliably, shot after shot.

In the end, it was easy to see that these .454 Casull revolvers are nothing but outstanding. I’ve fired many different custom firearms in the past, but these revolvers are just about the best built I’ve ever had the pleasure of handling and firing. They are must-haves for recreational shooting, target shooting and hunting.

Speaking of hunting, many North American handgun hunters consider Freedom Arms’ single-action revolvers to be the best available in terms of reliability and accuracy. That’s a ringing endorsement.

If I were in the market for a perfect all-around handgun with accuracy, reliability and the outmost craftsmanship, a Freedom Arms revolver would be right at the top of my list—a firearm that holds the perfect balance between beauty and utility.