The gun control debate isn’t just being waged in the halls of Congress. It’s also happening in local communities. Take Greensboro, N.C. as an example, where a man named Mark Robinson got up in front of his city council and gave an impassioned pro gun speech in defense of gun rights and the Second Amendment. Check it out above.

For context, Mayor Nancy Vaughan had proposed cancelling a gun and knife show at the Greensboro Coliseum Complex in the wake of the Parkland shooting. The Greensboro City Council met to discuss the idea. Robinson spoke during the public comment period at the meeting.

Robinson starts off his gun speech by wondering when the Greensboro City Council would start standing up for the “majority.”

Robinson then says that “every time we have one of these shootings, nobody wants to put the blame where it goes, which is at the shooter’s feet. You want to put it at my feet,” adding that gun control laws only hamper a citizen’s ability to protect his or herself from the perpetrators of those crimes.

“The majority want to be able to go to the gun show and buy a hunting rifle or a sporting rifle,” Robinson says. “There are no military grade weapons sold at the gun show. An AR-15 is not a military grade weapon. Anybody going into combat with an AR-15 is a fool. It’s a semi-automatic .22 rifle. You’d be killed in 15 minutes in combat with that thing.”

Robinson’s speech has gone viral, garnering over four million views since it was first posted by Rep. Mark Walker (NC-06) last week. When you watch it, you’ll see exactly why. 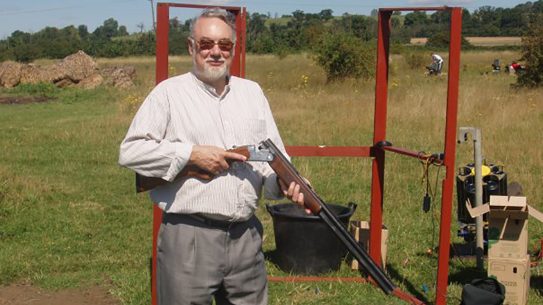 78-year-old Richard Osborn-Brooks was arrested in London for stabbing and killing a home intruder...