Double-Action Wisdom: Why Your Revolver Hammer Should Be Down

by David Kenik
in Guns, Handguns
0

Practice shooting in double-action mode in case you don’t have the time or dexterity to cock the hammer in a fight.

First off, there is the potential for a stress-induced failure. Under the extreme duress of a life-threatening encounter, the body releases large amounts of adrenaline and other chemicals into the body. This process is called body alarm reaction, or BAR. The chemical dump causes several physiological effects, including tunnel vision and auditory exclusion. This means that your peripheral vision will be greatly reduced, with your sight concentrating on the threat. Your hearing changes; you may just hear the click of your attacker’s gun, or you may not hear anything at all. Shooters involved in gunfights often state that they never even heard the sound of their own gun firing. 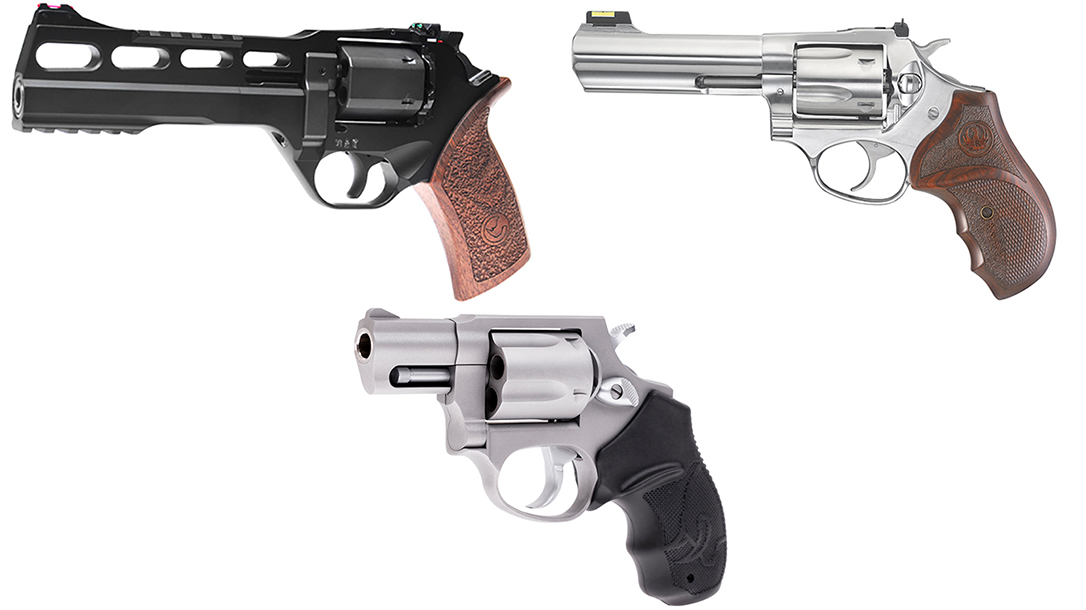 Under BAR, blood flow to the small muscles is reduced and instead pumped to the large muscle groups. This means that small body parts, such as fingers, lose dexterity and feeling. Your heart rate, breathing and blood pressure will also increase. Decreased cognitive ability is common. Under extreme stress, the ability to make decisions is labored and slowed—you may not be able to correctly judge distance and time. Time may appear to slow down or speed up.

The number of symptoms experienced and their severity will vary from person to person and incident to incident. The more stress that you have experienced in the past—especially if you train to shoot under stress—the less BAR may affect you.

That’s a long-winded way of saying that under the stress of a gunfight, your finger may slip when trying to cock the hammer, especially when reduced dexterity is combined with sweat, which also can occur under stress. Depending on the location of the hammer and the rotational position of the cylinder when it accidently falls, it may foul your shot. This will prevent or delay you from shooting to defend yourself. It may also cause a negligent discharge.

You might train to always cock the hammer on the first shot with your support hand. But what if that hand is busy with other tasks during an emergency that requires your gun? It may be holding your family back behind you, it may be blocking a punch, it may be punching, it may be holding your attacker or it may have even been injured in the fight. With any of these circumstances, you may not be able to accomplish what you trained yourself to do on the range.

If you train to always cock the hammer with your strong hand, moving your thumb from around the grip to the hammer reduces your hand purchase on the gun’s grip. This means you might drop the gun if you are in a struggle or are pushed or tripped.

If you plan on deciding at the last second which hand to use to cock the hammer, or if you will cock the hammer at all, it is important to understand that BAR may slow your thought process, reducing your ability to make that decision and slow your reaction to the attack. The fewer gun-handling issues that you have to think about, the better. Shooting skills should practiced enough to be instinctive. This will allow you to reserve your thought processes to concentrate on the fight before you.

If, after cocking the hammer, the fight ends without you firing a shot, you will need to safely reholster the gun. You first need to hold the hammer back while squeezing the trigger to lower the hammer. The same BAR issues of reduced dexterity and feeling in your fingers, combined with sweat, may make that very dangerous. Sure, you can do it on the square range. But have you practiced it under the extreme stress of a life-
threatening encounter?

The reduced length of pull and lighter pull weight of a single-action trigger is a double-edged sword. Yes, it makes it easier to pull the trigger and shoot accurately. However, it also turns it into what is commonly refereed to as a “hair trigger.” Such a light trigger may cause you to have a negligent discharge in a real crisis.

It’s been proven that shooters under high stress often touch the trigger subconsciously in what retired law enforcement officer and trainer Dave Spaulding calls “trigger confirmation.” In video simulation training run for his old department, Spaulding observed that 632 out of 674 officers periodically placed their fingers in the triggerguard. In discussions with the officers afterward, he noted that the officers he observed doing these “trigger searches” had no memory of doing so. The act was totally subconscious. Combined with a hair trigger, this is a ballistic disaster in the making. 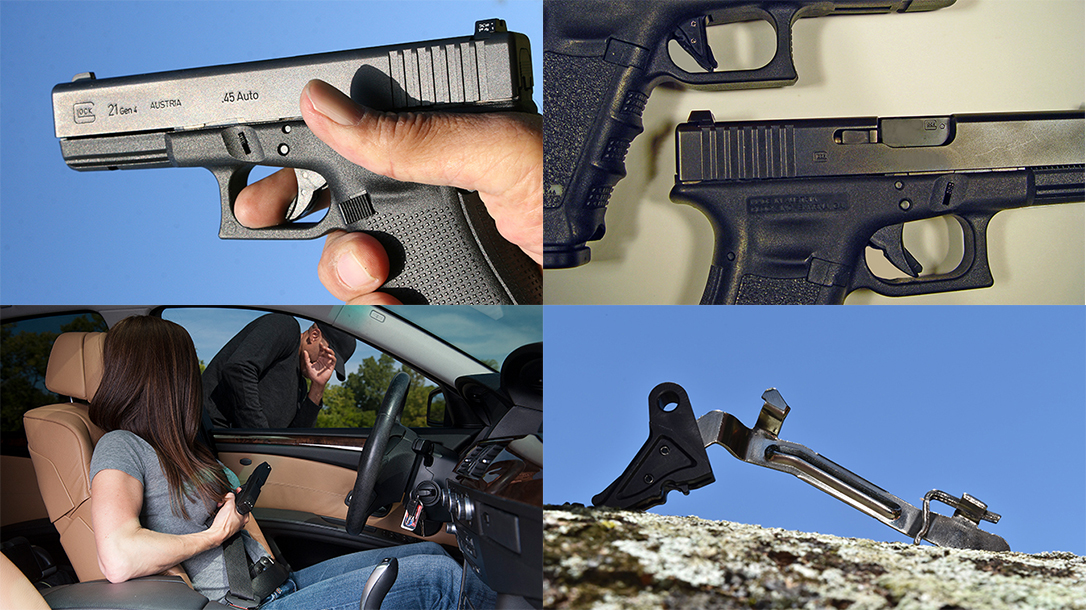 Another issue with training to cock the hammer back on the first shot is that you may not have time to do so in a real gunfight. Just as with carrying a pistol “Israeli style” with an unloaded chamber, that extra second may not be available. You may have to shoot as soon as you clear your holster and have your gun pointed in the direction of your attacker.

Last, but not least, are potential legal issues. A prosecutor may try to use the fact that you cocked the hammer against you in court. They may try to convince the jury that that extra second to cock the hammer proves that you were not under immediate attack; otherwise, you would have fired right away without wasting time. They may claim that you should have used that time to run away or take a different action instead.I am in no way saying that those points are valid, but let’s face it: Your chances of having a “jury of your peers” who understand guns as well as we do is somewhere between zero and zilch. An unscrupulous prosecutor will use any means necessary to instill doubt of your innocence into the jury at any cost, truth or logic be damned.

Massad Ayoob regaled me with the story of an actual trial where a prosecutor attempted to persuade the jury to ignore the defendant’s affirmative defense that the shooting occurred in order to defend himself from a life- threatening attack, and to substitute the prosecutor’s tale that the defendant cocked his hammer, and the gun discharged accidently due to the light, short trigger pull. He would rather have seen the defendant convicted of negligent homicide than to have him declared innocent. A notch on his belt was more valuable to him than the fact that the defendant was actually justified in the use of lethal force to defend himself.

When the defense demonstrated that the defendant’s gun had been gunsmithed to remove the possibility of shooting in single-action mode, the prosecutor lost all credibility, and also the case. The point is, prosecutors will use anything against you—sometimes even if it’s wrong. Don’t give them any more ammunition to use against you.

It does take more skill to shoot in double-action mode. Proper and consistent training is the key. Practice pulling the trigger back smoothly and slowly while maintaining a proper sight picture, without jerking it. You can do as much good practicing this technique in dry fire as you can with live ammunition on the range. Add stresses such as timed shoots, shooting against a partner, shooting multiple targets and shooting while moving. As your shooting skill increases, pull the trigger a little quicker until A-zone hits are easy at any speed.

For the aforementioned reasons, all of my own carry revolvers are hammerless (internal hammer) or spurless designs. Not only are they better to draw since there is no hammer spur to get caught on anything, but they also can’t be fired in single-action mode.