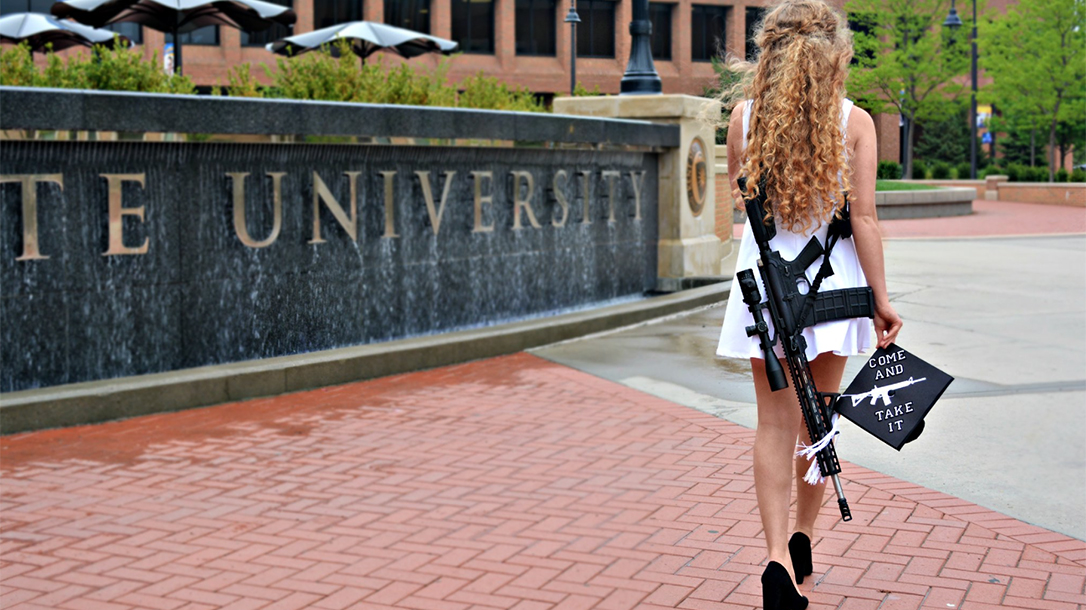 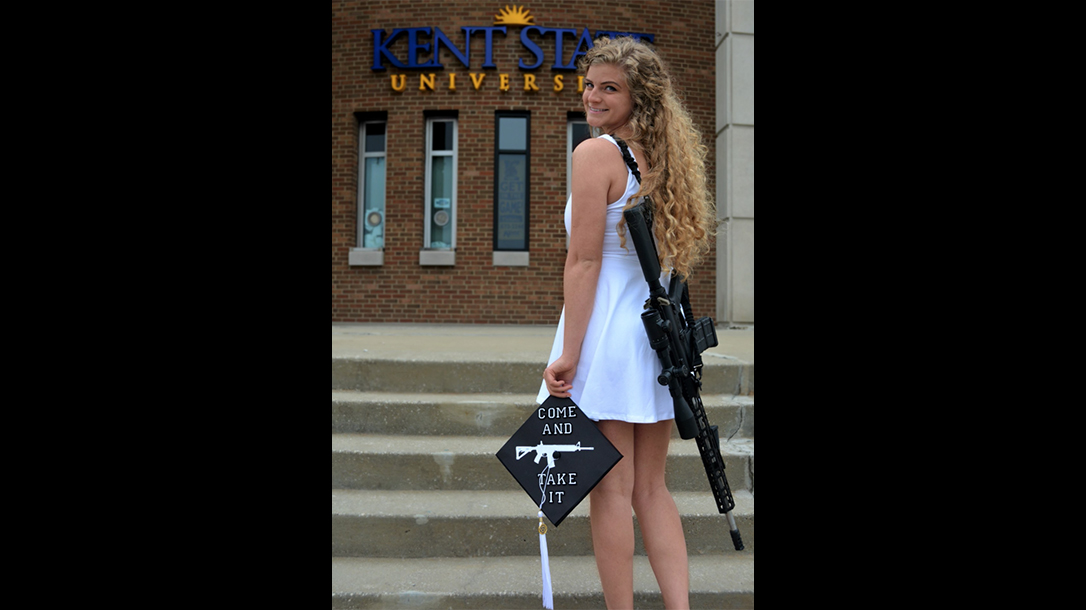 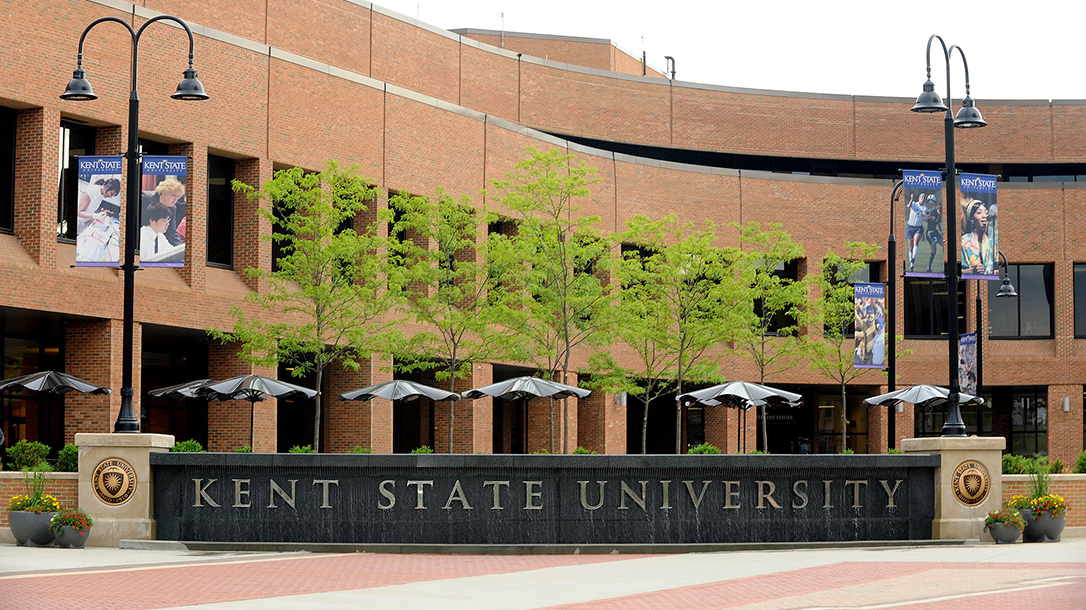 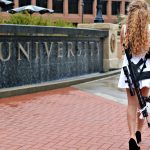 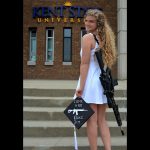 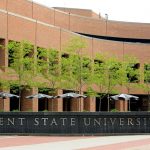 A Kent State graduate in Ohio went viral after she posted a photo of her carrying an AR-10 rifle and a graduation cap with the phrase, “Come and Take It” written on it.

Ohio currently allows campus carry, but each school has the final say as to whether or not it is allowed on its grounds. Kent State prohibits it. Meanwhile, Ohio is also an open carry state, yet the practice is forbidden for Kent State students. Non-student guests, however, can open carry on campus.

That’s why 22-year-old Kaitlin Bennett, who had just graduated from Kent State with a degree in Biology, put the following photo up on her Twitter account:

Now that I graduated from @KentState, I can finally arm myself on campus. I should have been able to do so as a student- especially since 4 unarmed students were shot and killed by the government on this campus. #CampusCarryNow pic.twitter.com/a91fQH44cq

“You see in the media a lot about college students and high school students being advocates for gun control,” Bennett told WKYC. “But you don’t see a lot going viral about students who are pro-second amendment and pro-gun rights.”

Days after posting that first picture, Bennett posed for another photo with her AR-10:

I have no apologies for my graduation photos. As a woman, I refuse to be a victim & the second amendment ensures that I don’t have to be. pic.twitter.com/5CKmQobrMb

Needless to say, the photos attracted both praise and criticism, with Bennett battling back against her opponents.

In another tweet, she took aim at those who called her AR-10 an “assault rifle.”

Wouldn’t it be awkward if the people calling my AR-10 in my grad photos an “assault rifle” found out assault rifles are banned & the AR-10 fires at the same rate as any modern pistol?
Don’t talk about gun control when you can’t even get your facts straight.

Kent State spokesman Eric Mansfield said Bennett was within her rights to open carry her AR-10, telling The Blast, “After graduation, [Bennett] joined the ranks of our proud graduates. So at the time of this photo, she and other graduates would be permitted to open carry on our campus.”

“Universities that prohibit students from defending themselves but allow guests to do so are in a sense saying that they don’t value the safety of their students,” she said. “Why are guests more important than the students who are paying thousands of dollars to attend the university?”

Mansfield counters that Kent State’s police force of 30 officers can protect the students on campus.

“The university has a full-time, certified police force of more than 30 sworn officers who protect the campus,” Mansfield said. “These officers are visible, well-trained and on duty 24/7 in support of students, staff and faculty.”

Bennett rejects this, though, stating that, “pulling out a gun is easier than dialing 911.”

This isn’t Bennett’s first brush with media attention. Last month, she was one of the organizers of a gun rights march on the Kent State campus. 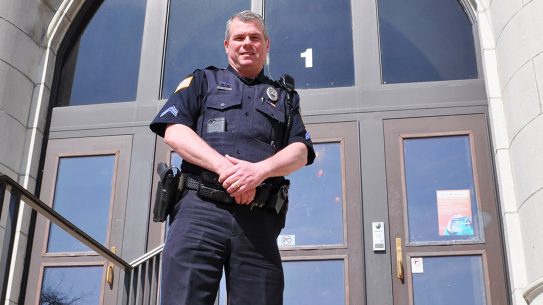