0
SHARES
0
VIEWS
Share on FacebookShare on Twitter
A man holding his infant daughter fought back against a pack of would-be robbers, drawing his gun and shooting one of the suspects in self defense. 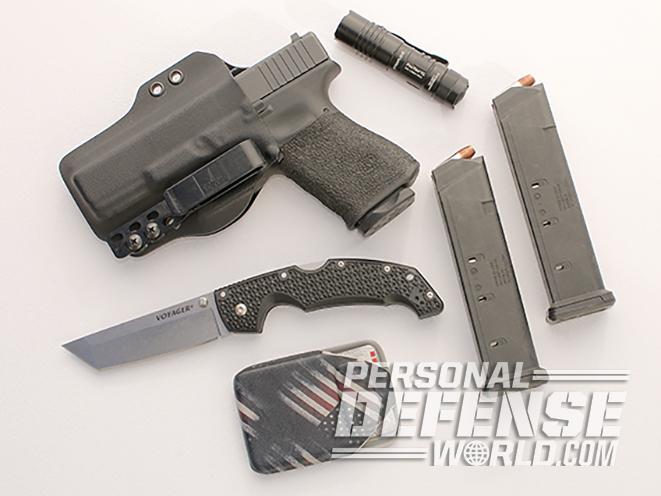 The armed citizen, identified as 21-year-old Martavious Conner, was walking back to his vehicle outside a McDonald’s in Memphis last week when a man walked up and asked if he had a lighter. Then, without warning, three other men suddenly approached, and all four men started attacked him.

“I’m getting choked out from the back, then I’m getting hit all in my face,” Conner told Fox13 Memphis.  “And I have her in my hands at the time.”

David Chase, who witnessed the whole thing and called 911 from across the street, said, “They jumped out of the car and they started fighting him and trying to take his wallet and stuff,” adding, “He was fighting them. He dropped his baby and started fighting them and the child was just sitting on the concrete.”

Conner managed momentarily get away from the suspects, one of which he said was “packing heat.” He scooped up his daughter, threw her in his car and grabbed a pistol he keeps under his seat.

That’s when Conner opened fire. He says he shot one of the suspects once in each leg.

But the other suspects managed to overpower Conner again. One of them took his gun, pointed it at his head and pulled the trigger.

All four attackers then immediately took off in their getaway vehicle. Police located and arrested Cortez Cole, Ladarius Pugues, Quinton Webb and Terrell Pullen at a fire station two miles away. All four have been charged with robbery. Furthermore, Cole has been hit with an additional charge of being a convicted felon with a gun. In addition, Pugues is currently in the hospital being treated, but is expected to survive. Pullen is a former classmate of Conner’s.

Police haven’t said whether or not Conner will face any charges in relation to the McDonald’s shooting, but people who spoke to WREG didn’t think he should.

“If I’m being robbed and I fire back, that ain’t my fault,” said Karl Shields.

“He was doing what any father should have did: protect his child,” Chase said.