The Springfield Saint AR pistol in 5.56 was introduced back in November, but it was only a matter of time before the company added a .300 BLK option. That day has arrived. 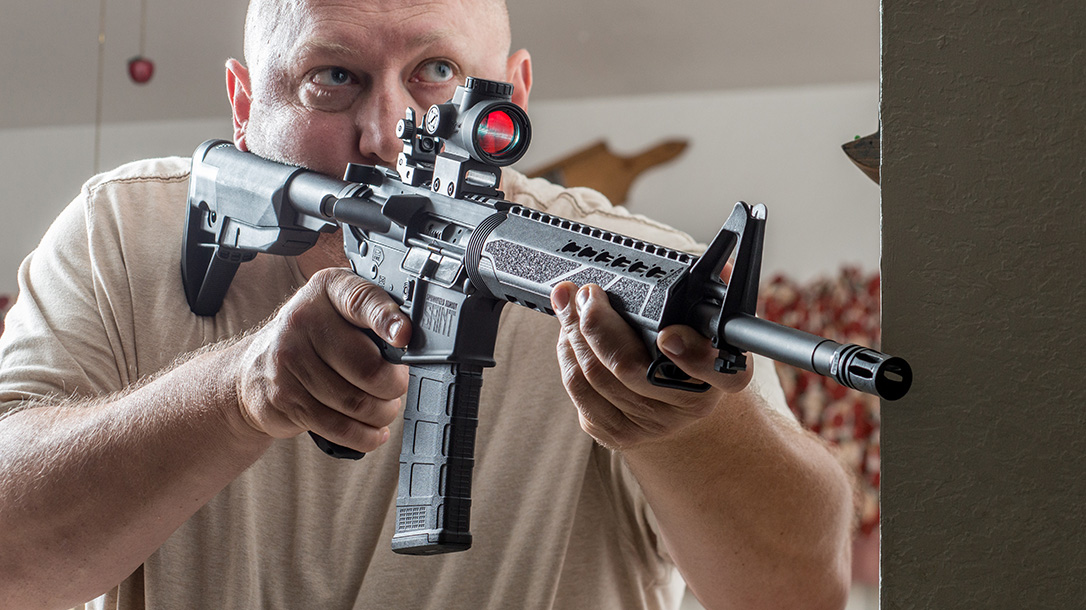 This model also features a M16 bolt carrier group which is precision-machined from carpenter 158 steel, shot peened, magnetic particle inspected and finished in melonite. In addition, it’s fed from a 30-round Magpul Gen M3 magazine.

Weighing just 5.9 pounds and measuring 27.75 inches in overall length, Springfield says the .300 BLK Saint is a solid choice for home defense. MSRP: 989. Specs are below, along with a video.

For more, go to Springfield-Armory.com.