Auto Shop Owner Shoots Burglar: ‘He Played With Fire and Got Burned’

An auto shop owner in Temple City, Calif. opened fire on a pair of burglary suspects, shooting one and holding him at gunpoint until police arrived. 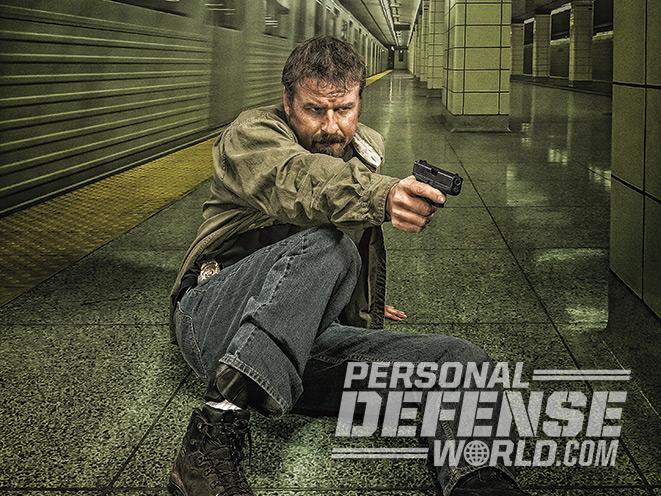 The shop owner, identified only as Bob, told NBC4 he was fed up after being burglarized three separate times over the past few weeks, so he started sleeping at his establishment with a .380 pistol nearby in case a fourth incident occurred.

“You can only take so much,” Bob said.

At around 3:45 a.m. on Monday, Bob was awoken when, as the surveillance footage indicates, the suspects returned and pried the door open with a crow bar. This time, Bob was ready.

“I was sleeping and heard banging on the front door,” Bob told KTLA. “I knew right away what it was, so I jumped up and armed myself. By the time I got to the door, they were inside, so I fired a few rounds.”

The footage shows the suspects taking a few steps into the auto repair shop before Bob meets them head-on, shooting the windows on the repair shop and sending a round through the first suspect who illegally entered the shop.

While Bob held him at gunpoint until police arrived, the injured suspect cried and asked Bob why he shot him. He also asked Bob to call his wife.

“He was distraught, but he played with fire and got burned,” Bob said.

The second suspect took off in a getaway vehicle. However, he soon lost control of the car and veered onto a curb half a block away. Deputies arrested him after they found him in the front yard of a nearby home.

The injured bad guy has been identified as 35-year-old Steven Sissoyev. He was taken to a local hospital for treatment. His wounds are not life-threatening. He’s expected to be booked for burglary when he’s discharged from the hospital.

Lt. Tom McNeal of the L.A. County Sheriff’s Department says Bob’s use of force was justified.

“He has the right to defend that business,” McNeal said.

Bob says the thieves stole about $25,000 worth of equipment in the most recent burglary at his auto shop. Some of that equipment was found in the suspects’ getaway car, along with other people’s belongings. He wants this incident to serve as a warning to other people thinking about pulling off a similar stunt.