Tick-Tock: Less Than a Week Left to Register Bullet Button Rifles in CA

In 2007, “bullet buttons” hit the scene in California. A bullet button is a device recessed within a block that can only be pressed using a tool—or a bullet tip—in order to release a 10-round magazine. The mechanism was designed as a workaround for California’s detachable magazine ban. 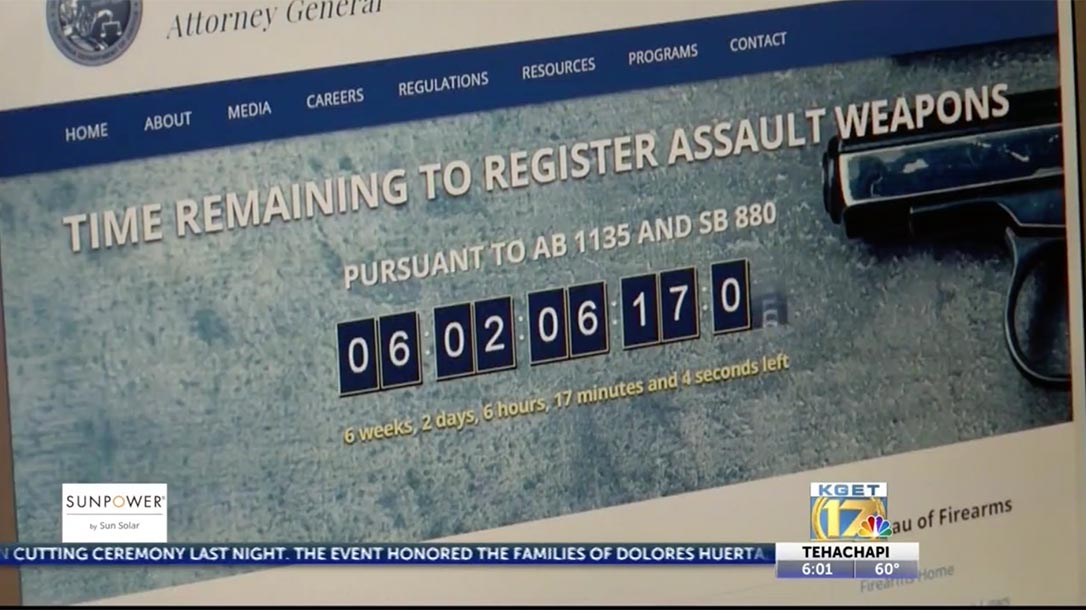 In 2016, the state of California passed a bill banning bullet button rifles. Golden State gun owners already in possession of one of those rifles can keep them, but they must register them with the California Department of Justice. The DOJ recently reminded gun owners that they now have less than one week to do so.

According to the DOJ press release, registration of all bullet button “assault weapons” must take place by 11:59:59 p.m. on June 30, 2018. The DOJ website even has a giant countdown clock, just in case the date slips the minds of law-abiding gun owners.

“Pursuant to Assembly Bill 1135 and Senate Bill 880, effective January 1, 2017, any person who, from January 1, 2001, to December 31, 2016, lawfully possessed an assault weapon that does not have a fixed magazine, including those weapons with an ammunition feeding device that can be readily removed from the firearm with the use of a tool, shall register their firearms with the California Department of Justice,” the presser reads.

“Assembly Bill 1135 and Senate Bill 880 also define the meaning of “fixed magazine” to mean an ammunition feeding device contained in, or permanently attached to, a firearm in such a manner that the device cannot be removed without disassembly of the firearm action,” the press release adds.

California residents wishing to register their bullet button rifles have to pay a $15 registration fee, log onto cfars.doj.ca.gov and submit the following:

Earlier this month, a California man tried to register his legally-owned AR-15 with the California DOJ. He did so in an effort to comply with the looming deadline. After examining photos of his rifle, the DOJ decided his gun was “illegally modified.” They then raided his home, arrested him and charged him with a dozen felonies.