A judge has issued an injunction preventing officials in the Chicago suburb of Deerfield, Ill., from enforcing a ban on “assault weapons” just hours before the measure was to take effect.

On April 2, in the wake of the Parkland shooting, the Deerfield Village Board of Trustees voted unanimously to ban so-called “assault weapons.” The ban barred residents from owning a semiautomatic rifle, pistol, or shotgun capable of accepting more than ten rounds of ammunition, in addition to certain features as defined in the ordinance. Those found in violation of the measure faced a fine of up to $1,000 a day. The ban was set to be enforced starting on June 13.

In response, gun rights groups including the NRA, Guns Save Life, the Illinois State Rifle Association and the Second Amendment Foundation filed two separate lawsuits challenging the ban on the grounds that it violated the state’s preemption law.

On Tuesday evening in the 19th Judicial Circuit Court in Lake County, Judge Luis Berrones issued a temporary injunction blocking enforcement of the ban until the lawsuits are resolved.

“We moved swiftly to challenge this gun ban because it flew in the face of state law,” SAF founder and Executive Vice President Alan M. Gottlieb said. “The village tried to disguise its extremism as an amendment to an existing ordinance. The ordinance bans possession of legally-owned semi-auto firearms, with no exception for guns previously owned, or any provision for self-defense.”

“Worse, still,” Gottlieb added, “the ordinance also provided for confiscation and destruction of such firearms and their original capacity magazines. It was outrageous that the ban would levy fines of up to $1,000 a day against anyone who refused to turn in their gun and magazines or move them out of the village. This certainly puts the lie to claims by anti-gunners that ‘nobody is coming to take your guns.'”

Gun rights groups won this round, but the Deerfield assault weapons ban isn’t going anywhere; village officials are looking at all legal options available to them.

“We are reviewing with our legal team the full written opinion that the judge entered,” the village board said in a statement. “We will, of course, honor the order issued by the court and temporarily not enforce the ordinance,” Deerfield said. “But we are certainly going to review all of the options available to the village, including the right to appeal the decision to the Illinois appellate court.” 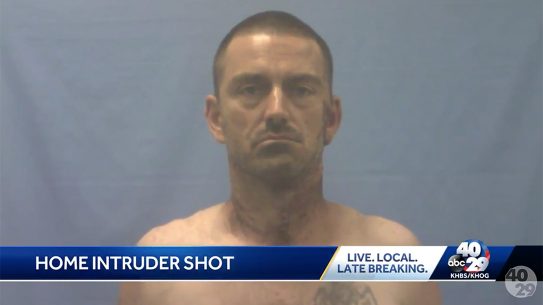 VIDEO: Homeowner Shoots Intruder in the Head with Birdshot Shotgun

An Arkansas homeowner shot a home invader in the head with his birdshot shotgun....