A Florida CCW permit holder shot a man who used a gun to threaten his co-workers at a roofing business last weekend. Check out the security footage of the shooting in the video above. 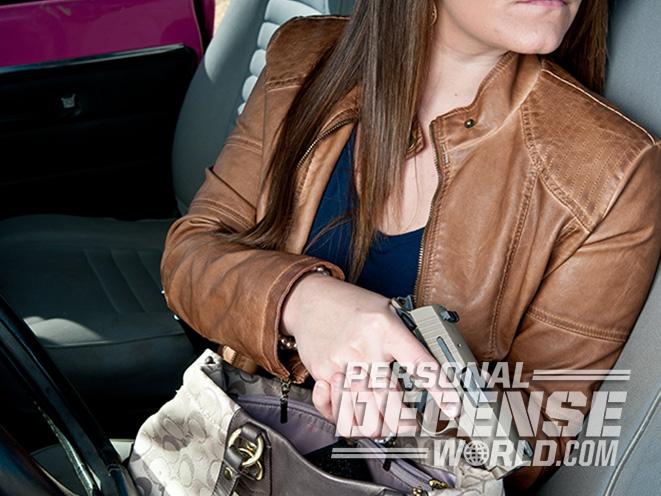 Fox affiliate WFTX says it all started when 29-year-old Kevin Bruzos pulled a gun and threatened a man during an argument at Campbell Roofing in Cape Coral. Bruzos left, but he soon returned and threatened the same man with the gun, in addition to a second person.

One of the people being threatened drew a gun of his own. He ordered Bruzos to drop the weapon. Bruzos ignored him. Instead, he pointed his gun at the armed good guy, who reacted by opening fire and shooting Bruzos.

News reports don’t indicate how many times Bruzos was shot. Judging from the security footage, however, it looks like he was hit once. Police arrived at around 3:45 p.m. and transported Bruzos to a local hospital for treatment. ABC7 says he is in serious condition.

Bruzos has been charged with aggravated assault with a deadly weapon. He’s also been hit with a charge of possession of a weapon by a convicted felon. Yes, Bruzos is a convicted felon, and therefore shouldn’t have had access to a gun at all.

Local paper The News-Press says that Bruzos has prior convictions for third-degree burglary, drug possession and criminal mischief.

The man who shot Bruzos has not been identified. Police did confirm that he is a licensed Florida CCW permit holder. He is not facing any charges in relation to the incident.