A Memphis homeowner used an AK-47 to shoot and kill two burglars inside his home on Friday night. 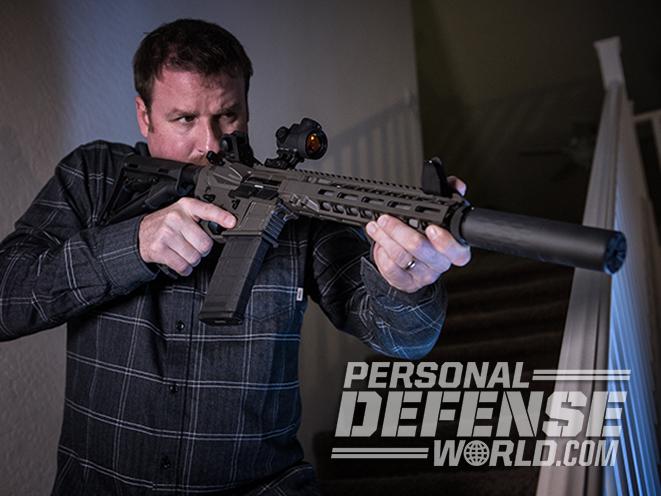 WREG reports that the incident began when the homeowner—who wants to remain anonymous for safety reasons— and a friend arrived home from a local barber shop at around 7 p.m. to find his door pried open and his caged dog barking. Then he saw two strangers rifling through his belongings.

Alerted to the homeowner’s presence, the intruders pulled out guns. One of them aimed his gun at the homeowner and his friend and pulled the trigger. Fortunately for the homeowner, the weapon jammed. Both suspects then ran to the kitchen.

“I’m assuming they were trying to go out of my back door so as they go through there I jumped in the closet and get my AK-47,” the homeowner told Local Memphis.

Fox 13 Memphis says the suspects began firing at the homeowner and his friend from the patio. That’s when the homeowner raised his AK-47 and pulled the trigger.

“I just let loose, not knowing it hit both of them,” the homeowner said.

Memphis police questioned the homeowner, but he supplied investigators with home surveillance footage to back up his claim that he acted in self defense. He was eventually released by the MPD. The District Attorney’s office is declining to press charges.

“These boys need their father and need some type of discipline. They’re out here without any fear,” the homeowner said, adding that, while he regretted that the intruders were killed, “it was either me or them.”

This isn’t the first time the homeowner has dealt with violence; his home was shot up less than a year ago.

“I don’t know what’s going on but I know I’m going to defend my life to the best of my ability,” he said.

The homeowner says he’s worried that he could be targeted for retaliation as a result of this latest incident.

“That’s a possibility. You never know how someone else’s family may perceive the situation, but I mean, I just have to take it one day at a time,” he said.

The homeowner told Local Memphis that he plans on moving soon.