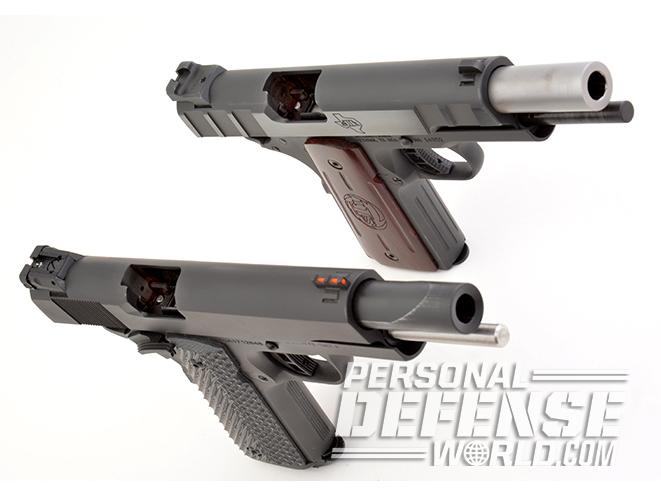 Recently several major corporations have made news by taking a stance advocating for stronger gun laws. The most notable of this movement may be Dicks Sporting Goods, who also owns outdoors specialty chains Field & Stream and Golf Galaxy. Dicks announced on February 28, that all of its stores would no longer sell “assault-style” rifles and introduced minimum age limit of 21 years old to purchase any style of firearm, regardless of local or Federal law. A later announcement stated that all firearms and accessories affected by the new policy would be destroyed.

In the same vein, online auction-hosting site Invaluable made a similar announcement in May, sending an email to auction houses utilizing its services stating that it would no longer sell, “all Class III weapons, “assault-style” semi-automatic rifles” as well as other items.

In response, Rock Island Auction Company has pulled its entire 2018 June Regional Auction, and its nearly 10,000 guns from the site and will not be listing its auctions on Invaluable, or its sister site AuctionZip, in the future.

For those who still wish to bid online with RIAC, two solutions are readily available.

Everything for RIAC Live is taken care of in-house right at Rock Island Auction Company. If you have questions on an item, need technical assistance, want to make special shipping arrangements, need to make a billing inquiry, etc, you only have to call one phone number. Plus, bidding directly with RIAC is cheaper with no additional fee for sealed bids. Bidding with RIAC Live is only a 1 percent fee instead of the 3 percent charged by Invaluable.

As always, please contact us with any questions, or if we can be of any help to our bidders who used the Invaluable platform.

RIAC’s upcoming June Regional Auction runs from June 21 to June 24. It starts at 9 A.M. CST each day. There’s a ton to peruse if you’re a collector. We’re talking everything from antiques to modern firearms of every type. To check out the catalog, go to rockislandauction.com.