In March, Kahr brand Auto-Ordnance unveiled its Victory Girls 1911, a custom gun designed as an homage to the women who bolstered industry at home during World War II while the men fought overseas. The company is continuing that WWII theme with its new Fly Girls 1911. Here’s how the gun is described in the press release: 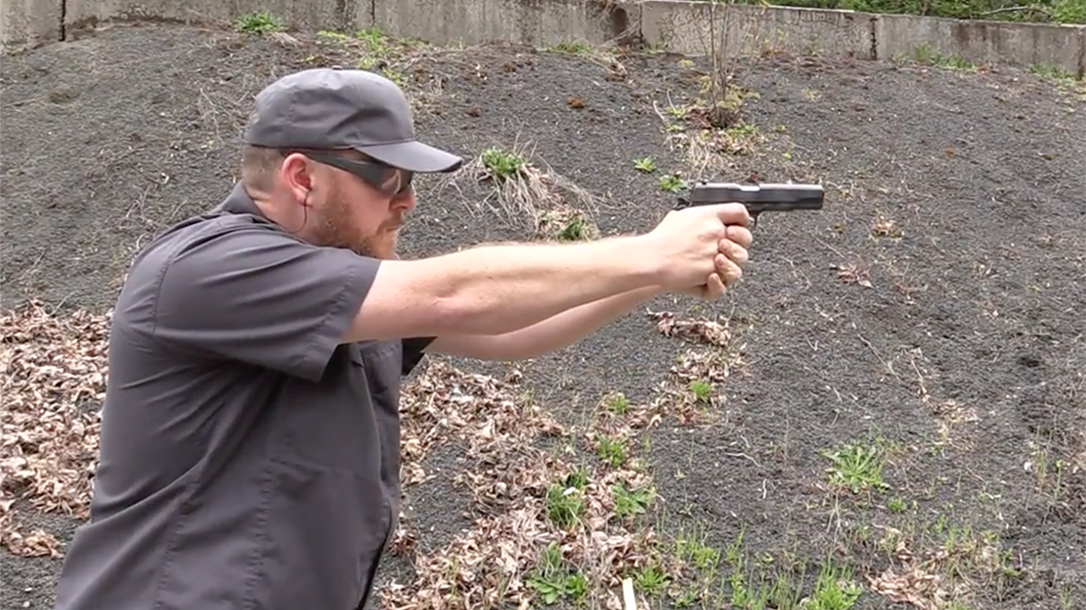 VIDEO: The Auto-Ordnance Victory Girls 1911 Gets a Range Workout

This custom pistol honors the Women Airforce Service Pilots (WASPs), who played a vital role in the war effort. Over 1000 women served as pilots during WWII, taking on vital roles operating aircraft in non-combat positions so their male counterparts could directly engage the enemy. These women aviators were pioneers in the profession, facing all of the risks and challenges shared by pilots of the time period. By war’s end, 38 had given their lives in service to their country.

The Fly Girls 1911 is an engraved and Cerakoted custom model. The right side sports the diamond-shaped badge of the Women’s Air Corps. The design is patterned after the shield of the Greek goddess Athena. Further on down are the years of WASP service, 1941-47, and the slogan, “Pistol Packin’ Mama.” On the left side is the line, “Original Fly Girls,” and the female cartoon gremlin “Fifinella,” which is a Walt Disney design adopted as the official WASP mascot during WWII. In addition, the Army Air Corps roundel can be seen on either side of the slide.

Similar to the Victory Girls 1911 and the Magnum Research We The People 1911, Kahr Firearms Group worked with Louisiana-based Outlaw Ordnance on this project.

For more on Auto-Ordnance, go to auto-ordnance.com.