A Cook County judge is facing a misdemeanor charge after accidentally dropping his concealed carry gun while inside the lobby of a courthouse last week. 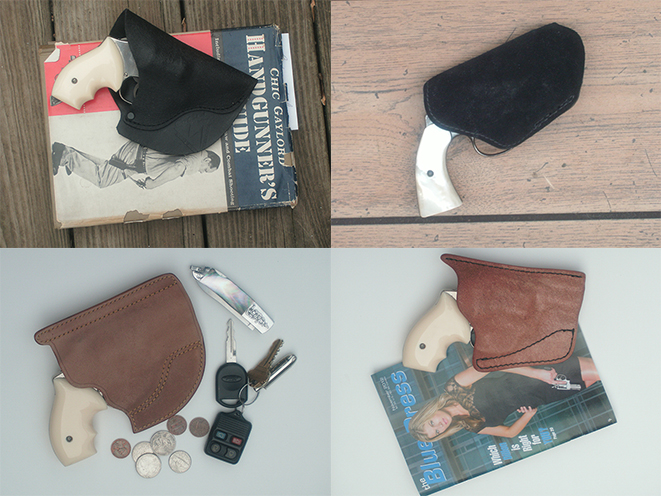 Newly released security footage shows Judge Joseph Claps, 70, walking through the Leighton Criminal Court Building in Chicago’s south side when a silver handgun suddenly drops out of a jacket draped over his arm, in full view of everybody present in the lobby. Claps quickly picks up the gun, puts it in his right pant pocket and continues on his way.

Cara Smith, the chief policy officer for Cook County Sheriff Tom Dart, told the Chicago Tribune the gun was loaded when it was dropped. Smith also confirmed that Claps has an Illinois FOID (Firearm Owner’s identification) card, as well as a concealed carry permit. State law, however, dictates that firearms be banned from courthouses even for those that are properly licensed.

ABC7 Chicago says two sheriff’s deputies who were present in the lobby reported the incident to their supervisor. Smith added that the deputies who saw Claps drop the gun didn’t detain him, most likely because they mistakenly thought a judge was allowed to carry a firearm inside the courthouse. As the Washington Post notes, it was also thought that perhaps Claps had an exemption to the state law due to a threat or another circumstance, but Claps had no such exemption.

As a result, Claps was processed and charged with carrying a concealed weapon in a prohibited area. That’s a Class B misdemeanor offense. He was never detained at any point during the process. Claps is scheduled to make his first court appearance, on the other side of the bench, next week in Maywood, Ill.

Robert Foley, a spokesman for the Cook County State’s Attorney’s Office, said Claps’ case is being handled by the Illinois Attorney General’s Office in order to avoid a conflict of interest; state’s attorney’s office prosecutors have presented cases in Claps’ courtroom.

In the meantime, Claps has been reassigned to “non-judicial” duties until further notice. That decision was made a closed-door meeting of 17 Cook County Circuit Court Judges. The meeting was chaired by Chief Judge Timothy Evans.

The Tribune reports that Claps has been a judge for over two decades. He’s spent the last 15 years in the Criminal Division of the Cook County Circuit Court. He’s previously worked as an assistant to the state attorney general, as well as a Cook County prosecutor.