A controversial Florida shooting has been ruled justified under the state’s “Stand Your Ground” law. 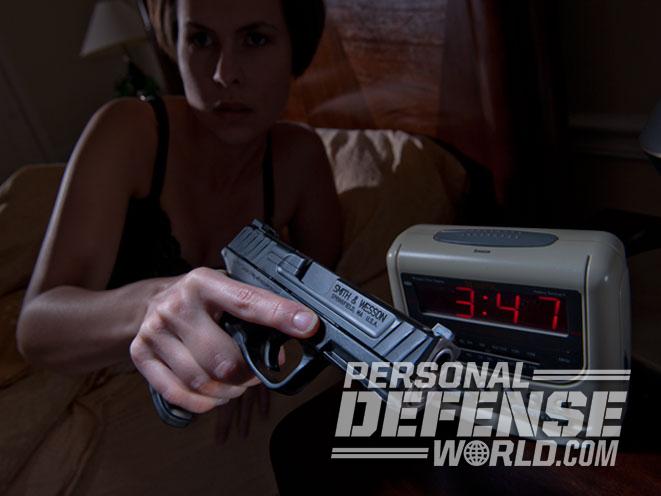 On Thursday, 28-year-old Markeis McGlockton, along with his girlfriend Britany Jacobs and their three children, pulled into the parking lot of the Circle A Food Store in Clearwater. McGlockton and his 5-year-old son went into the store while Jacobs and their two younger children—a 4-month-old son and a 3-year-old daughter—waited in the car.

While McGlockton and his son were in the store, witnesses say 47-year-old Michael Drejka approached the parked car and began yelling at Jacobs because the car was parked in a handicapped space—neither she nor her children are handicapped.

“A witness goes in the store and he let the owner know that there was somebody out there messing with a woman in a car,” Jacobs told “Good Morning America.” “My man hears what’s going on, sees the guy yelling at me and I’m sitting in the car.”

Alerted to the situation outside, McGlockton exited the store and approached Drejka. CCTV footage captures him walk up and violently push Drejka to the ground. Drejka then pulls out a gun, prompting McGlockton to begin backing away. It’s not seen in the footage above, but after a couple of seconds, Drejka shot McGlockton once in the chest.

McGlockton stumbled back into the store and collapsed. Authorities arrived on the scene and transported him to an area hospital, where he was pronounced dead.

“He told deputies that he had to shoot to defend himself. Those are the facts and that’s the law,” Gualtieri said at a press conference. “No matter how you slice it or dice it that was a violent push to the ground.”

“Our job and our role is not to substitute our judgment for the law and what the Legislature has crafted as the framework,” Gualtieri added, “but to enforce it equally and fairly as we’re required to do.”

Jacobs doesn’t agree with the decision not to charge Drejka.

“He wanted somebody to be angry at,” Jacobs told “Good Morning America” earlier this week, adding that Drejka was “picking a fight.”

“He’s getting out like he’s a police officer or something, and he’s approaching me,” Jacobs said in a Tampa Bay Times story. “I minded my own business … I didn’t do anything wrong.”

Richard Kelly, who frequents the Circle A Food Store, told NBC affiliate WFLA he also pulled into that same handicap space last month. In that incident, Drejka approached, looked at his decals and allegedly yelled at him after he determined he wasn’t allowed to park there.

“He was basically threatening to shoot me that day,” Kelly said.

Records indicate that Drejka does not have an arrest record. In 2012, however, he had a run-in with the Pinellas County Sheriff’s Office after he allegedly pulled a gun during a road rage incident. He denied pulling the gun; the driver also decided not to press charges. McGlockton has a drug conviction from 2010. He was also arrested for aggravated battery over a decade ago. That charge was dropped.

“Markeis wouldn’t be dead if Markeis didn’t slam [Drejka] to the ground,” Gualtieri said. “So Markeis has got skin in this game, too. And the reason why it makes it justified, and within the framework of ‘stand your ground,’ is because of what Markeis did.”

The decision not to charge Drejka has sparked protests and vigils in the area, with demonstrators demanding justice for McGlockton and his family.

“A young man’s life was taken for a senseless crime that should not have happened and I just want to know that if it was anybody else, a wife, mom, or whatever, would have done the same thing. He was protecting his family,” demonstrator Stephanie Battle told Fox 13. “You never should have approached her. You should have minded your own business. If you had a problem with her parking in the space that she was in, you should have called law enforcement.”

“He was a good man and all he was trying to do was protect his family,” Jacobs said. “I just want justice. I need something to be done because this is not right.”

Regarding Florida’s “Stand Your Ground” law, here’s what Chapter 776 of the 2108 Florida statute says:

(1) A person is justified in using or threatening to use force, except deadly force, against another when and to the extent that the person reasonably believes that such conduct is necessary to defend himself or herself or another against the other’s imminent use of unlawful force. A person who uses or threatens to use force in accordance with this subsection does not have a duty to retreat before using or threatening to use such force.

Gualtieri has forwarded this case to prosecutors for review. 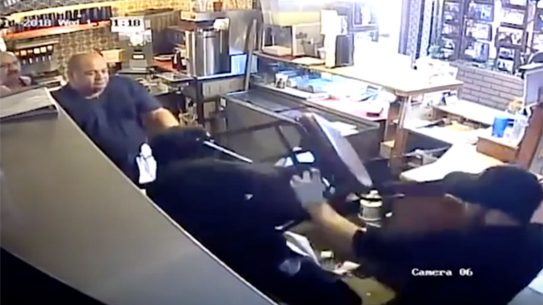 A knife-wielding robber at an Arizona restaurant was beaten over the head with a...