A Georgia waitress body-slammed a customer after he groped her buttocks in the middle of the restaurant where she works. 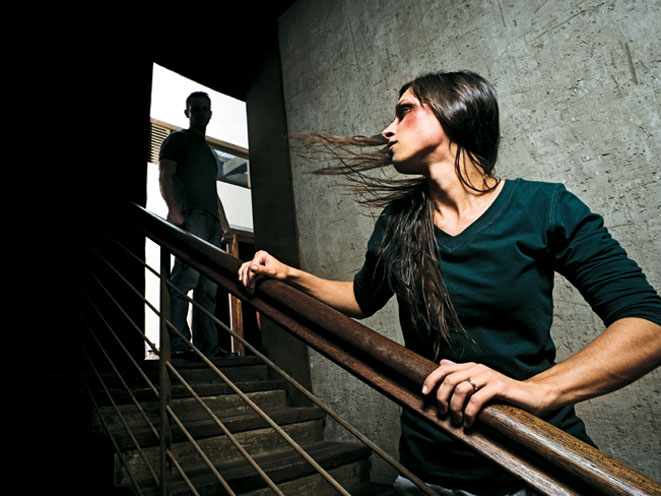 21-year-old Emelia Holden had just finished taking an order at Vinnie Van Go-Go’s in Savannah, Ga., when 31-year-old Ryan Cherwinski walked behind her and grabbed her backside. CCTV footage shows Holden immediately grab Cherwinski by his collar and throw him hard into a table.

“I looked at him and I said, ‘You don’t touch me, motherf****r!'” Holden recalled to People. “I didn’t even think, I just reacted. I don’t know how I reacted the way I did. I’ve never done that before.”

“When I felt that happen, my first thought was that it was one of my friends … it was a really intimate touch,” Holden added. “His hand went further than it should have so I was thinking, ‘There’s no way a stranger just did that.’ ”

After taking Cherwinski to the ground, Holden told a co-worker to call the police. When officers from the Savannah Police Department arrived, they looked at the CCTV footage. After reviewing the tape, they placed Cherwinski in handcuffs.

“The guy claimed that he was just trying to push me out of the way and, ‘Oh, I barely touched you.’ Once the police saw the video, they immediately arrested him. There was no doubt that he did it,” Holden says, adding that customers nearby gave her high-fives.

The Daily Mail says Cherwinski—who hails from Palm Bay, Fla. and has two children, as well as a long-term partner of 11 years who was with him in the restaurant—was subsequently handed over to the Chatham County Sheriff’s Office. He wound up spending two nights in jail and is now facing a charge of sexual battery.

“To see them put him in handcuffs, it was nice,” Holden told Inside Edition.

The CCTV footage of the takedown has made the rounds online. Holden says she’s received messages of support from women since the incident, which occurred on June 30.

“I’m not glad that it happened, but I’m glad that it’s had such a positive outcome,” she said. “I’m glad that other women can see this and know that you can stand up for yourself. You also have the right to wear whatever you want without having to worry about being groped.”