A good samaritan in Utah body-slammed a man to the ground after that man reached for a police officer’s gun and punched the officer before attempting to flee the scene. See it all go down via the officer’s body camera in the video above. 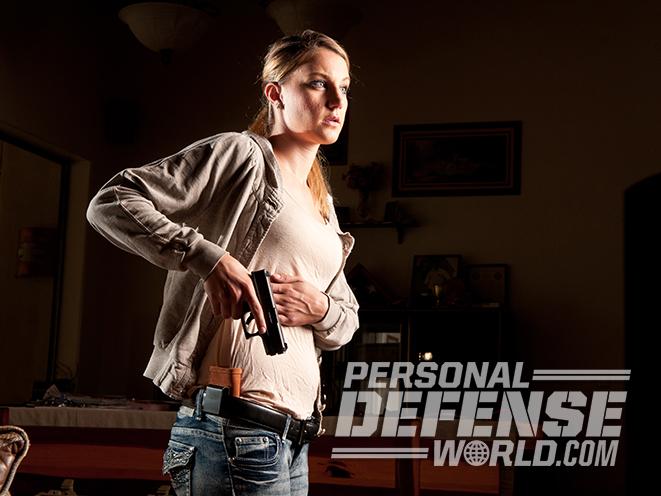 According to FOX 13 Salt Lake City, Officer Austin Williams of the Provo Police Department arrived at a Sam’s Club in the area in response to a call about a disoriented man asking random people for water in the parking lot. Williams quickly located the man and asked him if he was okay.

“He kind of looked at me and waved me off and I said do you need some water,” Williams recalled.

The man, later identified as Emiliano Medina, then turned around.

“He quickly pointed at my side and made a gun motion with his hand and pointed it at his head,” Williams said.

“Being a dad the first things out of my mouth were don’t touch that,” Williams said. “I kind of hesitated for a millisecond to go ‘did that just happen’ and then once I realized it did I had to take action at that point.”

In the video, Williams grabs Medina’s left arm and orders him onto the ground.

“I tried to trip him and put him on the ground and as soon as he went down he pushed back up, and at that point was able to pull away from my grasp,” Williams said.

The video shows Medina punching Williams in the head with his right arm, causing Williams to fall to the ground. Medina then starts running between gas pumps.

That’s when a good samaritan suddenly appears ahead of Williams and starts chasing after Medina.

“Right as he’s catching up to [Medina], another guy comes around and kind of gets in his way and shoulder checks him and stops him,” Williams said.

The first man then quickly catches up to Medina and body-slams him to the ground.

“I was like, ‘holy cow that was NFL hardest hits kind of stuff,'” Williams recalled.

Medina, who police said had methamphetamine in his system, was arrested and hit with a number of charges, including assaulting an officer.

The good samaritan who made the tackle remains unidentified. Provo police are looking for him so they can express their gratitude.

Williams, an 11-year veteran of the department, said he was grateful the man was on hand to make the tackle, as Medina might have gotten away.