VIDEO: Hitting the Range With the Lionheart Regulus Alpha

Lionheart Industries is a Washington-based company best known for importing the LH9, a civilian version of the Daewoo K5 pistol used by South Korean armed forces for nearly three decades. 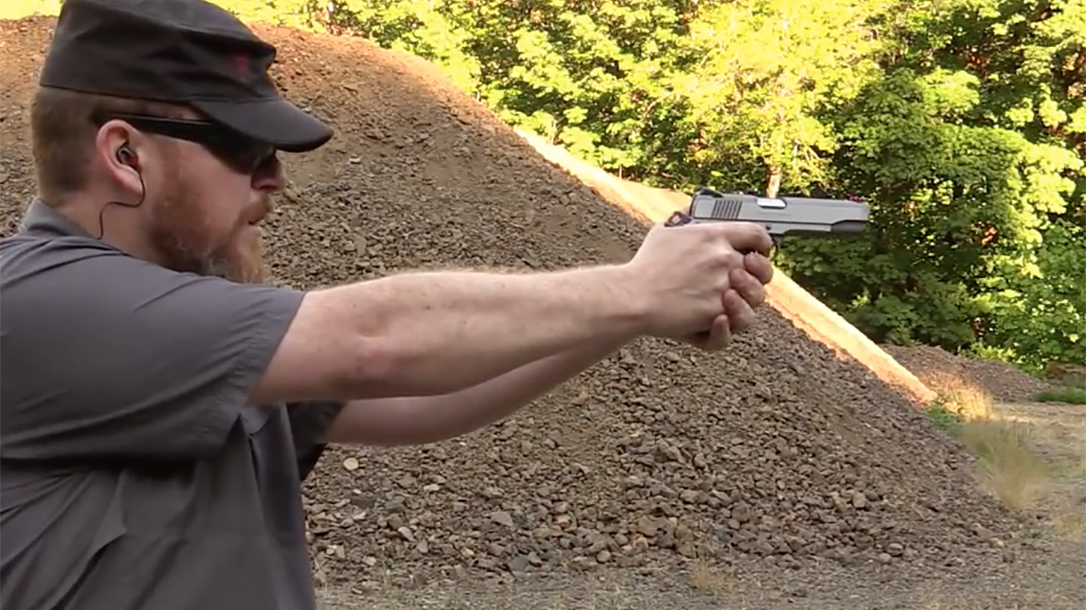 VIDEO: The Colt Competition 1911 9mm Lives Up to the Colt Name

The company recently decided to offer up a souped up model called the Regulus. This gun, unlike the LH9, is made in the United States and features a number of upgrades.

Here’s a look at what’s new, via the product page:

– Tru-Axis Precision barrel in black, grey, or gold titanium nitride; Threaded or standard length
– 1911-style Novak sights.  No more searching for options, there are plenty out there.
– Index notches on both sides of the frame.  This greatly enhances grip repeat-ability.
– DA+ Indicator.  Now knowing which mode the trigger is in can be determined at a glance.
– Elite Series Cerakote.  A much higher-grade, tougher, and slicker coating.
– Double-Action Plus Trigger System.  More on this is explained in the LH-9 article.
– 18-round extended magazines.

Watch Graham’s shooting test above. Below, check out a tabletop review of the Lionheart Regulus Alpha, along with another video comparing the Regulus with the LH9.