It’s never a good idea to pick a fight with a stranger—especially if that stranger happens to be retired UFC fighter Matt Serra. The former welterweight champion was in Las Vegas this week for his UFC Hall of Fame induction when he was forced to use his MMA skills on a drunk man who allegedly attacked him in a restaurant. 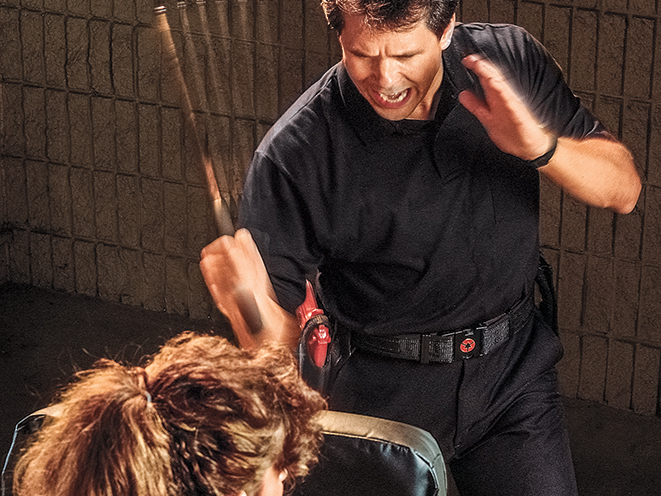 Baton Basics: Strike, Pull & Pin Your Way Out Of Danger

Serra was eating dinner in the Grand Cafe at Red Rock Casino with UFC president Dana White when the two noticed an intoxicated couple sitting behind them. Serra posted a video to his Instagram account showing the man trying to wake his passed out female companion.

Shortly thereafter, Serra put up another video on Instagram. This one shows him in a full MMA-style mount position on top of the same drunk man from the first video. Serra is seen repeatedly telling the man to calm down. The man, who is shirtless, yells at Serra that he’s going to “f**k you up.” He also declares that he’s going to press charges on Serra.

Serra posted the video with a caption explaining the incident: “How do you spend the night before your @ufc HOF induction?!? You subdue some a*****e drunk that was threatening waiters then tries to swing on you. #jiujitsu”

“Tonight @mattserrabjj gets inducted into the UFC HOF. Last night he was handling drunk idiots at Red Rock. @lorenzofertitta here is the new head of security @stationcasinos,” White’s caption read.

Like we said up top, it’s really not a good idea to pick a fight with a professional fighter who is ready to put his considerable self defense knowledge to work at the drop of a hat.