A professional MMA fighter used his skills to take down a burglary suspect at his home in San Diego earlier this week. 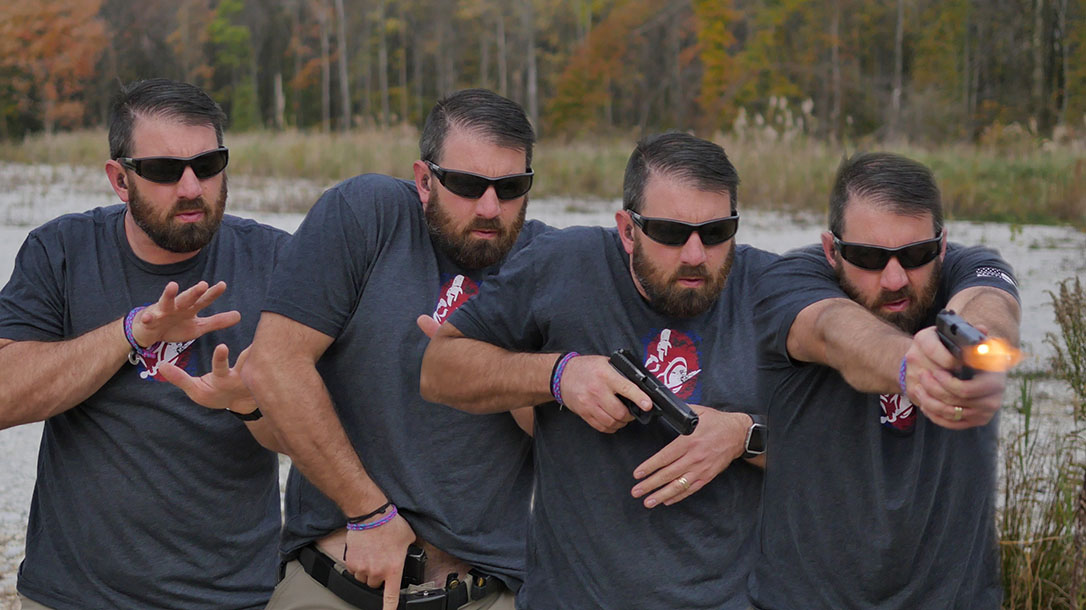 Caught In The Act

The San Diego Union-Tribune reports that Sergio Hernandez and his father had just returned home from a trip to the mechanic when they saw a man in their backyard. Hernandez approached the man and demanded to know what he was doing. The man replied that he was running away from a dog. While the man said this, Hernandez noticed a window open with a screen on the ground.

That’s when the intruder ran for a nearby fence. Hernandez chased after him. When he caught up to him, he tried to convince the man to talk to his father—When Hernandez was younger, he said he saw his father settle disputes, even ones that involved criminal activity, without law enforcement. This time, however, Hernandez’s father was having none of it; he insisted the police take the man into custody.

When the suspect realized the police were coming to arrest him, he tried to get away again. Hernandez then put his MMA skills to good use, throwing the man to the ground and putting him in a move known as a “triangle choke,” in which his legs interlock in a triangle shape around the man’s neck and one arm.

“You see this triangle shape here and you have his head and his arm in there and basically, all I have to do is cut off blood circulation in head and he’ll pass out,” Hernandez later demonstrated ABC affiliate KGTV.

But Hernandez didn’t make the man, who weighs around 50 pounds more than Hernandez, pass out. Instead, he held him in that triangle choke position until the police arrived to place him in handcuffs.

Three rooms in Hernandez’s home were ransacked by the suspect, but nothing appeared to be taken.

“Deep down in my heart, I guess I wanted to break the dude’s arm, but I don’t get a kick out of hurting people,” Hernandez said.

“It took at least five minutes for the cops to show up,” Hernandez said. “It may not seem like a long time, but when you’re holding a giant guy who’s trying not go to jail, it feels like forever.”

Hernandez has been practicing jiu jitsu for over a decade. He holds a Baret Yoshida Black Belt. In addition, he has four professional MMA fights to his name. When he’s not practicing MMA, he is a tattoo artist with his wife at their store, Pop’s Tattoos.

In the end, nobody was seriously injured as a result of the incident.

“I think the right thing happened, him going to jail,” he said, adding that he, “just didn’t want to take him at his word that he wasn’t going to do it again. I hope he doesn’t have any hard feelings.”

“I would like to invite him to a boxing gym. He’s young, there is still time to save him, to guide him in the right direction,” he said.

This piece of s**t was breaking into my Dads house right now. He ran down the alley and I caught up to him. I brought him back to my Dads house and then he tried to escape. I threw him to the ground using what little judo I know, then put him in a triangle until the cops showed up. He probably weighed 50 more pounds than me. He said he had a two year old and he didn’t want to be separated from his kid. I felt bad about that. Anyhow, I gotta get to work. I’ll be at Pop’s all day 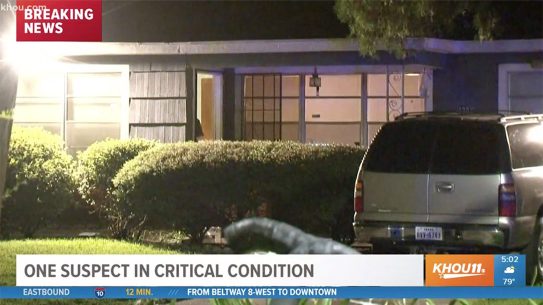 A husband shot a Houston home invasion suspect in the head after the man...