A convenience store clerk in Durham, N.C. turned the tables on an armed robbery suspect, taking the gun away from the man and shooting him twice.

Zaid Omar told WRAL he was working at the Guess Road Mini Mart when a man later identified as 38-year-old Kevin White walked into the store. White proceeded to grab some beer and bring it to the counter. As he did so, he produced a gun and announced a robbery.

Instead of complying with White’s commands for money, Omar went for the gun. During the struggle, Omar eventually got control of the weapon and opened fire.

The Durham Herald Sun reports that White took off after getting shot. Police arrived on the scene shortly thereafter. A few minutes, a man matching White’s description was spotted lying in front of a house near the store with gunshot wounds to his legs.

White was taken to a local hospital for treatment. He was then transported to the Durham County Jail. He’s been charged with attempted robbery with a dangerous weapon and possession of a firearm by a convicted felon. His bond has been set at $300,000.

“It was scary. He wanted to shoot me. It was so scary,” Omar said of the experience, adding that this is the first time he’s ever fired a gun.

Omar later said he felt compelled to take the gun because he was in fear for his life.

“I did not want to shoot him,” Omar said.

As a result of the attempted robbery, Omar is now considering getting a gun of his own.

Police said Omar would not face charges stemming from the shooting. 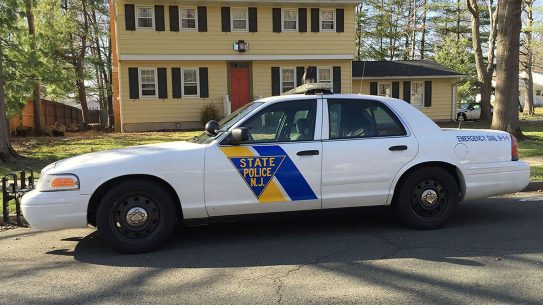 A US Army veteran refused to let a pair of New Jersey State Police...