A Pennsylvania home invasion involving two men who impersonated DEA agents ended with one suspect dead and the other on the run.

Brionna Hicks was smoking a cigarette on her porch in Aliquippa at around 1 a.m. last week when two men suddenly ran up and shouted, “DEA surveillance” and, “Wire tap,” according to a criminal complaint cited by the Pittsburgh Post-Gazette. Hicks said the men wore shirts that had the letters “DEA” visible.

One of the men attempted to handcuff Hicks, while his accomplice held a gun to her head.

Hicks’ mother—asleep upstairs with three children—ran downstairs after hearing her daughter’s cries for help. When she arrived at the bottom of the stairs, one of the men aimed his gun at her and ordered her to lay down face-first on the floor.

The suspects proceeded to try and drag Hicks out of the house.

Hicks’ brother, Anthony Farley—who lives next door—heard the commotion. He grabbed a gun and rushed over. When he got to the front door, a gunfight ensued.

Farley was shot multiple times during the gunfight. He also managed to shoot back, striking one of the suspects in the head and chest.

In the aftermath, the second suspect pulled his accomplice onto the front porch before fleeing the home.

One Suspect Dead, Another On The Run

Police arrived and found the body of 32-year-old Terrell Henson on the porch. He was pronounced dead at the scene.

Farley was airlifted to UPMC Mercy Hospital for treatment. The Pittsburgh Post-Gazette says he was shot in the neck. The Beaver County Times reports that he was hit in the back and foot. He is expected to survive his injuries and hasn’t been charged.

The second suspect has been identified as 36-year-old Dana Penny.

As a result of the failed home invasion, Penny is now facing charges of criminal homicide; attempted homicide; burglary; conspiracy; aggravated assault; trespassing; unlawful restraint; simple assault; and carrying a firearm without a license. He is prohibited from owning a handgun as a result of felony drug convictions in 2002 and 2014.

In addition, Penny is wanted on felony drug charges which were filed last month.

Penny remains at large and is considered to be armed and dangerous.

“The fact that he does have a felony warrant and he is a suspect in this, he is considered to be very dangerous. Considering that there was a shooting here, you should suspect, that as a person of the public, that he may be armed,” Pennsylvania State Police Trooper James Long told CBS Pittsburgh. 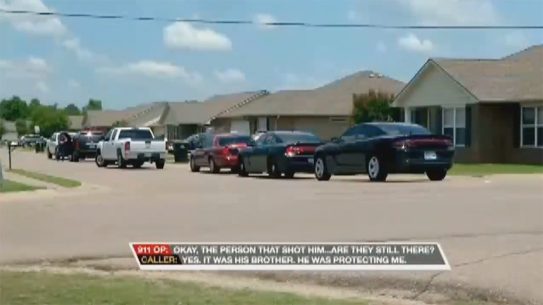 Oklahoma Shooting: No Charges for Man Who Killed Teenage Brother

An Oklahoma shooting involving a 19-year-old man killing his 17-year-old brother has been ruled... 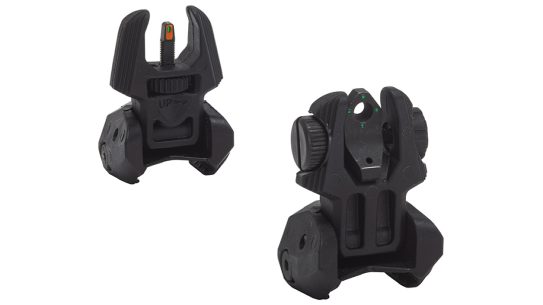