6 of the Best .40 S&W Pistols To Consider, While They Are Still Making Them

0
SHARES
4.5k
VIEWS
Share on FacebookShare on Twitter
In case you haven’t been paying attention, .40 S&W is on the wane. Fewer police departments are issuing .40 S&W pistols and fewer civilians are buying pistols in that chambering. 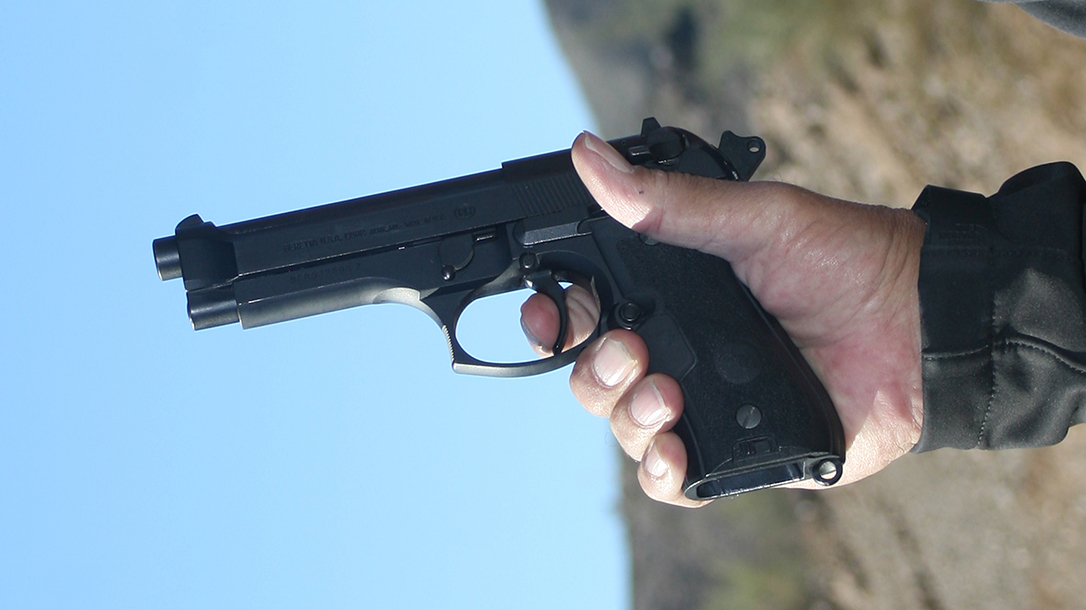 There are some good reasons for this; the benefits over 9mm are negligible at best in terms of ballistics, though .40 S&W meets the power requirements for many competitive pistol events.

That said, it’s still a very worthy carry round and plenty of people carry it every day.

For those that carry .40 S&W shouldn’t worry too much. It isn’t likely that they’ll stop making ammunition for it anytime soon. However, those wanting a .40 S&W should consider these six pistols before they stop making them. 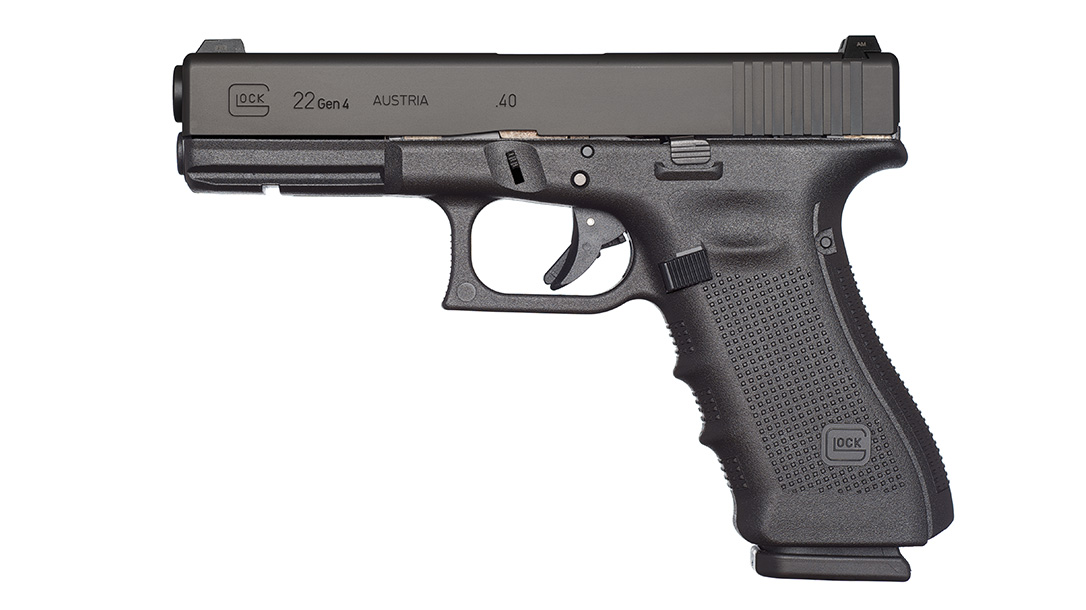 One of the most popular guns in law enforcement is the Glock 22. Take the virtues of the Glock 17 but give it a more powerful round. You lose a few rounds of capacity (15 instead of 17) but you’re left with one of the most rugged, reliable service pistols available. Thousands of police officers trust their lives to this gun.

There’s a caveat though. You see, early versions of the 22 didn’t fully support the case head due to the barrel design. The .40 S&W generates more chamber pressure than 9mm (not by too much; the increase is only about 2,000 psi), which has led to a number of case head separations — the dreaded Glock Kaboom!

Granted, ammunition plays a role, so it wasn’t entirely Glock’s fault. Besides, the barrel was redesigned some time ago, so it isn’t a problem anymore. 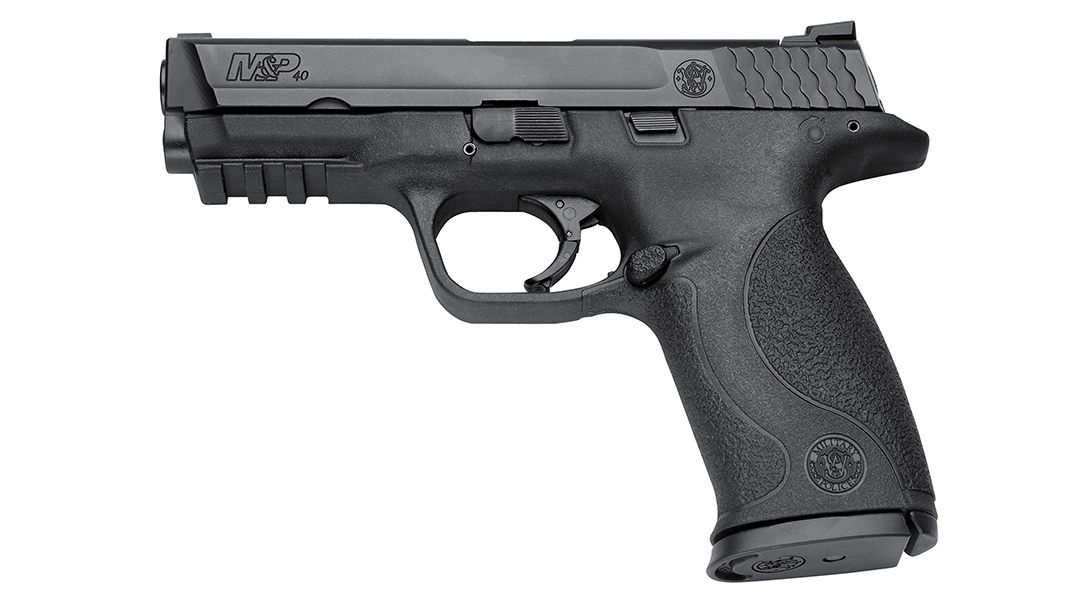 Take everything that’s good about the Glock 22 and add the M&P series ergonomics, which are excellent. The M&P line was designed to be comfortable to handle and easy to shoot, which has made the M&P40 one of the most popular alternatives to the Glock 22 for police and civilian shooters alike.

Capacity is the same, at 15+1 rounds, so it holds a generous number of rounds as well. However, a big difference is this pistol can be had with a great many factory options, including night sights or fiber optics, FDE finishes, extended barrel/slides, S&W Performance Center models, almost anything you want. 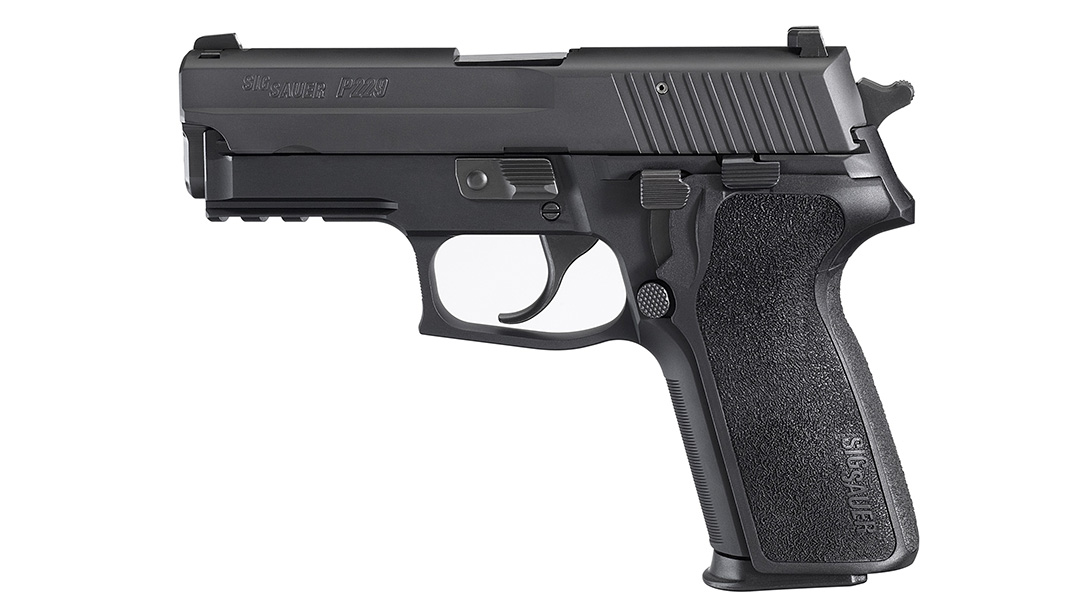 SIG Sauer’s P229 in .40 S&W is another popular model with law enforcement but also with the U.S. Coast Guard, as it is one of their standard-issue pistols. This compact version of the SIG P226 gives you the same logical firing system (DA/SA with a decocking lever) along with SIG’s uber-reliable design in a compact package for easy carry.

Since the P229 has a steel frame, recoil is tamed compared to other compacts in .40, which can get a bit snappy. It’s a duty pistol in every sense of the word, but in a format for everyday carry.

But what if you don’t like the SIG premium? The P229 does come with a price tag in excess of $1,000, which is a lot to swallow. The good news is the SIG SP2022 is basically the same gun, with a polymer frame instead of steel. This reduces carry weight but also the impact on the wallet. SP2022 pistols are often found in stores for about $500.

By today’s standards, it’s a dinosaur. Capacity was 11+1 rounds, and the other dimensions (4-inch barrel, carry weight around 37 ounces) were basically that of a Commander 1911. However, it came standard with Novak sights, excellent ergonomics and a slide-mounted decocking safety.

The 4006 was in production until 2011, so plenty of them out there don’t have too much mileage. If looking for a carry gun, look for the 4003 and 4013-TSW variants. Both have aluminum frames instead of steel; the 4013 is the compact version. 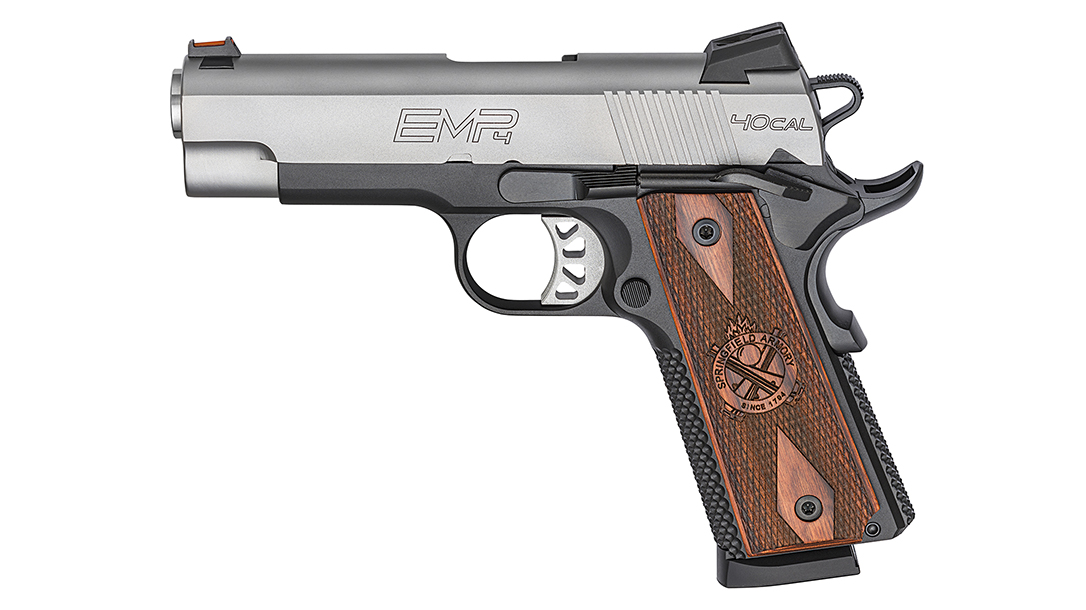 Speaking of a Commander frame, Springfield makes a few for this round. The Springfield Armory EMP Champion is the Commander version of their Enhanced Micro Pistol line, which revises the frame for 9mm and .40 S&W instead of building on a frame designed for .45 ACP.

That said, carrying this gun takes commitment. Barrel length is 4 inches, and the unloaded weight is 37 ounces, so it isn’t a small or light gun. However, you get combat sights, a beavertail grip safety, ambi safety levers, wood grips and a stainless slide on a black frame for a two-tone appearance. 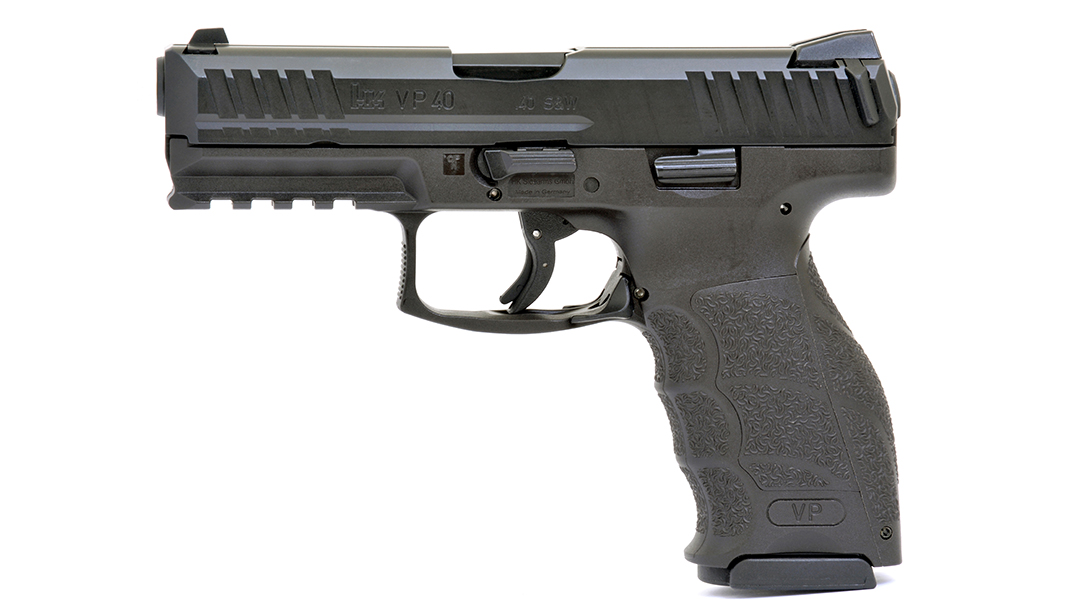 Forget what you’ve heard about Glocks. The H&K VP40 is a better breed of striker pistol.

The VP40 and its 9mm counterpart, the VP9, are consistently hailed as among the best of the plastic handguns, for good reason. Modular grip panels and palm swells let you customize the grip to your hand for incredible comfort. The charging handles at the rear of the slide make operating the gun incredibly easy.

You won’t find a better striker trigger on a factory gun. Maybe in a Walther. But it’s as good as it gets.

It’s also sized right, about the size of a Glock 19. Big enough to be a service gun, yet small enough for daily carry. You’ll pay a little more — the VP40 goes for a bit more than some more popular models — but you’ll get more in quality and comfort.