0
SHARES
0
VIEWS
Share on FacebookShare on Twitter
An armed robber chose the wrong gas station, since he ended up being shot by two customers who happened to be carrying handguns for self-defense.

According to reports, a man entered a northside gas station in Indianapolis a little after 6 p.m., displaying a gun with intent to rob the store. That’s when two customers drew handguns and shot the assailant, while other customers fled the business. 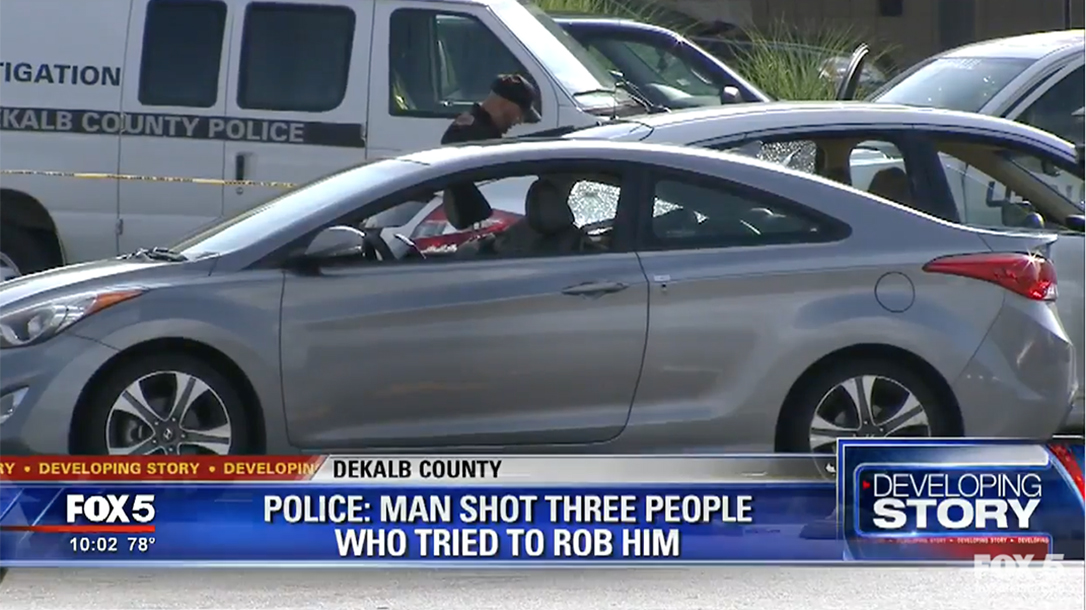 Police arrived at the GetGo gas station at the intersection of Pendleton Pike and Shadeland Avenue and found the suspect down and being covered by the Good Samaritans. Paramedics transported the suspect to the hospital, where he later died.

While people seemed sad that the man died, they also felt that the use of force was justified.

“I’m really sorry that someone lost their life,” said Indianapolis resident John Brewer. “But, I would think that the amount of force they used might have been necessary to protect someone’s life. Crime doesn’t pay, karma is real. You get what you get.”

The customers who stepped in are cooperating with authorities, providing statements on what happened during the event, as are the other customers who witnessed the action take place.

Police have not identified the armed robber. They are also unsure which customer fired the deadly round. However, nobody else was injured in the robbery.