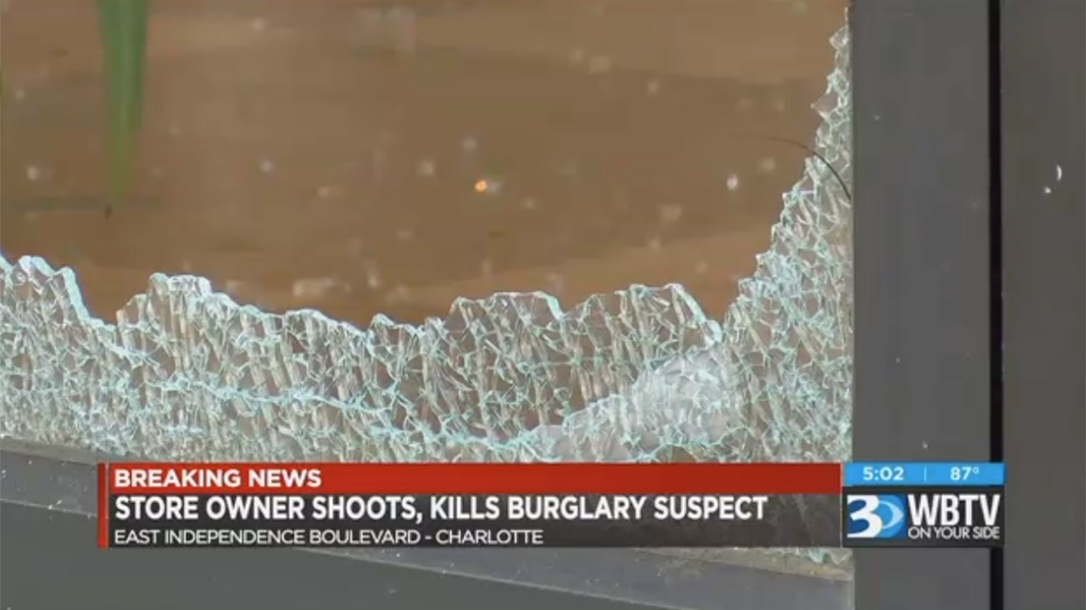 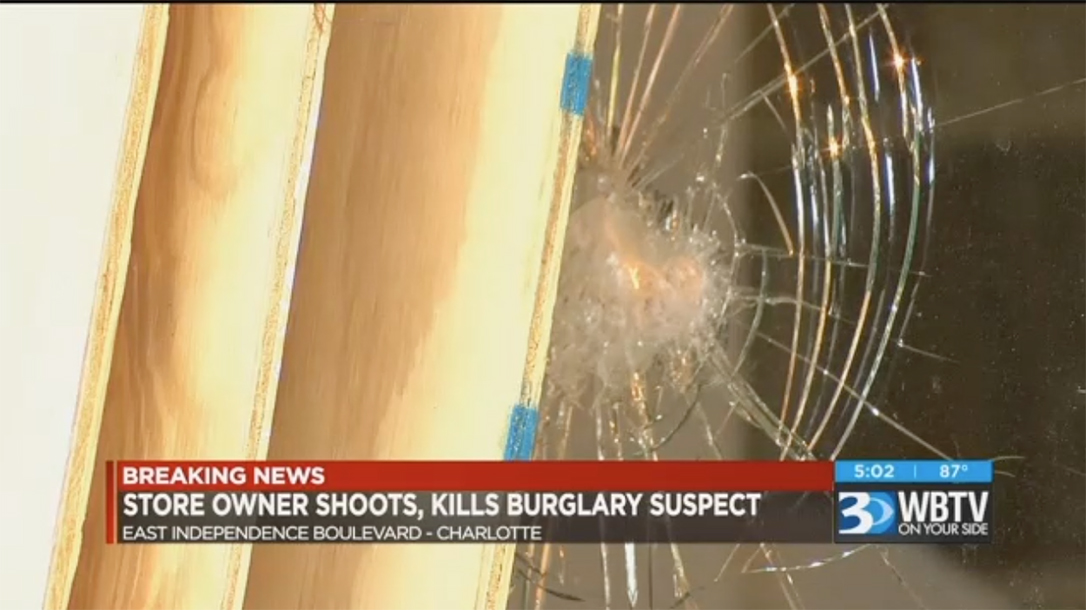 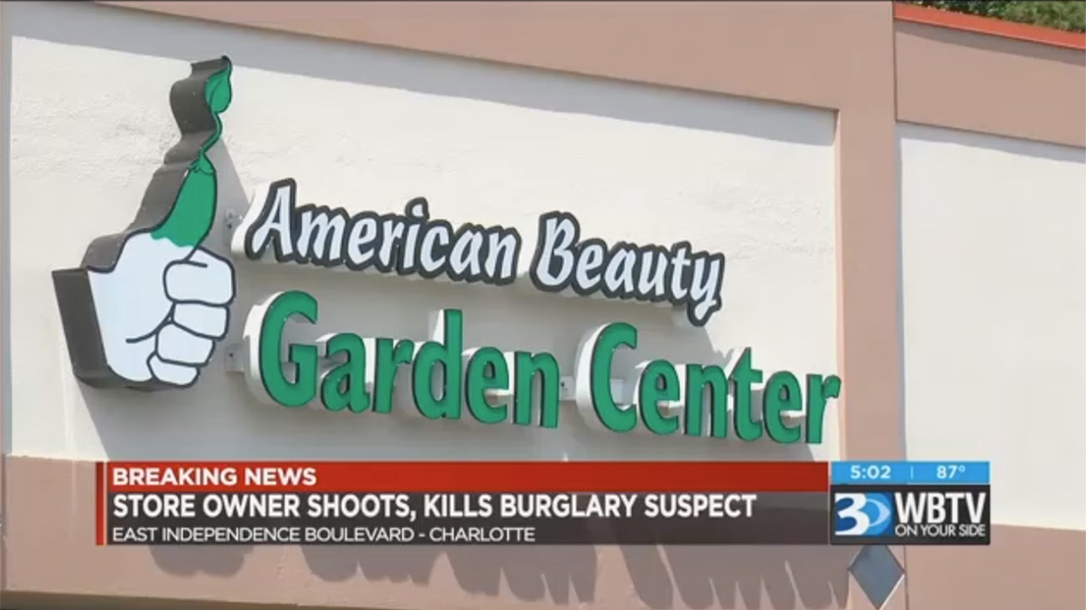 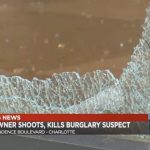 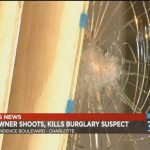 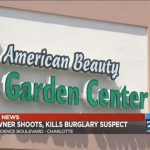 A Charlotte store owner took matters into his own hands and fatally shot an intruder just minutes after initially calling to report a break-in.

CBS affiliate WBTV reports that an alarm company notified authorities of a break-in at the American Beauty Garden Center at around 4:30 a.m. on Monday. Nearly simultaneously, the owner of that establishment called 9-1-1 to say that he spotted an intruder in his business on a security camera from his house nearby.

Minutes later, the owner called back to say that he had shot the suspect. He remained at the store when police arrived.

The body of 20-year-old Justin Tyler Anderson was found behind the store. A medic pronounced him dead at the scene.

Police say it appears that Anderson broke into the business by smashing the front glass door with an unknown object. When the owner got to the store, Anderson started to bolt through the front door, which is when the owner pulled his gun and opened fire. Anderson managed to stumble out behind the store and collapsed.

“As soon as a got here I saw the tape and I knew something was up because I never see anything like that around here,” said CJ Williamson, who owns a fitness center in the same shopping plaza. “It makes me a little scared because I obviously want to protect my business. This is everything I own, this is my life.”

Whitney Brown, who works at an Avis location nearby, said there was an attempted robbery at her business a few years back. The previous attempt resulted in the company beefing up security at the building.

Police are continuing to investigate the shooting and haven’t said whether or not the owner of the American Beauty Garden Center—which the Charlotte Observer says sells “indoor and outdoor gardening supplies, offers custom grow room design and provides classes and equipment for CBD extraction—will face charges. 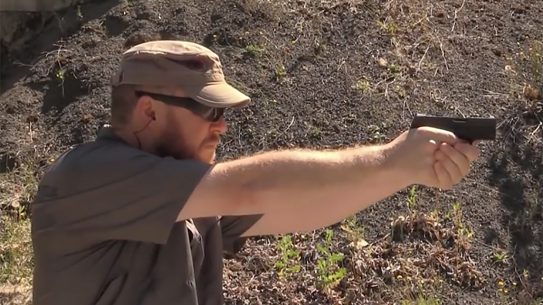 YouTube personality Graham Baates targets the Steyr S9-A1 for evaluation, running it through his...