Just when it seemed like the general public had been given the green light to access and download Cody Wilson’s Defense Distributed 3D-printed gun files, a federal judge is preventing the files from being released online today. 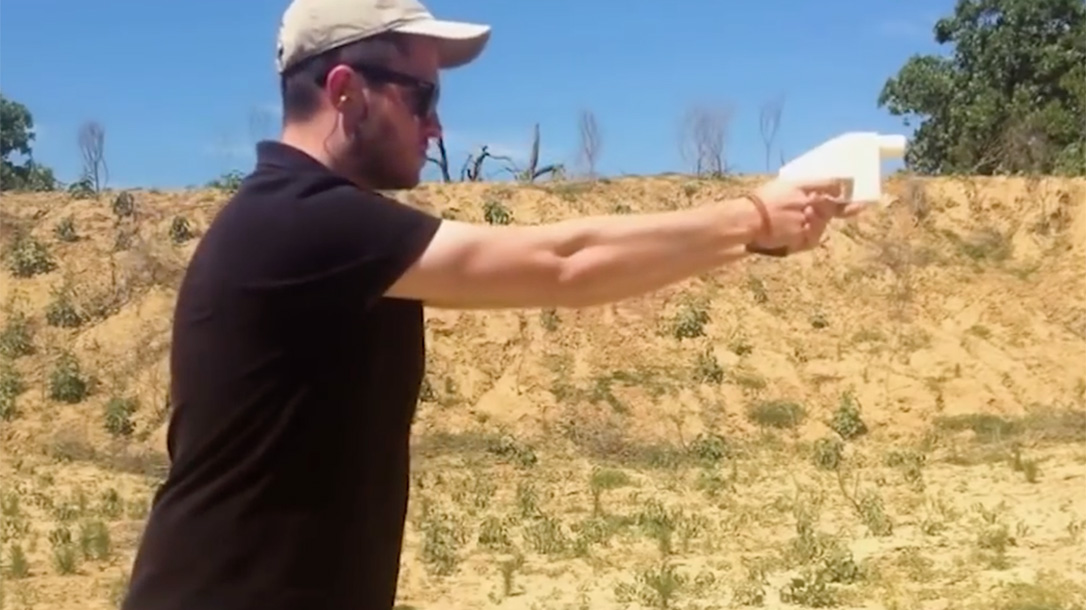 Earlier this month, Defense Distributed and the Second Amendment Foundation announced they had settled with the Department of Justice regarding the release of the files, marking the end of a three-year legal fight. The announcement prompted the Attorneys General from Washington, Massachusetts, Connecticut, New Jersey, Pennsylvania, Oregon, Maryland, New York and the District of Columbia to file a joint lawsuit in an effort to block the release of the files.

The Seattle Times reports that during the Tuesday hearing in Seattle, DOJ lawyer Eric Soskin argued that the department had settled with Defense Distributed because the International Trade in Arms Regulations (ITAR) restrict weapons capable of being used in war; the 3D printed guns were the same as the ones that could be bought by average citizens in a gun shop.

In essence, the 3D-printed guns “did not create a military advantage,” Soskin told Lasnik, so “how could the government justify regulating the data?”

Laskin replied that, “There is a possibility of irreparable harm because of the way these guns can be made.”

“I am thankful and relieved Judge Lasnik put a nationwide stop to the Trump Administration’s dangerous decision to allow downloadable, 3D-printed ghost guns to be distributed online. These ghost guns are untraceable, virtually undetectable and, without today’s victory, available to any felon, domestic abuser or terrorist,” Ferguson said.

A visit to Defense Distributed’s Defcad.com website, where the files were to be posted on Aug. 1 at midnight, has the following message, along with a donation link:

This site, after legally committing its files to the public domain through a license from the U.S. Department of State, has been ordered shut down by a federal judge in the Western District of Washington.

Wilson told CNET in an email that he had already uploaded the files to the website and made them available for download on July 27. A download counter reveals that the files had been downloaded 20,000 times by the time they were removed after Judge Laskin’s restraining order.

I am looking into 3-D Plastic Guns being sold to the public. Already spoke to NRA, doesn’t seem to make much sense!

As Breitbart points out, however, the issue at stake here is not “plastic guns sold to the public,” but rather, 3D-printed gun files being shared for free online.