A Florida man broke into a home and armed himself with the homeowner’s home defense shotgun, only to have the homeowner gain back control of the gun and shoot him. 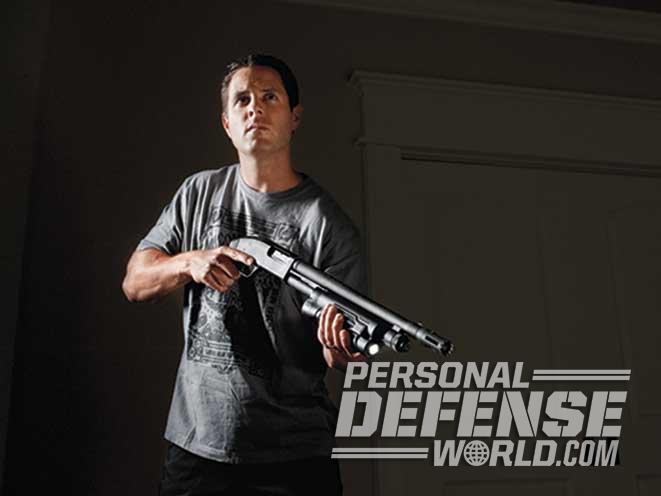 Caught In The Act

David Marrero told WJXT he arrived home from work at around 4 p.m. on Tuesday to find his place ransacked. When he went to his bedroom to investigate further, he encountered 25-year-old Brandon Nicholas—whom he had met a few weeks earlier—in the process of escaping out the window.

As Nicholas turned and saw Marrero, he pulled Marrero’s own shotgun, which he had swiped, and pointed it at him.

“I got out of the way as fast as I could and he started talking, ‘Man I’m not going to shoot you,'” Marrero recalled.

Nicholas might have told Marrero he wasn’t going to shoot him, but he evidently had other ideas.

“That’s when I heard the first click,” Marrero said.

Marrero tried to reason with Nicholas.

“(I told him), ‘I promise you, just leave. You got my gun. You got my money. Just leave. I won’t call the cops until you leave,'” Marrero said. “‘Just give me my shotgun. You’ve taken everything from me.’ And then he got mad and slams it on the couch.”

Home Defense Shotgun To The Rescue

Sensing an opportunity, Marrero grabbed his home defense shotgun, loaded it and aimed it at Nicholas.

Marrero then started demanding his belongings back from Nicholas, but the would-be burglar instead started leaning over to look at one of his bags.

Things turned physical from there.

Marrero says Nicholas then reached inside his bag.

Nicholas managed to flee the scene, but was found by police about a mile away after a report of another shooting nearby. He was transported to a local hospital for treatment of non-life-threatening injuries and now faces charges of burglary and committing an act that could cause death.

Marrero’s wife Alisa Stuart told WJAX that her husband called her and told her that Nicholas had broke in “through the window. He ransacked the house. He stole our cash and I shot him in the knee,'” Stuart said.

Crime is reportedly a growing problem in the area.

“Everybody on the street is armed and ready to fire,” Stuart said.