A Georgia flasher was held at gunpoint in a park by a man with a concealed carry permit looking to protect his family recently. 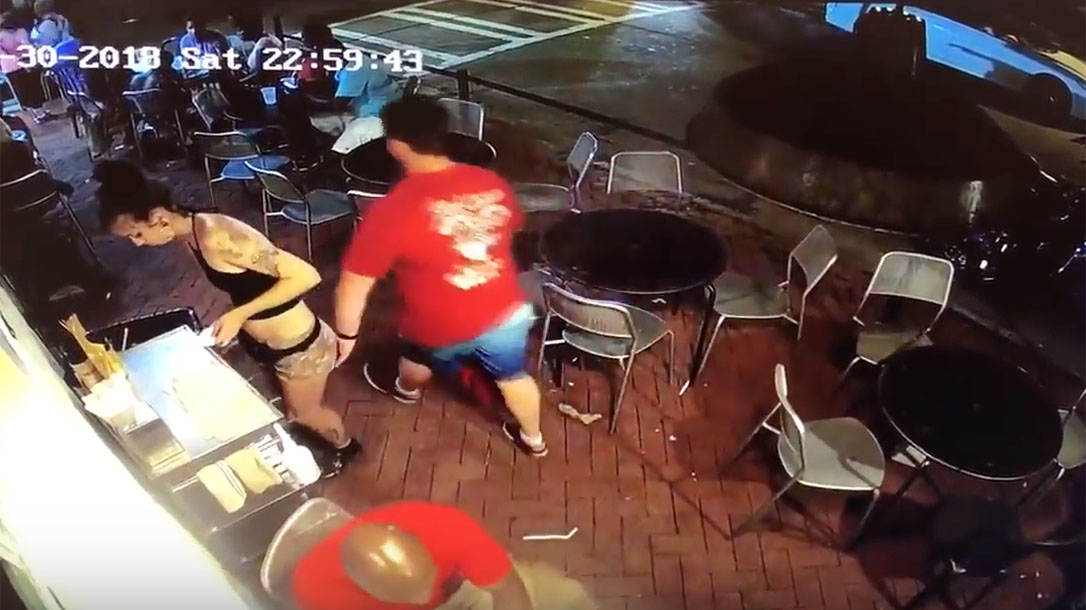 Tae Lovelace told WSB-TV he and his family were at Trailblazer Park in Covington, feeding the homeless as part of a church event when a man later identified as 21-year-old Josten Meeler suddenly wandered into the area.

Meeler was “…in his underwear and he proceeds to not act normal and it seemed like he was under the influence of something,” Lovelace told Fox 5 Atlanta.

At one point, Meeler pulled down his underwear and exposed himself to parents and children. That’s when Lovelace stepped in and told him to leave.

“I asked him, ‘Would you please leave the scene, you’re causing trouble. You don’t even have on any clothes,'” Lovelace said.

Meeler left, but he soon returned. This time, he was completely naked. He then started approaching the children.

“He was already touching people before he was naked so when he came up running directly toward the kids, that’s a problem. It could’ve went sour if I didn’t have anything to defend myself. I didn’t know what he was capable of doing,” said Lovelace.

Lovelace proceeded to pull a gun and chase Meeler through the park while his grandmother called 911. At one point during the chase, Meeler jumped into a creek. Lovelace used his smartphone to take video footage of the encounter.

Police arrived at the scene and—after telling Lovelace to drop his gun—arrested Meeler. He has been charged with child molestation, public indecency, and being under the influence of alcohol or drugs.

Lovelace—who has a valid concealed carry permit—said he’s glad he had his gun on him that day.

“Had I not been licensed to carry at that moment who knows what this guy could have done to my family or any of the other families that were here,” Lovelace said.