We can’t believe we’re about to type this sentence, but here goes: a Houston grandma shot a man in the chest after that man masturbated on a bicycle and then attempted to break into her house. 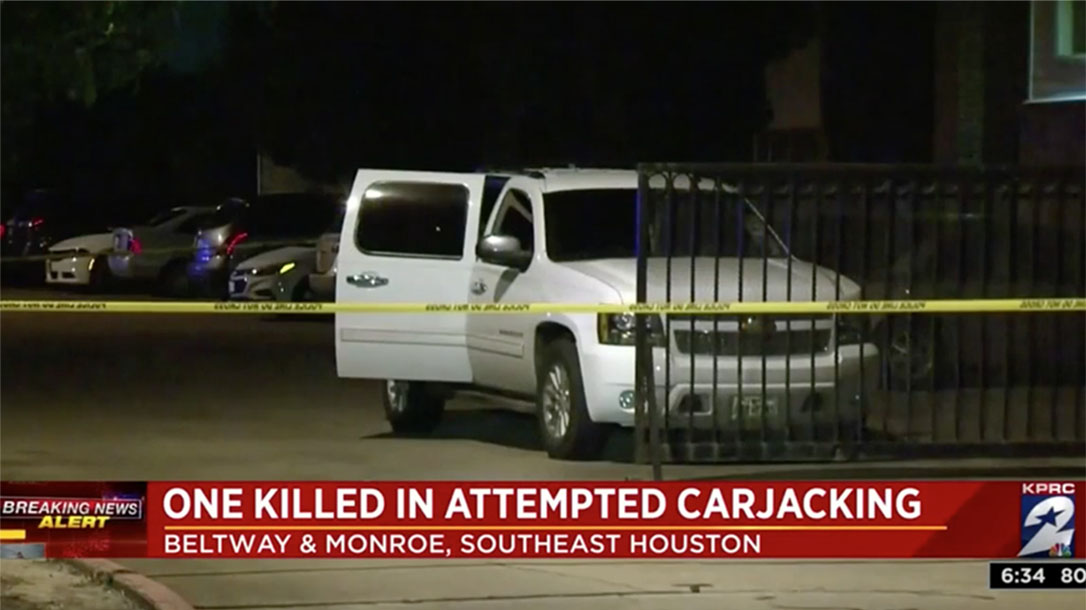 Jean Wilson, 68, was taking out the trash in front of her southeast Houston home at around 5:15 p.m. when she saw the suspect touching himself inappropriately while riding a bike nearby.

Wilson yelled at the man and told him to stop, but he continued the lewd act.

When Wilson went back inside her home, the suspect got off his bike and walked up to her front door. He then allegedly tried to break in.

Wilson told the man to get away from the door, warning him that she had a handgun.

“Some guy pulled off his pants and pulled his pants open, playing with his thing, and he ran up and I told him to get away from my door, or I will shoot him,” Wilson said, according to ABC 13.

The man continued his attempt to break into the home. That’s when Wilson fired a round through the front door, striking the suspect once in the chest.

“He kept coming and kept coming, reached for my door after it was locked, and so I shot through the door,” Wilson said.

The suspect stumbled back over to his bike and pedaled a few feet away before falling to the ground, Houston Police Department Lt. Larry Crowson told the Houston Chronicle.

Crowson said Wilson’s 14-year-old granddaughter was inside the home when the incident occurred. Thankfully, it doesn’t appear that she witnessed any of it.

The man was transported to a local hospital in critical condition. He is expected to survive his injury and is facing multiple charges.

Police questioned Wilson, who is described as shaken from the encounter. In addition, Crowson said his department will work with the Harris County District Attorney’s Office to see if charges will be necessary.

“I would have done the same thing if it were my house,” an anonymous neighbor told the Chronicle. “Ain’t no telling what else he was going to do or what he’s got. She was protecting her property.”

The suspect, identified by ABC 13 as 39-year-old Clarence Johnson Jr., was out on bond after getting arrested a week prior to this incident for walking down a southeast Houston street completely naked. He has nine prior arrests on his record.

“I don’t bother nobody, I don’t get in nobody’s business,” Wilson said of the incident. “It’s just me and him, and like I keep saying, I warned him.”

Wilson also has a word of warning for anybody else who might try to break in.

“They better stay away,” she said. 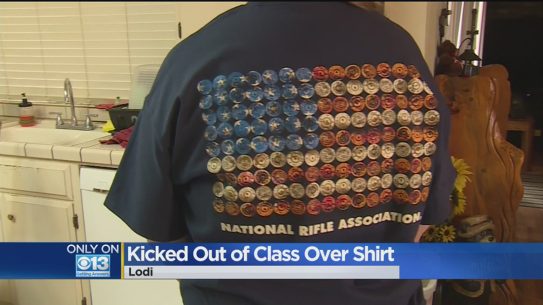 A California high school student and her friend were disciplined by their history teacher...