No one ever said that criminals were smart or brave. So it is not too surprising that an armed Indianapolis robber ran when his victim pulled a .40 caliber handgun.

Decor Furniture Store owner Doyle Stinson cooperated when the robber walked into his store pointing a gun, handing over his cash. However, the man didn’t believe that Stinson only had $10, so he forced him to the back room of the store.

This was a mistake, as this, of course, is where Stinson stores a .40-caliber handgun, which he pulled after hitting the silent alarm. 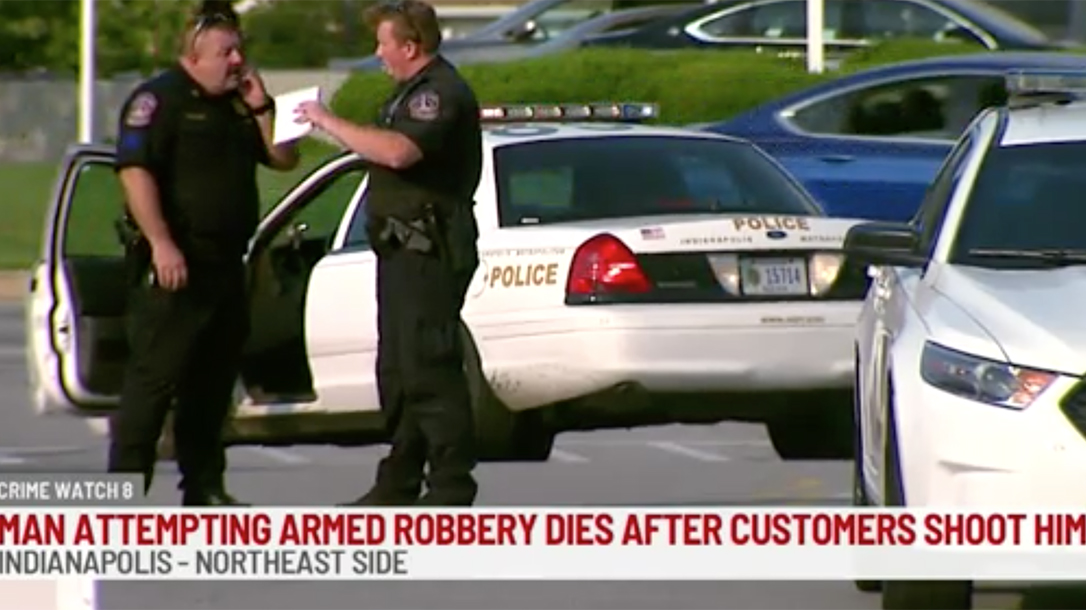 “I knew when he pulled the hammer back on the automatic weapon there wasn’t a bullet in the chamber,” Stinson said to Fox 59. “I know the sound.”

Stinson aimed at the fleeing robber, but didn’t take a shot because a boy was in front of the store.

“If you’re shooting a 40 caliber, it’s going to go through him, through this merchandise, through that window, and what’s beyond that window,” Stinson said.

Instead, Stinson dialed 911 and pursued the robbery suspect. Another store owner drove up at that time, and Stinson jumped into the car. The pair chased the armed robber suspect for a ways, breaking off only when it became dangerous.

Police are searching for the suspect, who fled in a dark blue Chevy Trailblazer, with $10 for his efforts.

Stinson made a conscious decision to not fire on the Indianapolis robber, which was the proper action in this case. Shooters are responsible for every bullet that leaves their guns, even in self-defense. The NRA’s gun safety rules state:

Always keep the gun pointed in a safe direction.

Always keep your finger off the trigger until you are ready to shoot.

Always keep the gun unloaded until ready to use.

Know your target and what is beyond it.