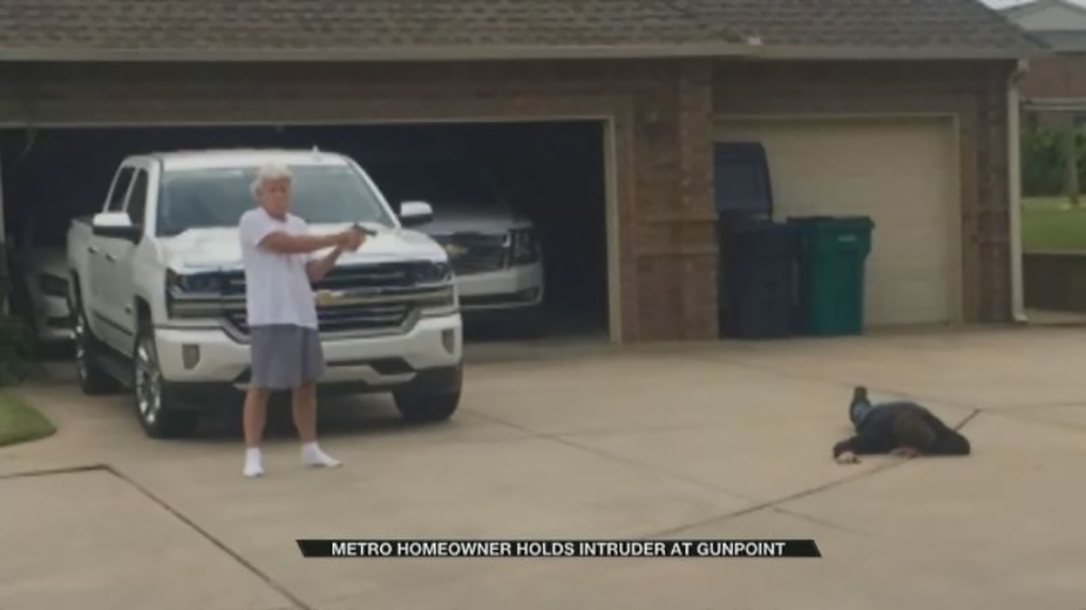 Sometimes it pays to rely on the kindness of strangers. In Oklahoma, a homeowner pulled a gun on a would-be intruder and held him on the ground while a woman who happened to be jogging by used her phone to call the police—and snap a photo of the situation for good measure. 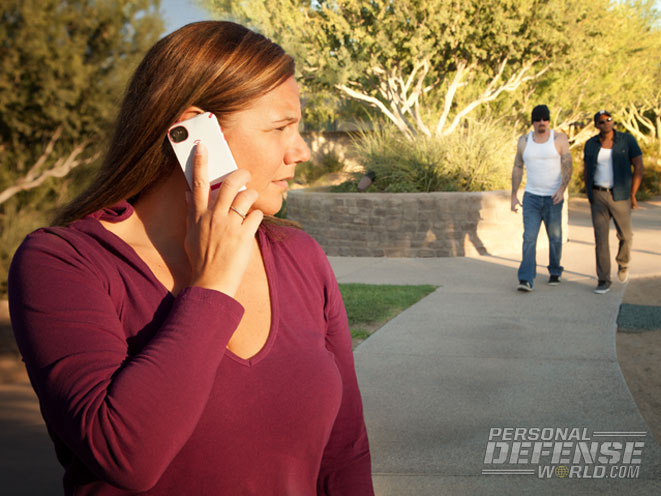 Steven Davenport lives in Yukon, which is located in Canadian County and part of the Oklahoma City metropolitan area. According to News9, Davenport was home last Friday when he heard his garage door chime. Thinking the door wasn’t properly shut, Davenport shut it and went about his business.

The door soon chimed again. Davenport says he reached for the door handle, the door suddenly began to pull away from him. Davenport quickly jerked the door shut, locked it and grabbed his gun.

“I anticipated either not seeing him, or seeing the back of him running away, but for him to be standing there staring at me that really got my attention,” said Davenport. “At that point I took my .45 and racked a round and told him he was going to die if he didn’t get on the ground.”

Davenport told Bennett to crawl to the front yard. Bennett started pleading with Davenport to let him go, but Davenport said that wasn’t going to happen.

“I just got mad, you don’t get to come in my house,” Davenport recalled.

Stranger To The Rescue

Since he didn’t have his phone on him, Davenport then called out for help, but nobody answered the call. That is, until a female jogger came running by. The woman took out her phone and dialed 911. At some point, she also took a photo of Davenport aiming his gun at Bennett.

“Yes we have an emergency, there was a guy breaking into a house in our addition and he’s being held at gunpoint on the ground,” the woman can be heard saying in the 911 call.

Police arrived shortly thereafter and arrested Bennett. It doesn’t appear that anything was stolen Davenport’s garage. A makeshift mask was found in his possession. 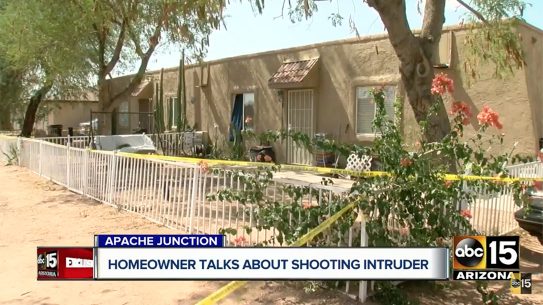 Homeowner Kills Suspect With His Own Gun in Arizona Home Invasion

Two Arizona home invasion suspects got more than they bargained for when the homeowner...