10 Must-Know Tips for Detecting and Avoiding a Stalker

Awareness is the best way to determine you have a stalker, or someone waiting for a chance to attack. Keep your head up and constantly be on the lookout for any sign of danger.

There is a fine line between paranoia and being cautious to protect yourself from harm. This is especially true if you feel like you are being followed, either on foot or while driving your vehicle. Is it just a coincidence that the same person has been walking behind you for countless blocks, or that the car in your rearview mirror just made the same three turns you did? It could be, or it may be that you are truly being followed. 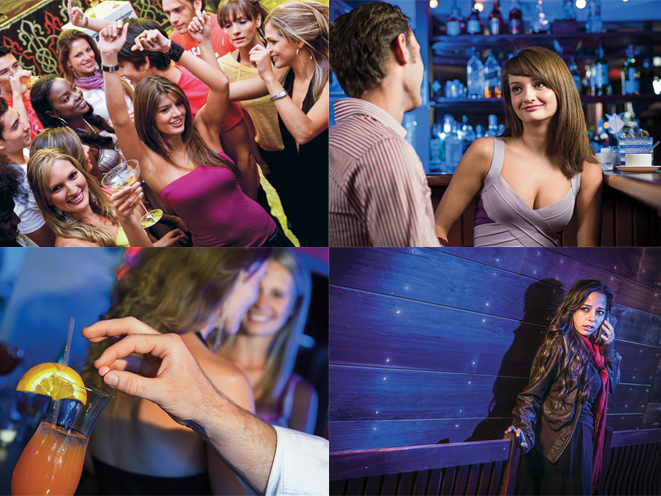 Someone tailing you could have numerous reasons for doing so — some malevolent while others are harmless or even, at times, with your best interest in mind. Without you knowing their true intentions, most people think the worst, and as such, panic, anxiety and worst-case scenarios set in. The reason why a person follows you, whether for good or bad intentions, can’t be answered during the incident, but knowing some important common-sense tips and implementing practical, physical precautions, you can become the one in control. You can prevent yourself from becoming a victim of being “tailed” and turn the tables on those who have you in their sights.

Stalker Tips: Be Aware of Your Surroundings

This one is simple, yet few people actually do this on a regular basis. While in a “bad” part of town or alone at night, a person’s radar is in full force, yet driving to the supermarket or while taking a walk down the street, more often than not, a person doesn’t feel threatened, and as such, they tend to keep their guard down. They fail to notice that out-of-place person on their street corner or that strange black van parked, realistically, where it shouldn’t be. Cut down on your multitasking while you drive or walk about your neighborhood and focus your mind and attention on the people and vehicles nearby. If something raises your suspicions, continue observing. If you’re still not sure about the situation, calling the police is your best next step.

Running or driving to the security of your own home or apartment is not a sound idea by any means. Although you may want to lock yourself inside and temporarily feel safe, your pursuer will know exactly where you live, allowing him to confront you at his leisure. Instead, drive directly to the police or fire station. If your pursuers have malicious intent, they won’t come anywhere near either location. While there, explain your concerns and let them help you plan a logical next course of action.

If you think you are being followed, you need to ask yourself a few questions. First, could it really be true? There are some instances where you could be followed for purposes other than harmful intent. A private investigator may be tailing you for a number of reasons, including insurance claims that you may have filed or to observe your fidelity or lack thereof. A secret admirer, with only the intent of meeting you, may be another reason, although this thought may be frightening for both women and men at times.

When being followed in a motor vehicle, the pursuer may be a good Samaritan who wants to let you know that your tail light is broken, your tailgate is opened or that your rear tire may be flat or damaged. Innocent reasons that you are being followed are a very real possibility and must be considered before your mind creates worst-case scenarios. Always be cautious, that’s true, but also use common sense when deducing a follower’s true intent.

Panic is not your friend. It can alert your tail that you are onto them, making them change their tactics and putting you back to square one. Just slow down, both when driving and on foot, and observe what your pursuers do next. If he, too, slows down or passes you and then appears again farther up the street, this is a sign for you to seek police help or shelter in a very public place. Panic only causes your heart rate to jump, which will lead to you moving and thinking irrationally. Instead, keep your cool, slow down and understand that a slower target is much more difficult to tail.

Stalker Tips: Put Your Phone Down

Cell phones are probably the No. 1 cause of people being unaware these days. The abilities of smartphones keep their owners focused on their tiny screens and, unfortunately, not on their surrounding areas. As such, predators find easy prey—those distracted on social media, obsessed with reaching the next level of a new phone game or furiously pressing buttons as they send a flood of text messages.

The simple solution? Put the phone away. Stay attentive to what’s around you and only pull it out if you need to call 911 for immediate help.

Symbolically speaking, you have three sensory areas within your body: Your heart, your mind and your gut. All three serve a purpose during your everyday life. However, when you are being followed, your gut instinct should take priority.

While your mind may try to deduce logically that everything should be fine, and your heart may not register that someone could be doing something with malicious intent, your gut will not deter you from protecting yourself. A wild animal uses its innate gut feelings out in the wild to survive. You too should follow your instincts when something just “doesn’t feel right.” 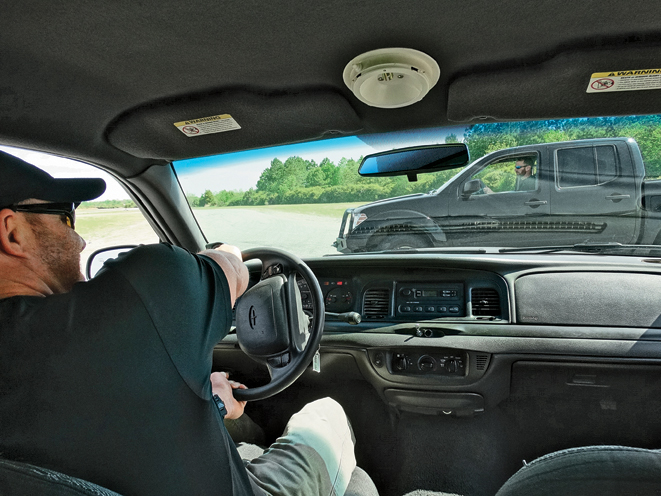 In order for you to relax your suspicions, or, unfortunately, move to the next step to protect yourself, you need to know if someone is truly following you or if it’s just a coincidence. When driving, make four right turns. No one would normally need to do this; so if your tail stays with you, it’s a good sign you’re being followed. Jump on and then off the highway, then back on. Are they still with you? If you change up your daily routine, do you see the same person on your different route? If you answer yes to some of these questions, more likely than not, you are being followed. From this point, be cautious, calm and notify the authorities as soon as possible.

When being followed by someone on foot or driving a vehicle, it’s never wise to go to a place with few people nearby. Obviously, if they are out to do you harm, the fewer witnesses for them, the better.

Heavily populated areas like an open market, mall or park provide you with cover, numerous witnesses and the ability to lose your tail much more easily. Although it’s not advised by the experts, you can also turn the tables on your pursuer and observe them by noticing their overall appearance, clothing and make and model of their car, and if you get lucky, the number on their license plate.

Stalker Tips: Confront or Not?

Confronting your would-be pursuer can have mixed results. It is not recommended for the obvious reason that if they intend to do you harm at some point, putting yourself dead-center in their sights is not a good idea. Yes, it could be innocent or a miscommunication, but at the very worst, it could be someone out for blood for one reason of another. Don’t take the chance.

Many people don’t like to feel like a victim or possible prey. However, letting their ego put them on a path of serious injury or death is not smart or logical in any way.

Stalker Tips: Get to Help

It’s never wrong to seek help and protection from the police if you sense that you are in a serious and dangerous situation. Although it may turn out to be nothing like you imagined, it’s better to err on the side of caution then to have done nothing and suffer life-threatening injuries or death. Drive directly to the police if you are followed, report suspicious people or activities around your neighborhood, and don’t ever be afraid or embarrassed to voice your concerns. Remember, you may not only be protecting yourself from possible harm by calling the police, but perhaps other unknown and unsuspecting future victims.