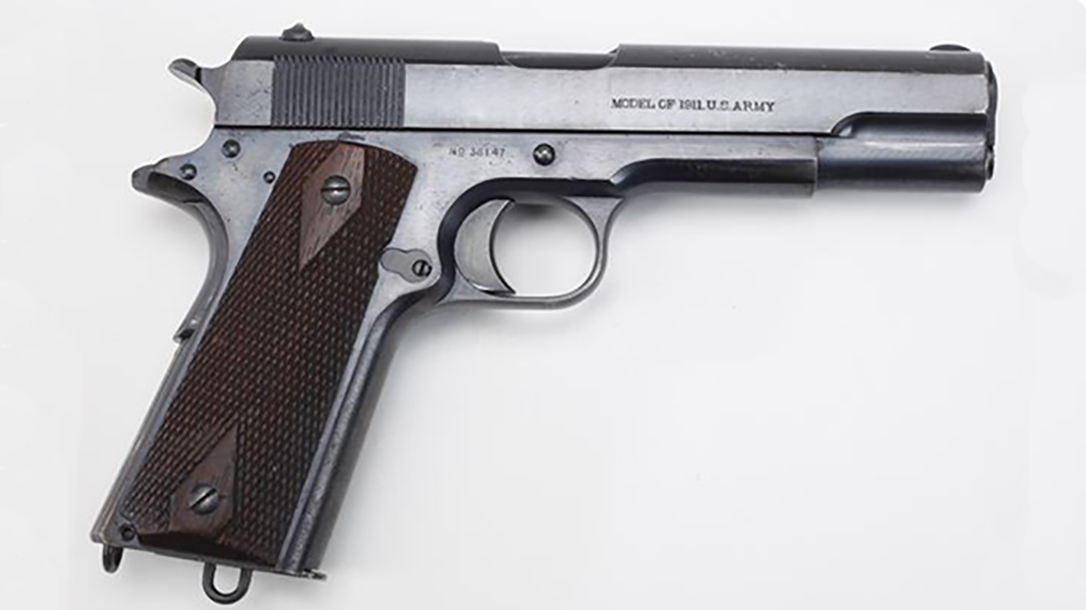 For a one-month period—Sept. 4 to Oct. 4—the Civilian Marksmanship Program is accepting orders from those wanting to own a piece of history. However, application packets to purchase one of the CMP’s M1911s must be postmarked by Oct. 4.

Anticipating large demand, the CMP is using a random computer drawing on Oct. 5 to determine who can purchase one of 8,000 M1911s being made available to the public. In 2016, they used a similar drawing to sell some M1A Carbines.

To order a CMP M1911, applicants must fill out a seven-page packet, which includes proof that the adult is a U.S. citizen legal to own a firearm. Applicants must also be a member of a CMP-affiliated organization, and, if under 60, show proof of a marksmanship-related activity. Proof can be copies of concealed-carry permits, as well as military service records or of participation in a shooting competition.

Those chosen will receive a call from the CMP and will have five days to make payment.

The army transferred the guns to the CMP from its museum system and Defense Logistics Agency. The M1911s come in three grades—rack, field and service—at different prices. Rack grade M1911s cost $850, while field grade and service grade requires an investment of $950 and $1,050, respectfully. Additionally, the CMP plans to auction rare or unusual M1911s online at a later date.

Conversely, the CMP is limiting buyers to one handgun per calendar year, which is a break from their normal policy. However, an estimated 8,000 to 10,000 M1911s are expected to be transferred from the Army to the CMP in 2019. The Army has around 100,000 M1911s in storage at the Anniston Army Depot.