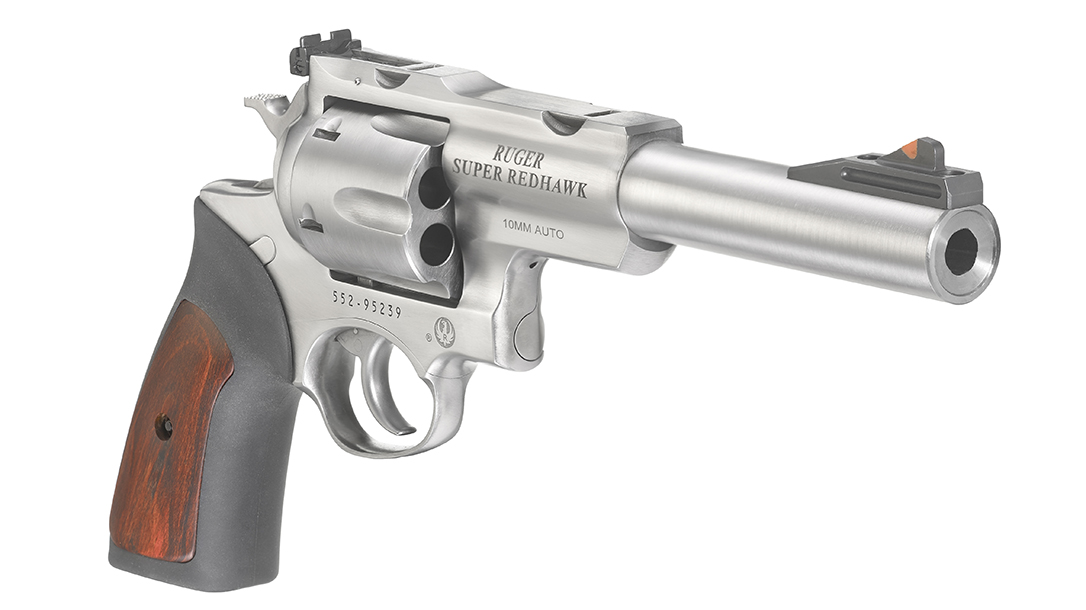 Described in the press release as a “modern take on the timeless American single-action classic,” the frame of this special edition .45 ACP pistol sports a red anodized finish. Meanwhile, red laminate grips feature the NRA logo. In addition, the black nitride slide boasts an engraving of the NRA seal and text of the Second Amendment on the left side. Fixed Novak 3-dot sights are also included. A five-inch barrel; 39 ounce overall weigh; and an overall length of 8.67 inches round out the features here.

This gun ships out with a seven-round and an eight-round magazine. The gun and mags come in a custom NRA box and sleeve. Each pistol is given an NRA4 serial number prefix.

Davidson’s Gallery of Guns touts the special edition Ruger SR1911 as the latest extension of its support for the NRA. The company also supports the NRA Saturday Night Concert at the NRA Annual Meetings & Exhibits, The NRA Foundation, and NRA Ring of Freedom events.

“Davidson’s and Gallery of Guns has been a longtime supporter of the NRA,” said Bryan Tucker, CEO of Davidson’s, Inc. “Having the opportunity to provide our dealers and consumers with NRA licensed products is truly an honor.”