Over the past year, a lot of companies have brought out rifles in .224 Valkyrie. However, that doesn’t mean the market is saturated or that the F4 Defense Enhanced Battle Rifle shouldn’t be considered. 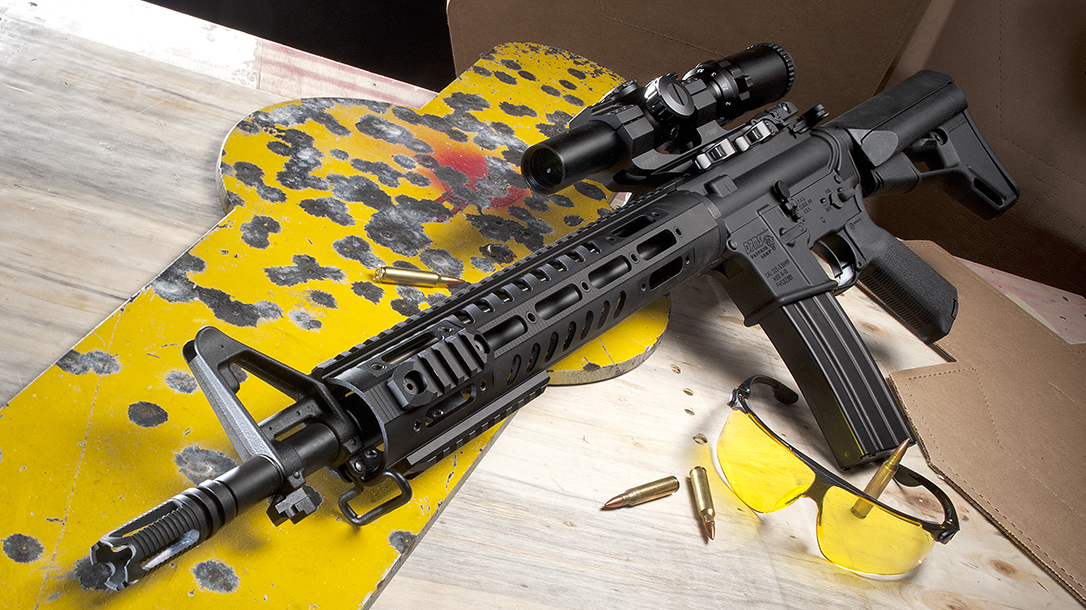 38 New 2018 Rifles You Absolutely Need to Know About

The new F4 Defense Enhanced Battle Rifle features a sub-M.O.A. guarantee with match-grade ammunition. The company can make this guarantee because of its 20-inch stainless-steel, match-grade barrel. Of course, it doesn’t hurt that the semi-auto comes with an ELF Drop-In Match Trigger, nor that the company optimized the barrel twist in testing.

“After testing various twist rates and barrel lengths, optimized for the 90-grain Sierra Match Kings and now with the long anticipated Hornady 88-grain ELD Match ammunition; F4 Defense settled on a 20″ 1×7 twist because it just plain works,” said the company in a release.

Available in three calibers, the Enhanced Battle Rifle comes with an adjustable gas system and ambidextrous bolt catch and magazine release. In fact, even the F4 QR charging handle is ambidextrous. As such, the rifle is easily run by both right- and left-handed shooters.

The receiver is machined from 7075-T6 billet aluminum. It also comes with a MFT Utility Battle Stock and a BAD Short-throw Ambi Selector. It features a Seekins Precision ATC Muzzle Brake, along with two finishes. Shooters can choose between anodized black or cerakote. However, cerakote adds some time to the order.