A New York deli clerk fought back against an armed robbery suspect, taking the suspect’s gun during a physical struggle that was captured on a CCTV camera. 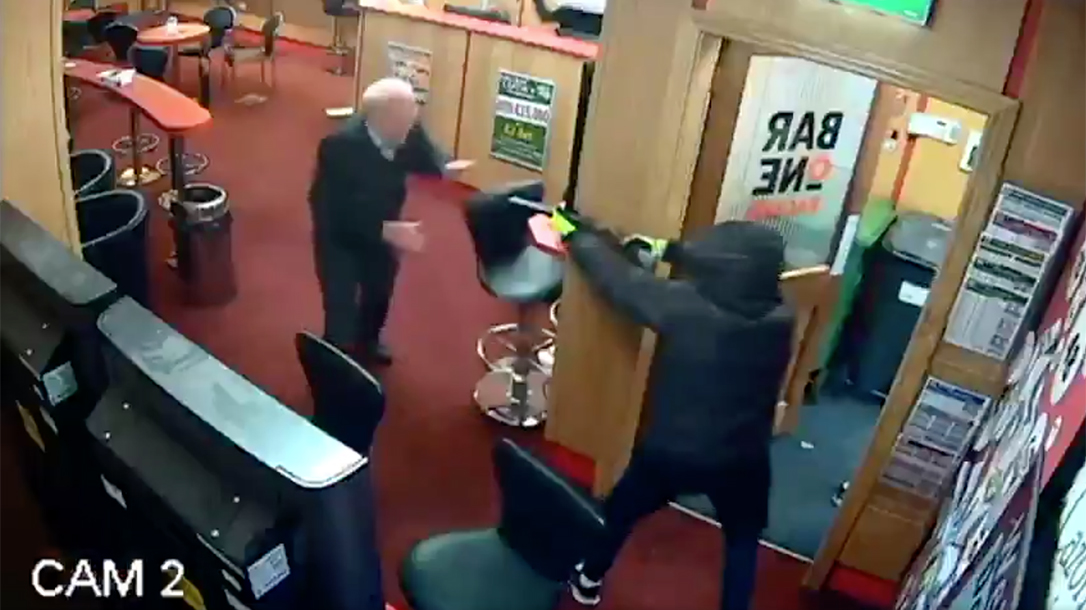 38-year-old Mina Farag was working behind the counter at Habibi Deli in the Bronx when an unidentified man believed to be in his 20s walked in with a bag and started looking around.

“He was like going around the store. His bag was open. In the beginning I thought he was trying to take something from the store,” Farag recalled to CBS New York.

The man instead walked up to the counter, produced a gun and started demanding money.

“He showed me his gun and said, ‘Give me money,'” Farag said. “I tried to calm him down. I told him the money’s right there.”

When the suspect started reaching for the money, Farag decided to act.

“Once he tried to grab the money, I grabbed his hand with the gun with my two hands,” Farag said.

The surveillance footage shows Farag and the suspect fighting for the gun. Another employee and other customers were inside the store during the incident, but they left in fear for their lives.

Eventually, the video shows Farag gaining control of the weapon. Police said the suspect fled the store, with no cash, after Farag grabbed a hold of the gun.

During the scuffle, Farag suffered minor injuries to his face.

“Nothing too dangerous, thank God. Nothing internal. Just a scratch here and that’s about it,” Farag said.

The NYPD is still looking for the would-be armed robber. He is described as an African American male in his 20s, wearing a black hooded sweatshirt and a black backpack. 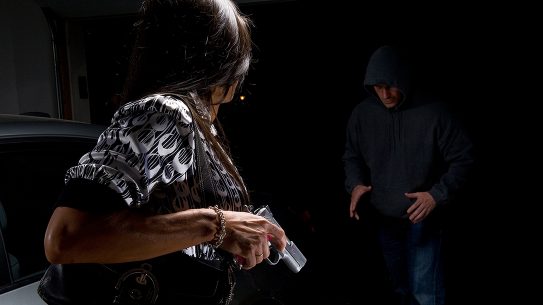 Everything You Need to Know About Pistol Concealment

Carrying a gun for self-defense requires a lot more than just buying a gun...