"Without a doubt, the Q4 TAC is a state- of-the-art combat handgun that reflects several significant changes in the pistol market."

Possibly the most famous gun on the big screen is the Walther PPK. Carried by James Bond and dozens of other characters in movies and on TV, the gun made the company a household name. Modern pistols offered by Walther Arms, however, are far more deserving of fame due to their real-world performance. From the compact PPS M2 to the budget-friendly Creed, modern Walther pistols offer ergonomics, reliability and accuracy that rival those of any other gun company. 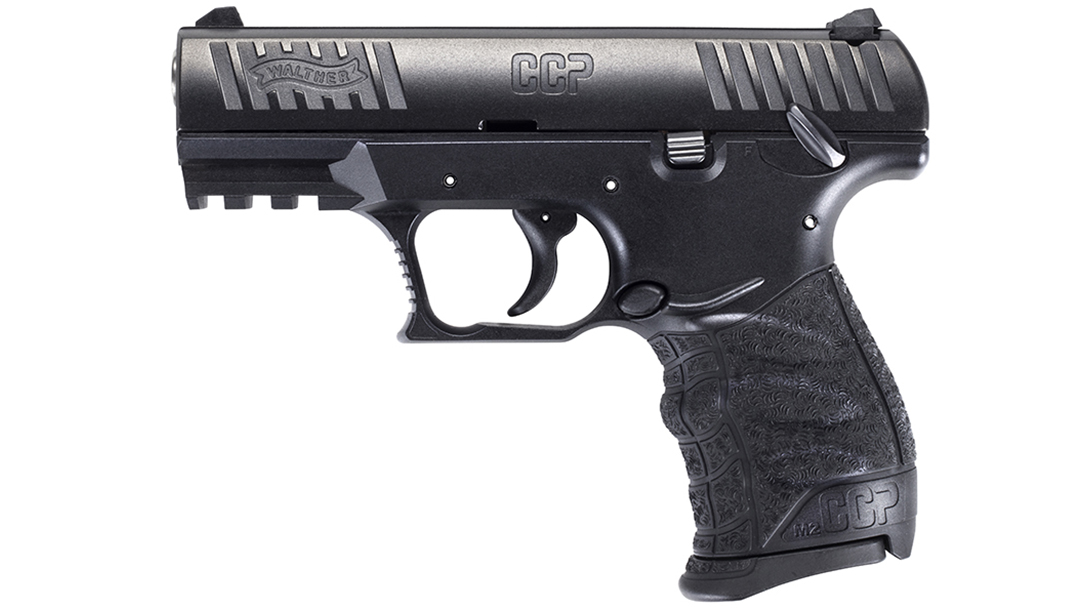 The PPQ is Walther’s flagship pistol. Duty-sized, it offers a trigger that is considered to be one of the best in a striker-fired handgun. This pistol serves as the basis for several of the company’s other models, including the recently announced Q4 TAC. Without a doubt, the Q4 TAC is a state-of-the-art combat handgun that reflects several significant changes in the pistol market.

The Q4 TAC is a forward-looking design that takes the best characteristics of the PPQ platform and adds two features that adapt the system to popular combat handgun trends: Noise attenuation and reflex sights. Because of this, the Q4 TAC is suited to fill a variety of roles, including home defense and tactical use.

The threaded barrel allows for the easy addition of a sound suppressor. Of course, while no suppressor makes a gun truly quiet, a good suppressor can reduce the harmful noise of a gunshot so it is less likely to cause permanent damage.

A homeowner who is forced to shoot a violent attacker inside his or her home could suffer temporary or permanent hearing loss due to the excessive noise from a gunshot. In a real-life shooting scenario, that loss of hearing can make a bad situation much, much worse. Substantial noise attenuation might mean a homeowner will be able to hear responding police officers and avoid a potential tragedy due to mistaken identity.

For a SWAT team gaining entry into a home or building to rescue a hostage, officers will be able to hear warnings from other team members after a gun has been discharged. Plus, a tax-paying community does not have to worry about the costs associated with the long-term disability of a now hearing-impaired officer.

Of course, a threaded barrel alone does not a new gun make. This pistol also has a specially designed slide that allows for the easy addition of a reflex sight. Non-magnifying reflex sights, often called red-dot or holographic sights, superimpose a bright aiming point over the target in your sight picture. That aiming point, frequently a red point of light, is not projected away from the sight like a laser, but is contained within the sight itself. A reflex sight can supplement or even replace standard sights.

Rifle-mounted reflex sights have significantly changed the gun world. While they were originally designed for competition, their successful use in the military has proven their effectiveness. Consequently, many self-defense rifles kept by homeowners and police officers alike have some kind of reflex sight installed.

There remains some debate in the training community regarding the value of a reflex sight on a pistol. In addition to the training implications, reflex sights are simply too large to be used on many popular concealed-carry pistols. Larger guns carried by security and law enforcement personnel, and those used for home defense, are a good size match for the current generation of reflex sights. Time will tell if the same reflex sight revolution that occurred with rifles will happen with defensive handguns. 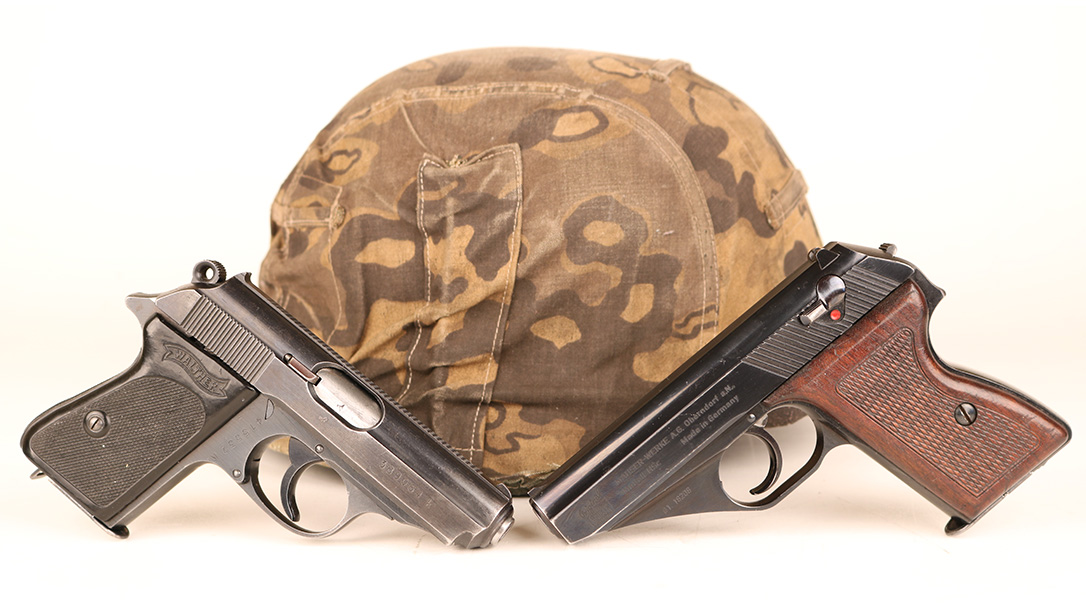 In addition to these features, the Q4 TAC has other aspects that lend themselves to both self-defense and law enforcement duties. The frame has an accessory rail that allows for the addition of a white light or supplemental aiming laser. An ambidextrous slide stop is standard, and the magazine release button can be moved to either side of the gun. Walther also includes a flush-fitting 15-round magazine and an extended 17-round magazine with this 9mm handgun.

The Walther’s grip fits like a tailored glove in my hand. With the best ergonomics in the industry, the shape of the grip provides a nearly perfect natural point of aim. Additionally, the gun comes with interchangeable backstraps so you can find the best fit for your hands. If you like the feel of the grip on other Walther pistols like the standard PPQ or Creed, you will almost certainly like the feel of the Q4 TAC.

A good surface texture can help a shooter keep a firm hold on the gun during adverse conditions. Even sweat can cause a pistol to squirm in your hand. To effectively counter this, Walther uses a cross-directional grip surface to reduce slippage. Combined with the shape of the pistol’s grip, I find it extremely effective. When shooting long strings of fire, the Q4 TAC was rock solid in my hands with no perceptible slipping.

On this pistol, Walther elected to use a red fiber-optic sight up front and a fully adjustable, plain black notch sight at the rear. This is a good system for many people, and I found it was easy to use on this pistol. As you might expect, the fiber-optic sight was bright in most lighting conditions. This makes it easy to see and quickly get on target. However, the standard sights are not likely to be the reason why someone will be attracted to this pistol. Instead, many will want this gun for the ease of installing a reflex sight.

One of the industry leaders in pistol-mounted reflex sights is Trijicon. The company’s RMR is widely regarded as being a rugged sight that can handle the abuses any gun owner can throw at it. Since Walther includes a mounting plate for the RMR, it seemed obvious that I should run that sight on this gun. (Walther also includes mounting plates for the Leupold DeltaPoint and Docter sights.) I contacted a friend who had several extra RMR sights and borrowed one.

The RMR mounted easily on the gun. With the included plate, it took about five minutes to remove the standard rear sight and secure the RMR to the slide. I did not use any Loctite to lock the screws in place. Checking the sight and plate after more than 500 rounds of shooting, I did not detect any play in the base or sight. I continued shooting and never found any loosening of the screws.

Running an RMR on the Q4 TAC was a very natural experience. Instead of focusing on the front sight for accurate shooting, I simply focused on the target and allowed the red dot from the RMR to superimpose over the location I wanted to shoot. Once I dialed in the sight—it was a little low and to the left at first—my shots went exactly where I intended.

My accuracy with the reflex sight was on par with the standard sights at 7 yards. At 15 and 25 yards, however, the RMR allowed me to make tighter groups. I believe this is because my eyes perceived the red dot as smaller than the front sight when placed over the target at those distances, allowing me to make more precise shots. Generally, a higher degree of precision is associated with slower shooting. However, I found I was able to place more precise shots at 25 yards with the RMR faster than I was able to achieve less precise shots at the same distance with the standard sights. 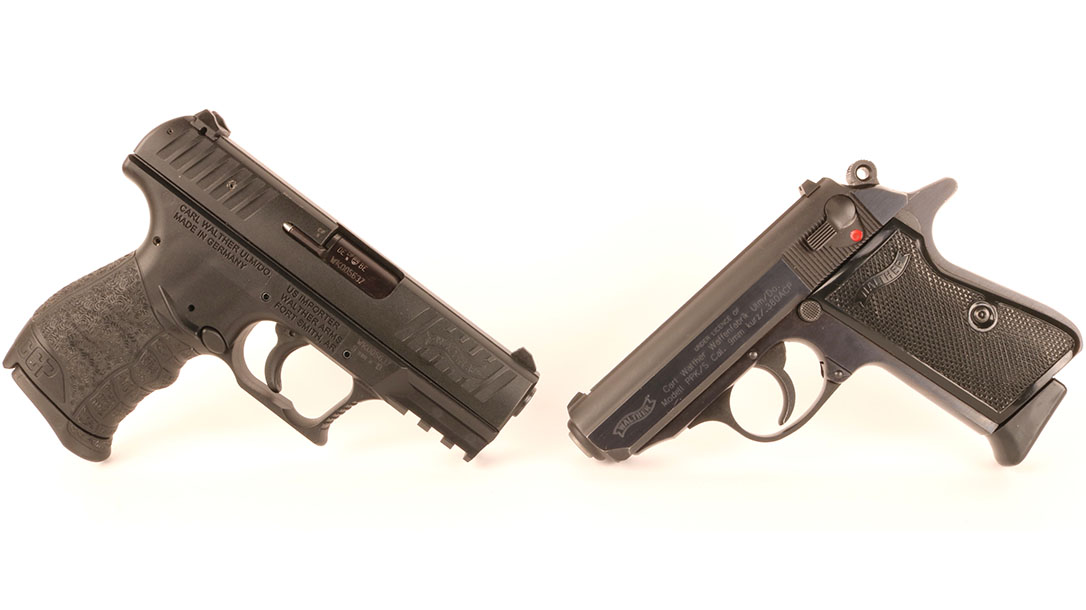 Comparing the Walther CCP and Walther PPK/S for Self Defense

If you’ve never used an RMR sight, you might mistakenly believe that it is a delicate piece of equipment. While it is an optic that is made with precision in mind, it is no snowflake. This is a rock-solid piece of gear that can be handled as roughly as the pistol it is mounted on. You can grab it to run the slide, and I’ve seen others rack the slide on a table edge using the sight. Trijicon builds the RMR to put up with an unreasonable amount of abuse, and I’ve not seen one fail yet.

Also, while much of the talk on this gun its ability to use a reflex sight, it is still a Walther. That means you get one of the best trigger pulls on the market. Walther states the trigger pull measures 5.6 pounds with a quick reset. The trigger on my sample pistol felt wonderful. The pull was smooth with a crisp but not overly hard break, with a very short reset. I firmly believe my ability to shoot this pistol accurately was enhanced by the trigger’s pull characteristics.

I’ve had excellent performance from all of Walther’s centerfire pistols, with many of my personally owned guns shooting with 100-percent reliability. The Q4 TAC provided the same level of exceptional performance. I shot the gun with a broad selection of ammunition from five different manufacturers. No matter the bullet weight or design, the Q4 TAC handled all of them without a single malfunction. This included top defensive rounds like the Federal HST and Speer Gold Dot. All of the loads worked equally well with either the standard rear sight or the Trijicon RMR mounted.

There are a lot of excellent quality striker-fired pistols on the market today. I’ve shot nearly all of them and own more than I care to admit. The new Walther PPQ Q4 TAC matches up nicely with any of them. Based on my testing, it is better than most—if not all—of its competition. There are many variables that go into selecting the best gun for your needs, and Walther certainly checks a lot of proverbial boxes on my list of what to look for in a home-defense pistol. As a former police officer, I can also see it holding a place with any law enforcement agency.

My gun was completely reliable and exceptionally accurate. It fit my hand extremely well, and its trigger was superb. With the ability to add a reflex sight and suppressor, I like this gun a lot. Will it work for you and your needs? Maybe. You definitely should add it to the list of pistols to check out the next time you are at your local gun shop. With a suggested retail price of only $749, this optic- and suppressor-ready pistol is one of the best bargains in quality handguns today.