Last Saturday night, folks weren’t “loving it” when an armed father had to stop a McDonald’s shooting in Birmingham. 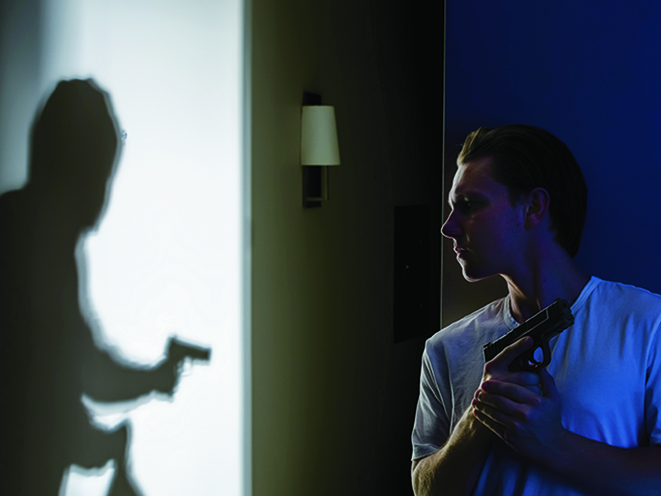 According to WBRC, when an employee opened the door to let out a father and his sons, a masked man came in shooting.

The suspect, later identified as Antonio Demond Sanders, allegedly fired at the manager who was in the midst of closing the restaurant. However, the father was also carrying and immediately fired at the suspect.

That’s when Washington, along with another employee, hid in the freezer. As expected, they are very grateful for the customer.

“He’s my hero,” Washington said. “Because I can only imagine how it would’ve went if he wasn’t armed. We might not be here having this interview.”

Police do not know if Sanders was robbing the store or attacking an employee because he died from his wounds. Unfortunately, Sanders also hit both the father and one of his sons in the shootout. Thankfully, both only received non life-threatening injuries.

Police have not released the names of the armed father and son who were wounded. And they won’t unless he faces charges, which doesn’t seem likely.

Sanders’ arrest record dates back to 2015, with charges ranging from marijuana possession with intent to possession of a firearm.

Breakdown of the Armed Father Shooting

Once again, we step into an analyst role to breakdown this situation. To start, the father handled things pretty well. One thing he might have done differently would have been to tell the kids to run before engaging the shooter. There is absolutely nothing wrong with stepping in to save lives, but most would recommend getting your own family to safety beforehand. Of course, this could have happened so fast that there wasn’t time.

However, he could also have been paying more attention as he left, as could have the employee who opened the door. If someone is standing outside a locked door, particularly with a mask, looking suspicious it would be best to call the police. Now Sanders might have been hidden, or had the mask pulled up, but still, situational awareness could have possibly prevented this from happening.

Outside of those few things, there is little that wasn’t handled properly. A legally armed citizen stopped a bad guy with a gun. It could have been a lot worse, as no one knows the shooter’s intentions. 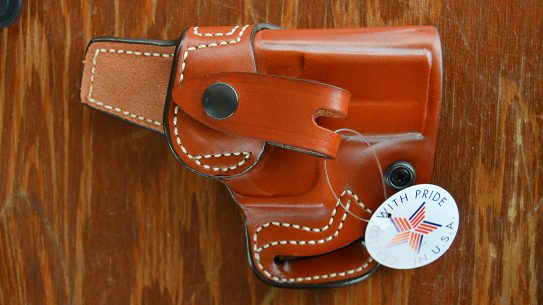 Leather-Loving Shooters Should Flock to the DeSantis Osprey Holster

While polymer holsters have their place in the gun world, there is something about...