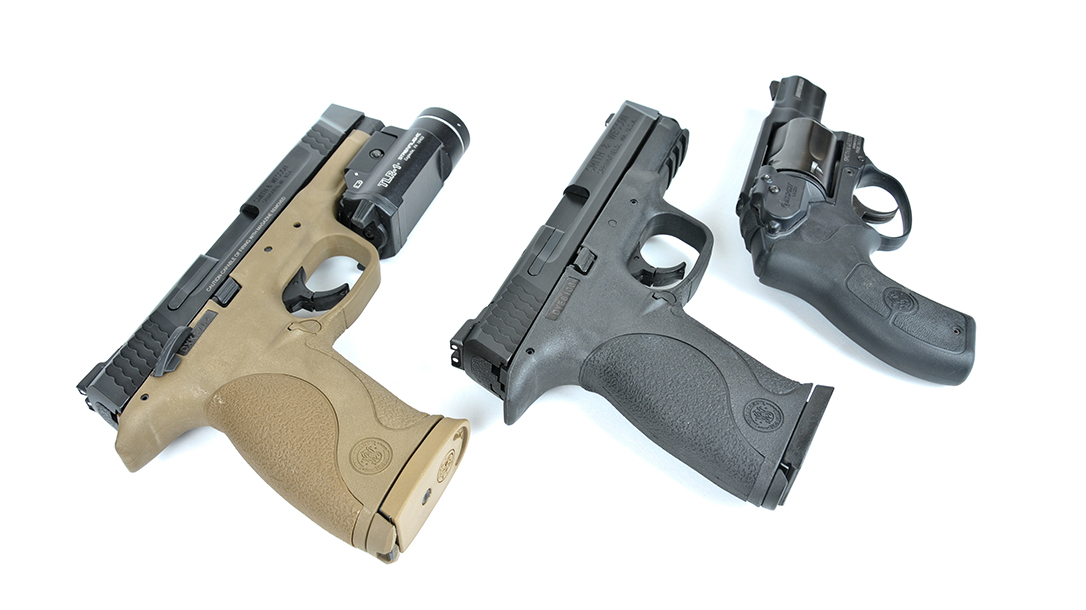 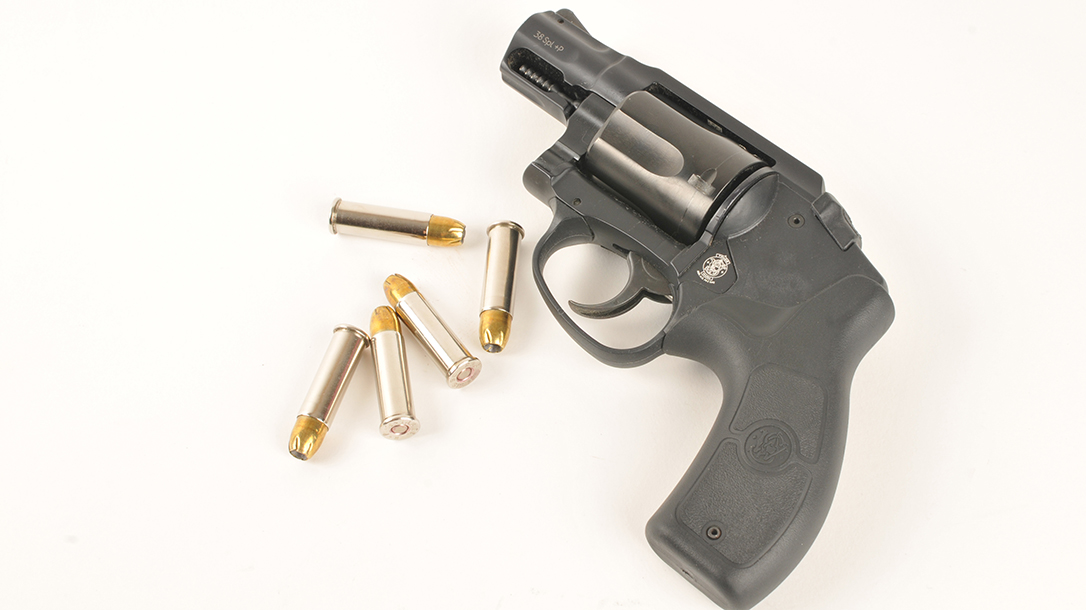 2 of 3
Photo by Laurie Tisdale
Revolver 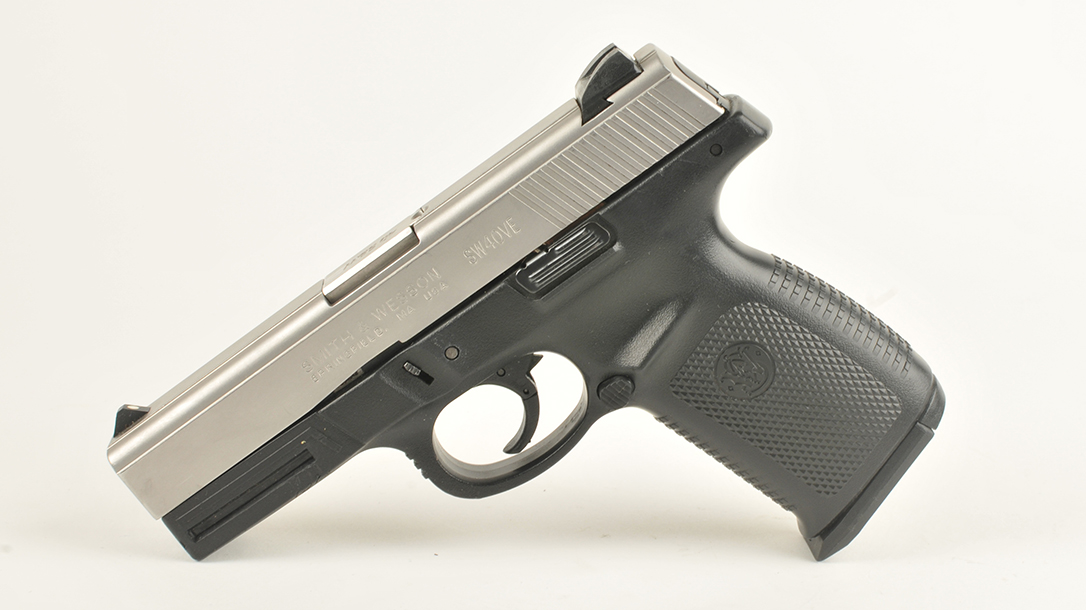 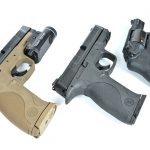 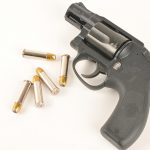 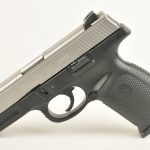 A quick walk through a well-stocked gun shop with today’s revolvers and semi-auto pistols might seem daunting. However, a mental dash through firearms history will help sort things out. 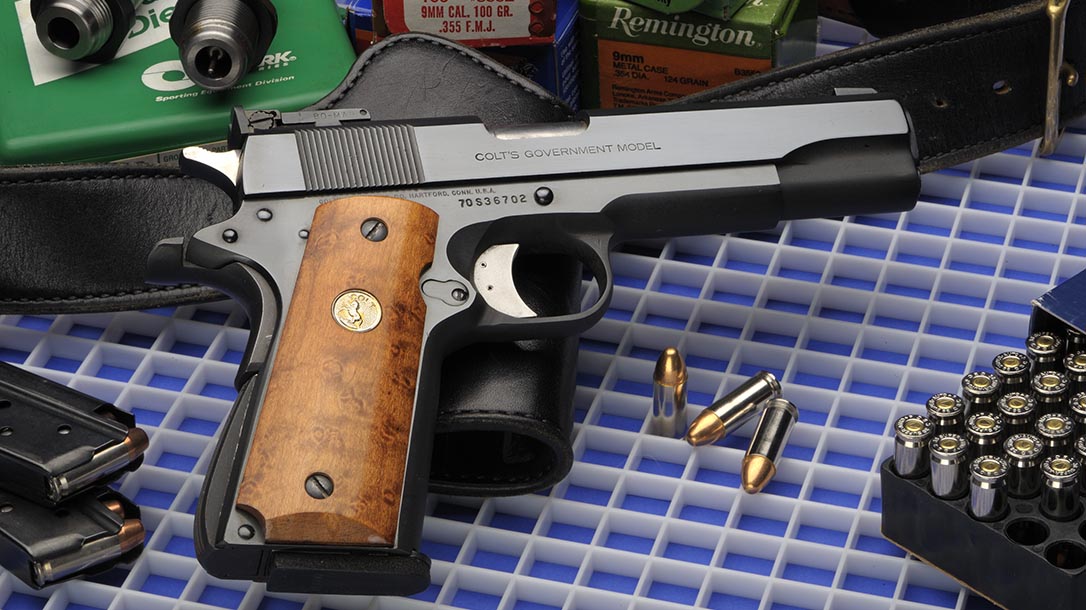 Let’s go back to the 1100s, when the first man-portable “firearms” were invented. After the Chinese discovered gunpowder, it didn’t take long for them to determine that stuffing some of it in a bamboo tube, topping it with rocks and igniting it would throw the projectiles farther and faster than human power could accomplish. Fast-forward to the mid-19th century, when mankind had refined firearms. But they were still essentially stuffing rocks down tubes on top of a charge of black powder and igniting it.

Samuel Colt patented the revolving (and repeating) pistol in 1836, while his competitors Horace Smith and Daniel Wesson bought the rights for a “bored-through” revolving cylinder for a pistol from Rollin White to go with their patent on self-contained ammunition cartridges. By 1856, when Colt’s patent expired, Smith and Wesson’s timely launch of Volcanic Repeating Arms in 1852, and its subsequent sale to Oliver Winchester in 1855, financed the iconic revolver company that bore the names of the men.

As firearms patents expired, other gun companies sprang up and kept improving technology, metallurgy and chemistry. This ultimately resulted in today’s revolver.

America’s most prolific firearms inventor, John Moses Browning, patented his first firearm design in 1885. His discovery of the waste of burning powder gases led to his self-loading automatic machine gun designs. This quickly developed into semi-automatic pistol designs by 1899. His designs continued to improve, but his initial design—which incorporated a barrel surrounded by a shroud, creating the first pistol “slide”—is still the primary one used in most recoil-operated semi-auto pistol designs today. Browning also produced some of the most popular pistol cartridges still in use, including the .25 ACP, .32 ACP, .380 ACP and .45 ACP.

Three basic pistol designs exist today: the revolver, semi-auto and the less common breechloader with one or more barrels. Because revolvers and semi-autos make up most handgun sales, we’ll dissect those to better understand their attributes. Understanding how pistols work will give you a deeper knowledge of how to handle them safely and effectively.

When a gun fires, the primer ignites the powder charge, and the burning/expanding gas pressure drives the bullet down the barrel. The rifling puts a spin on the bullet, which keeps the bullet pointed in the same direction during flight, increasing accuracy. Rifling consists of spiral cuts in the bore. The raised parts of the rifling are called grooves, and the lands are the ridges of metal between the grooves.

“Caliber” describes the size of a handgun bore and the size of the bullets designed for various bores. Caliber is usually measured as the diameter of the lands in the bore and expressed in hundredths of an inch, thousandths of an inch or millimeters. For example, a .357-caliber handgun bore measures 0.357 inches in diameter. There are no standards established for designating caliber, which can make things confusing. In some cases, caliber is given as the diameter of the bullet or something close in size to the bore diameter or bullet diameter.

The trigger group contains the component parts that fire the cartridges. The frame is a metal housing that might also serve as the handle (grip) of the handgun. It contains the trigger group. The barrel is the metal tube through which the bullet travels. Of course, a handgun barrel is much shorter than a rifle or shotgun barrel because the gun is designed to be shot while being held with one or two hands rather than being placed against the shooter’s shoulder. The term “action” can describe the function of the weapon, or as a noun, describe the specific part of a gun.

Repeating handguns (revolvers and semi-autos) hold more than one round of ammunition. A revolver uses a cylinder to store the ammunition, while a semi-automatic pistol uses a removable magazine inserted into the grip. 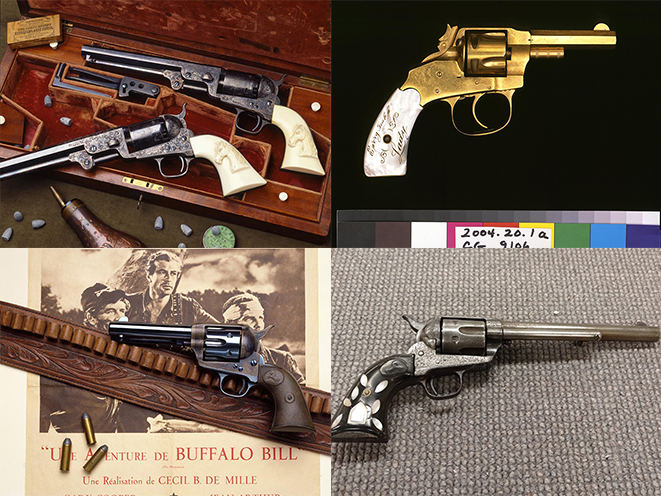 The best way to delve into learning about revolvers is to start with “single-action” models. This revolver is the earliest design that required the shooter to manually cock a hammer before pulling the trigger. After firing each shot, users must manually cock the hammer, which makes the cylinder rotate and place an unfired cartridge in line with the barrel to ready it for discharge with a subsequent shot. When all rounds are fired, the loading gate is opened, revealing a spent cartridge case. The empty case is forced from the cylinder by an ejector rod, and the cylinder is rotated by hand to expose the next empty cartridge. The process is repeated until all cylinders are empty. New cartridges are inserted into each empty chamber in the cylinder until all are filled to ready the gun to fire again.

Self-loading pistols share many common features, typically including reciprocating slides that move back and forth while the barrel stays relatively motionless. The travel of the slide chambers cartridges from the magazine and extracts loaded cartridges or fired cases from the chamber.

Manual safeties on self-loading pistols can take several forms. Some pistols incorporate multiple safeties, but others only use a passive two-part lever embedded in the trigger. The oldest safety designs include a lever on the rear of the frame or slide. Additionally, some safety levers act as decocking devices, too. 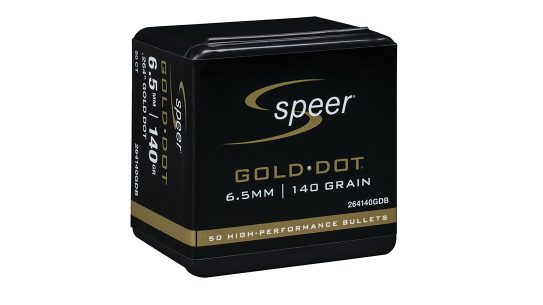