While it probably wouldn’t be the first choice, a man up in Canada stopped stopped a grizzly bear charge with birdshot. 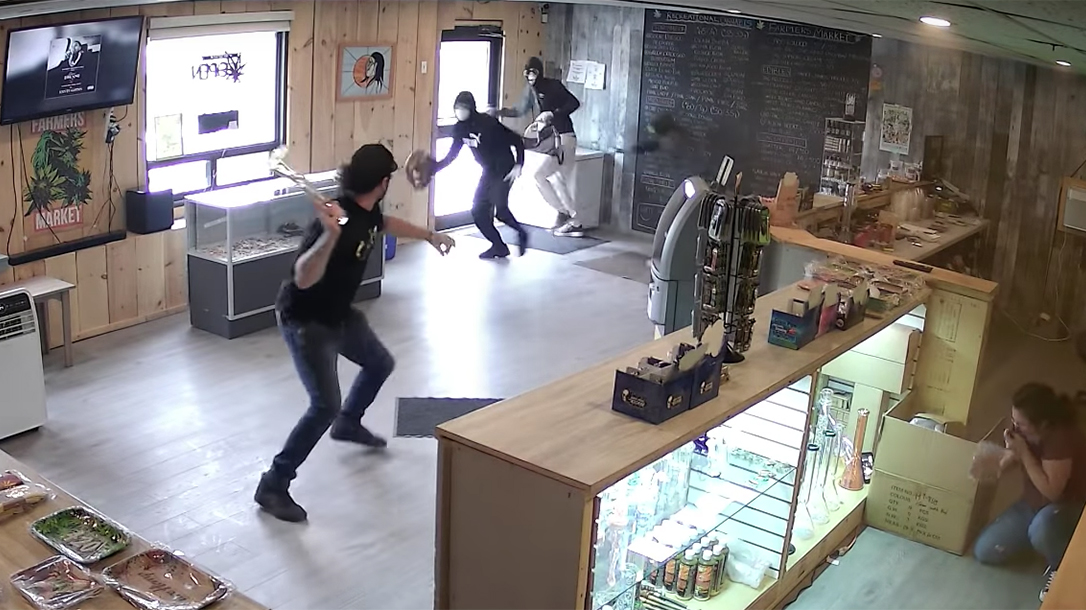 Earlier this month, J LM, he doesn’t identify himself any other way but CTV News identifies him as Lawerence Michalchuk, posted video of the attack. He also describes the events leading up to the confrontation.

Michalchuk and his wife had just returned from a trip. When they got back, they discovered a grizzly sow and her cubs had moved onto the property. The in-laws, who were watching the couple’s kids, had been unable to scare the bears away. As such, the kids had’t been able to go outside for fear that the bears would attack.

Michalchuk decided to scare away the bears by making noise. Particularly, by using the noise of a shotgun. The man loaded up his 12 gauge with three birdshot loads and walked out. After firing into the air, the sow charged, so he ran back into the house. However, the bears then seemed to be leaving, so he walked out and fired again into the air. This time, the sow looked back at him, turned and charged. According to Michalchuk, the sow had her “head down, ears back, and hair flat,” which meant this was a serious charge.

Unfortunately, the Canadian only had one shot left. He also knew that it wouldn’t end well if he turned and ran. So, he backpedaled until the bear was close and then fired, hoping to warn her off. Michalchuk even aimed at the sow’s right side so that he wouldn’t blind her while stopping the grizzly bear charge. It worked. The video shows the bear stumbling at the shot, which gave him time to get to safety.

While a shotgun might be a good firearm for stopping a grizzly bear charge, most shooters wouldn’t choose birdshot. In fact, slugs or buckshot is probably the best choice, as both have significant stopping power. After that, most folks would probably choose a rifle or a large-bore handgun. Also, some folks might be less concerned with the bear’s health after the incident. Of course, Michalchuk supposedly worked for the department of fisheries and had received bear training. As such, he might have a different point of view than others. Additionally, laws regarding this type of situation can be tricky, and often depends on who is making the decision.

Michalchuk probably should have had a handgun on his hip. The shotgun blast worked, but it only stopped the bear for a few seconds, just enough time to get away. But it he had tripped, the bear would have got him. Either way, it is a good thing that his wife was filming. This video is both a learning experience and evidence that he had justification to pull the trigger. 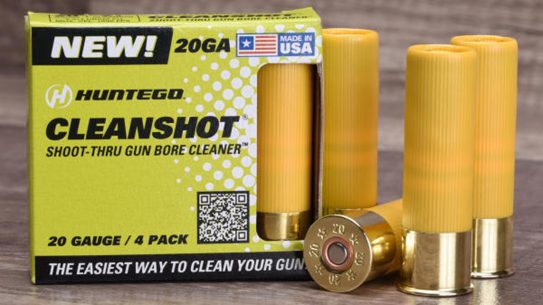 After making a huge splash with its 12-gauge model, CleanShot decided to follow suit...