With an attached SRD9 suppressor, the Sig P229 is even more manageable, and a lot more quiet.

Sig Sauer has a long history of service with the military and law enforcement communities. For many years, the Sig Sauer P226 has been the pistol of choice for the U.S. Naval Special Warfare Group, or SEALs. The Sig P229 in .357 SIG is the issued pistol for the U.S. Secret Service and the Federal Air Marshal Service. Sig pistols are also extremely popular in the commercial market because shooters appreciate their quality and robust designs. 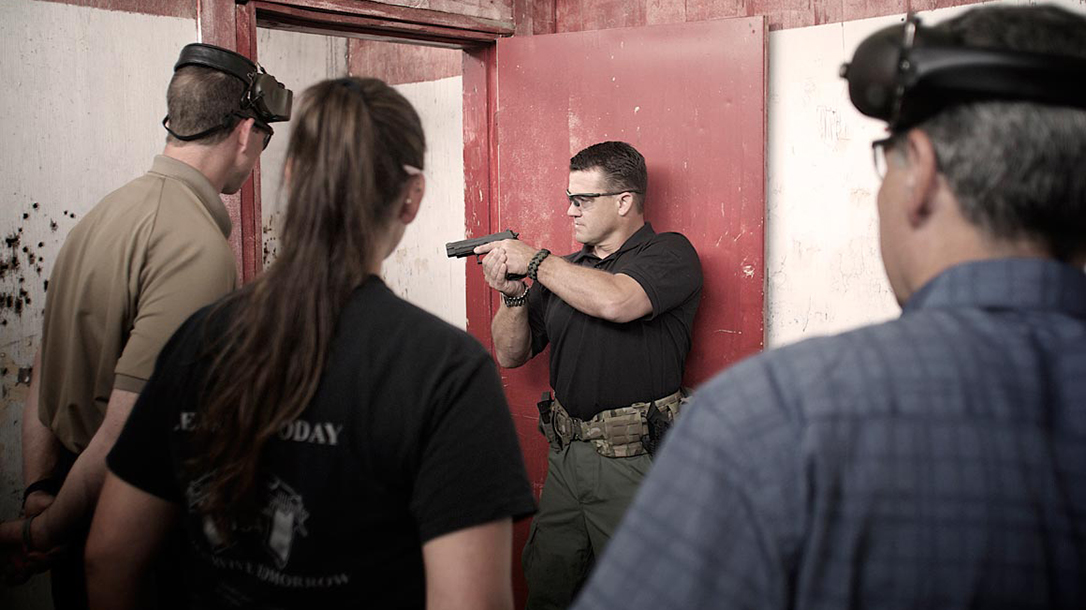 This past year, I visited Sig’s factory in New Hampshire. The manufacturing facility was impressive and used the latest CNC technology. While touring the display room, I was drawn to the P229 Legion pistol. The P229 is the follow-up to the P228 and, like its predecessor, it’s a mid-sized pistol with a double-stack magazine and traditional double-action/single-action (DA/SA) fire controls. In short, I immediately knew I wanted to review this superb pistol.

Sig introduced its Legion program back in 2015. It’s essentially a line of enhanced pistols with a customer loyalty program. Those who purchase Legion products can enroll in the program by registering online with Sig. Then they’re eligible for Legion-branded accessories and other program discounts. It’s Sig’s fraternity for professional users.

I received a P229 Legion for testing and was impressed. It’s finished in a proprietary gray PVD coating—an attractive color unique to the Legion series—and features custom G10 grip panels with Legion medallions.

On the slide, I immediately noticed the X-RAY3 day/night sights. The front sight has a tritium insert surrounded by a luminescent green capsule. The rear sight has traditional tritium two-dot inserts that offer a distinct contrast to the front sight. The rear sight also features a forward cocking ledge for single-handed manipulations. The Legion logo is engraved on top of the slide, just ahead of the rear sight.

In terms of ergonomics, the Sig P229 and P228 have always felt good in my hands. The contour of the backstrap helps negate the size required of a typical double-stack pistol. But the P229 Legion’s aluminum-alloy frame features several enhancements over the standard P229. These are functional and attractive, and include an extended Elite beavertail that, combined with the X-Five undercut frame, allows for a higher purchase on the pistol. The frontstrap also has more aggressive checkering to match that on the bottom and front of the triggerguard.

Mechanically, the P229 Legion features an enhanced, polished action, as well as a custom Grayguns P-SAIT trigger. This trigger features a shorter reset and an adjustable overtravel stop. The DA trigger on my test pistol was long but smooth, with slight stacking near the end. I couldn’t measure the DA pull with my gauge, but in SA mode, the trigger broke cleanly at 4.5 pounds with minimum overtravel.

Finally, field-stripping the P229 Legion is safe and easy. After removing the magazine, manually lock the slide to the rear. With the slide locked to the rear, rotate the takedown lever downward. The slide stop is then released, and the slide comes off the front of the frame. One warning: You should maintain control of the slide to prevent it from launching across the room.

I decided to pull out all the stops with the P229 Legion and dug deep into my ammo locker. I tested it with eight different loads. Regardless of bullet weight or velocity, the P229 ate it all without missing a beat. When shooting from a benchrest at 25 yards, my groups were less than 2-inches wide on average.

However, I found it challenging to transition to a DA/SA pistol. Thankfully, after several hundred rounds, I felt like I was beginning to get the feel for the gun. The DA trigger pull was heavy and long, but I adjusted my grip and increased my concentration on the front sight. I then ran some of Ken Hackathorn’s “10-10-10” drills, where you fire 10 shots at an NRA Bullseye target at 10 yards in 10 seconds.

Determined to improve my DA skills, I set up the NRA Bullseye target at 7 yards. I started from a high-ready position and fired 10 DA shots with a par time of 1.5 seconds for each shot. The third time I ran the drill, I scored a 96, with one round in the 8-ring and two rounds in the 9-ring. So, although I improved, if I were going to carry the P229 Legion for personal defense, I would work on this drill more. I would also move from 7 to 10 yards. However, I noticed that the high-visibility front sight on the P229 Legion was easy to index and track during recoil.

As perfect as the Sig P229 Legion is, I decided to up the game by ordering a threaded barrel as well as Sig’s SRD9 suppressor. This refined suppressor is 7.2-inches long, 1.38 inches in diameter and weighs 9 ounces. Sig builds the from Grade 9 titanium and the baffles from stainless steel. Even better, the baffles can be removed for cleaning or replacement. According to Sig’s technical data, the SRD9 meters in the 128-decibel range with subsonic ammunition.

With the suppressor in place, I loaded a magazine with Super Vel’s subsonic 147-grain Hush Puppy rounds. I didn’t have access to sound testing equipment, but the SRD9 was, to borrow a term from a friend, “hotel room rated.” I tested five subsonic loads that ranged from 123 to 147 grains. The 124-grain Federal American Eagle Suppressor load averaged 1,031 fps and was slightly louder than the heavier 147-grain subsonic loads. However, it’s an economical load, and I’m glad Federal is offering such a silencer-specific load. The P229 Legion was a joy to shoot with the SRD9, and I quickly exhausted my supply of subsonic ammo. 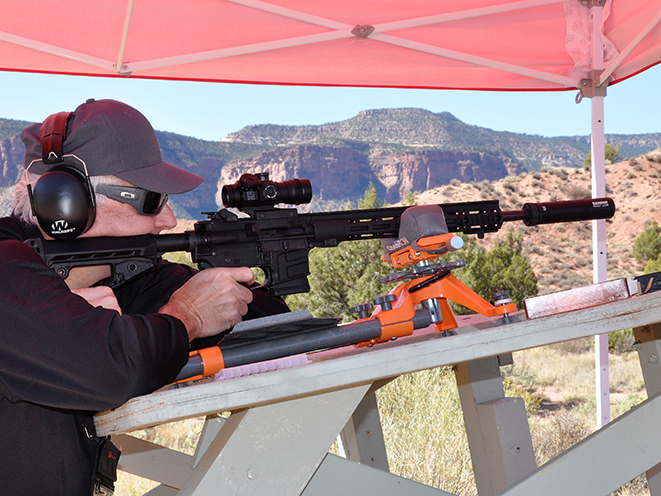 Available in 115-, 124- and 147-grain loads, Sig’s premium V-Crown ammunition is ideal for personal defense. As noted, the V-Crown 147-grain load is not designed to be subsonic, and it averaged 1,200 fps. For a subsonic personal-defense load, I’m a fan of Gorilla’s 135-grain Silverback SCHPs, which averaged 886 fps and were extremely quiet. In previous tests, this Gorilla load has also proven to penetrate and expand reliably. The Speer Lawman and Super Vel Hush Puppy loads averaged 980 fps and 919 fps, respectively. This is really the sweet spot, and they performed well.

The P229 Legion is only one of 10 variants of the P229 that Sig offers. These include the P229 RX, which is set up with a ROMEO1 reflex sight, and the M11-A1, a commercial copy of the M11 pistol issued to specific American military units.

Sig has always been trusted by those who go into harm’s way. The Legion series takes this to a new level with, in my opinion, the latest P229 taking the lead. The P229 is the ideal concealed-carry pistol, and when combined with the SRD9 suppressor, it ranks very high on the coolness scale. For those who already own a Sig pistol, you can order a threaded barrel and other accessories from the company, including pistons and thread protectors. As you can see, Sig truly is a one-stop shop. For more information, visit sigsauer.com.