This article is from Personal Defense World Magazine issue No. 214, on sale Oct. 16, 2018. To read the entire story, grab your copy at OutdoorGroupStore.com.

When it comes to defending yourself, you have to keep it simple. When I was training at the CIA’s Top Secret facility, they didn’t have 10 years to show us 87 different martial arts moves. They had a short time to teach us the most practical self-defense skills to keep us alive on the streets. 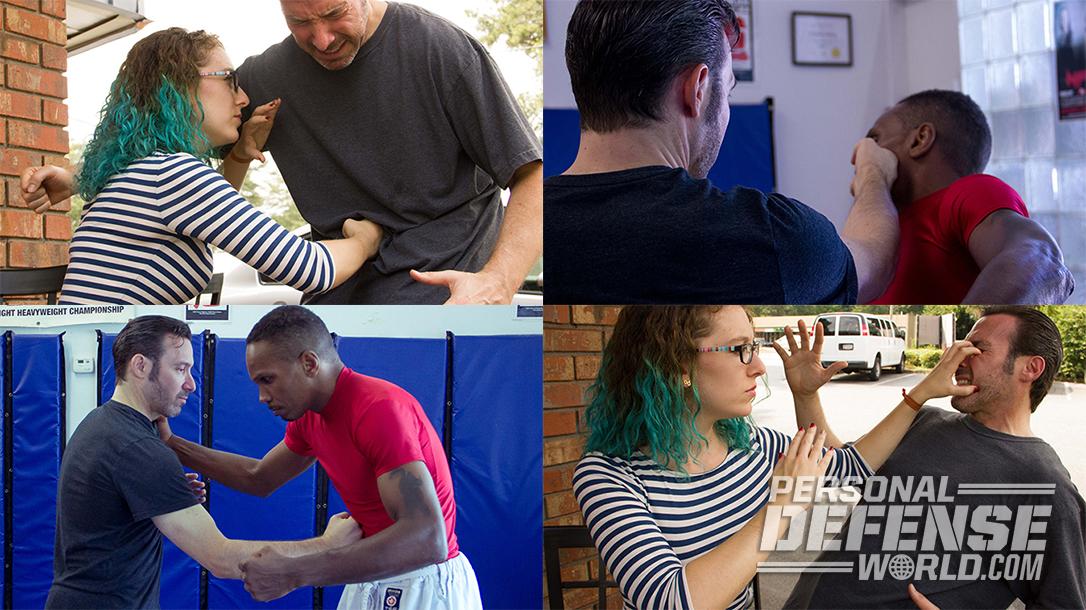 Way of the Fist: 5 Techniques for Delivering a Powerful Punch

This is why I want to share with you what I call “Spy Boxing.” It’s one of the best ways to defend yourself while also getting in excellent shape.

When it comes to the punches to do on the bag, you’ll want to practice using the jab, straight punch, uppercut and hook. Basically, the punches you already know. But, as silly as it sounds, I want to describe to you how to do a punch correctly that way you don’t injure yourself and you do the most damage as possible to your attacker.

First, form a fist and clench your fingers very tightly. Do not have your thumb extended out in the air. I’m sure you’ve seen videos of some guy punching and his thumbs are out. This is not a good idea. You want to wrap your thumb around tight so that it’s touching your second knuckle and possibly your third knuckle depending on the size of your thumb.

Types of Punches: The Jab and Straight Punches

As far as the punches, let’s start with the jab. If you’re right handed like I am, then you’ll be jabbing with your left hand. A jab is not a knockout punch, but you can use it to distract and annoy your attacker for the split-second before you throw a devastating straight punch with your right hand. Make sure that as you throw the straight punch you are twisting your hips and are transferring your weight from your back foot to your front foot.

Types of Punches: The Hook

Another punch you’ll want to use is the hook. You can throw the hook with either your right or left hand. Unlike the straight punch where you are punching straight ahead, with the hook, you are hooking around and nailing your attacker on the side of the face and body. Ideally, your arm should be bent at a 90-degree angle when making contact with a person.

Types of Punches: The Uppercut

Last, is the uppercut, a very powerful punch. To execute the uppercut, you’ll bend your knees and drop slightly and punch upwards, hitting your attacker underneath their chin. Admittedly, the uppercut can be harder to practice on a heavy bag, but you can purchase focus mitts and practice this punch with a training partner.

Now that you know the simple punches you’ll use, here’s the big difference of what you’re doing versus the boxing you see on TV.

In traditional boxing, you see the fighters dancing around and throwing a bunch of jabs. There is no sense of urgency and they’re taking their sweet time. But, in a real street fight, you want to overwhelm your attacker and go at them with everything you’ve got. You’re not Lenny McLean.

You don’t let up until the threat is stopped and they’re no longer trying to harm you. This means that when you’re training on your heavy bag you don’t throw three jabs in a row and dance around. Instead, you throw a jab, then straight punch, then hook, then throw in a knee and you do this as quickly and aggressively as possible and you keep doing it over and over.

I know that you’re familiar with the military term “Shock and Awe” and this is exactly what you’re doing to the threat until they aren’t coming after you anymore.

What’s more, since this isn’t traditional boxing, you don’t have to stick to the four common punches. If you want, you can add in a hammer fist or back fist or anything else when you’re trying to stop your attacker.

This article is from Personal Defense World Magazine issue No. 214, on sale Oct. 16, 2018. To read the entire story, grab your copy at OutdoorGroupStore.com.