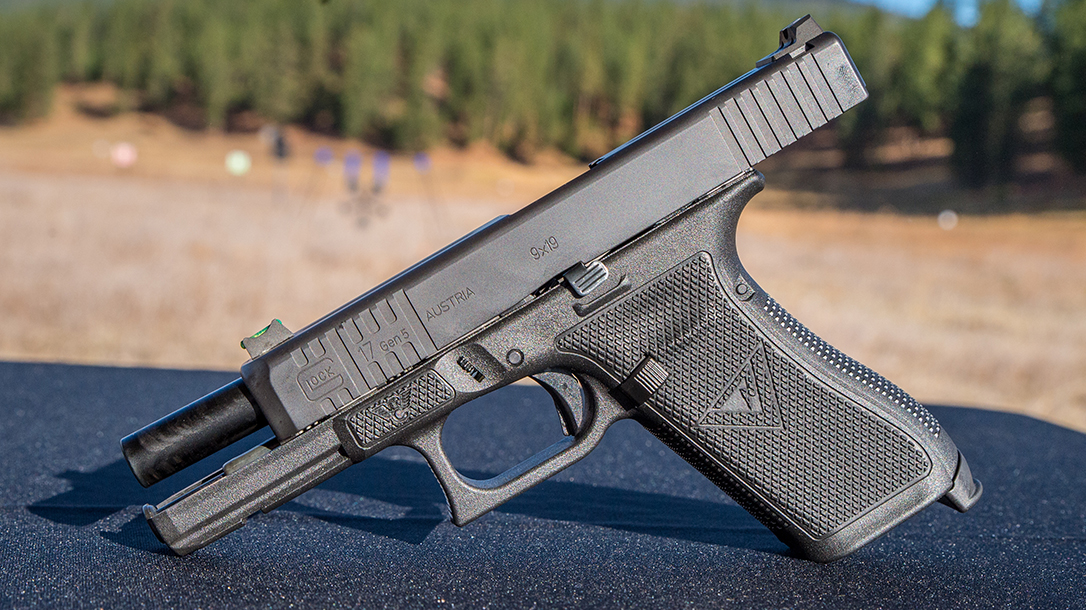 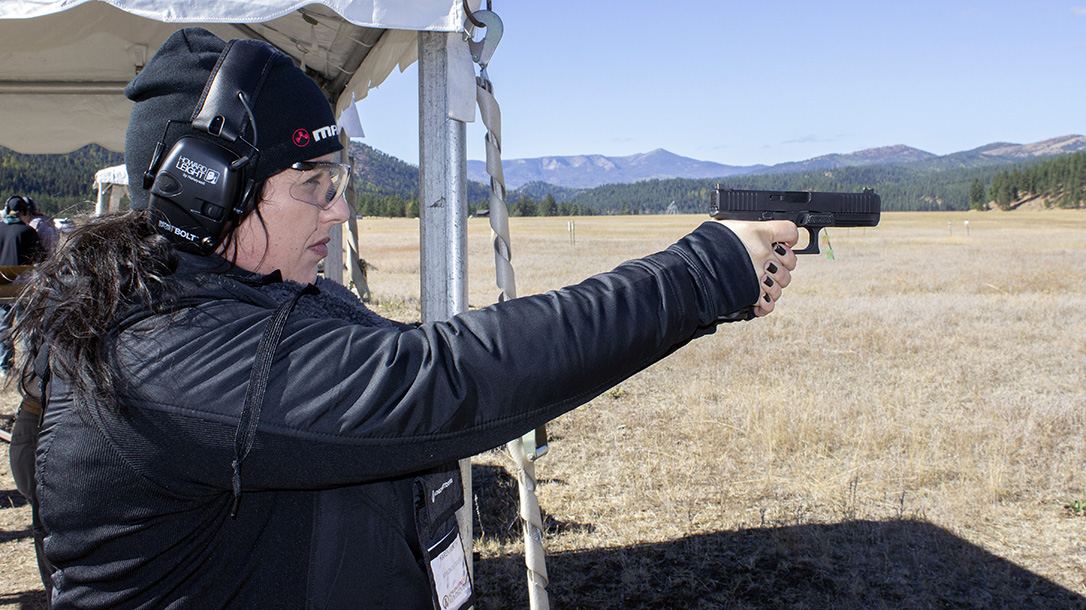 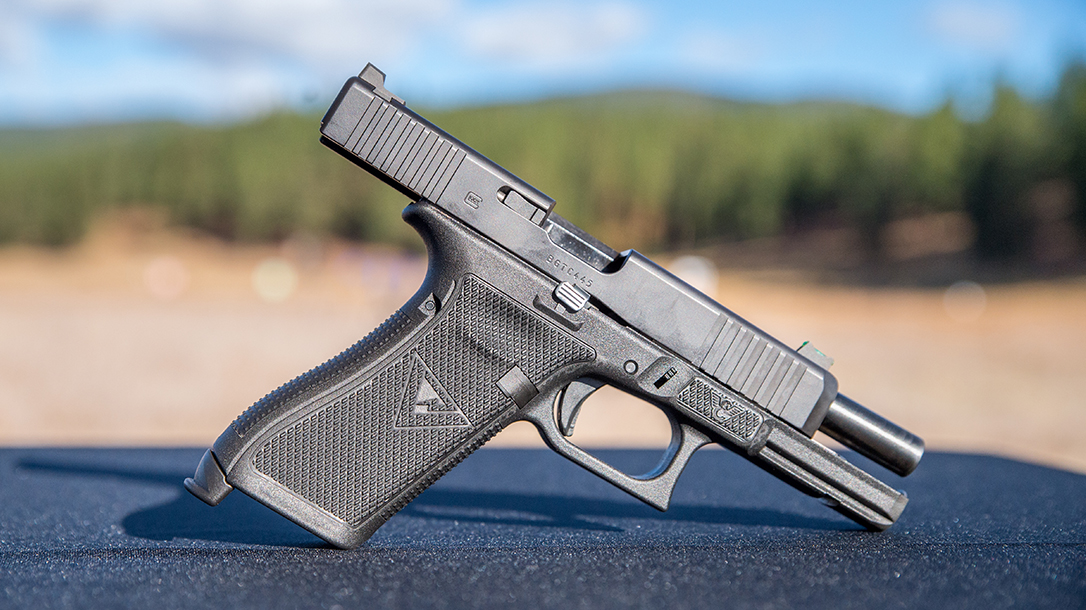 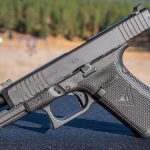 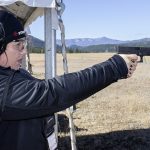 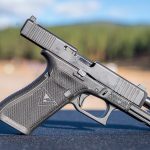 It would make no sense and strike as arrogant to assume that refinements to striker-fired handguns would not benefit users after nearly 40 years on the market. This epiphany came to me at the 2018 Athlon Outdoors Rendezvous, while speaking with Wilson Combat’s Mike Loder and Steve Woods. This is also what brought the Wilson Combat Vickers Glock to my attention. 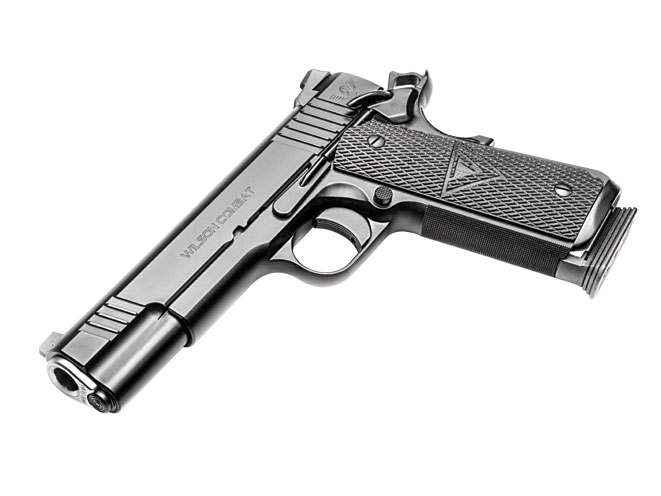 Wilson Combat is a plank holder in the custom 1911 universe. Because of this, how could a Glock even be mentioned in the same sentence? The answer is a mixture of intuitive business sense, respect for what works no matter firearm type and ability to collaborate with well-recognized expert Larry Vickers.

While examples of striker-fired handguns pre-date 1982, this date is critical in that this is when the Glock entered service. Few people debate that the 9mm Glock 17 redefined semi-automatic handguns in terms of capacity and polymer construction.

Polymer-frame, striker-fired handguns are inherently lighter, thinner and simpler due to the limited number of parts needed to make the gun. The Glock needs fewer large steel parts, thus there are less parts to break. This makes the gun easier to maintain, and more reliable. Additionally, the relative quick adoption of striker-fired weapons for law enforcement and military around the world bears out this truth.

Wilson Combat literature points out that special operations veteran Larry Vickers has strong ideas about tactical service pistols and believes the Glock is the finest choice for a polymer-frame, general-issue handgun. In fact, his experiences with the Gen5 Glock 9mm platform has led him to believe that it is the best of the Glock breed. However, Larry sought further improvement with some subtle and practical customization. The Wilson Combat Vickers Elite Glock package is the result.

Wilson Combat will offer customers a Gen5 Glock 17 or 19 modified to Vickers’ specification by its world-class gunsmiths.

Aesthetically, the Wilson Combat Vickers Elite Glock is defined by laser stippling on the polymer lower using the Vickers Elite pattern. The Vickers Tactical Logo is also on the grip panel.

The slide is finished in Black-Armor-Tuff. Wilson Combat provides a duty-action tune up that includes smoothing out operation related to the trigger and reliability.

Wilson Combat told me to dry fire the Wilson Combat Vickers Elite Glock before test firing, such is the difference in trigger pull and reset over a factory model. This was solid advice.

The rear sight is configured in a way to assist in “settling” the front post quicker and more effectively than other sight designs. As such, target acquisition is fast, giving a clear “flash” at close range, but it allows for more precise fire at distances. Additionally, the green fiber optic draws attention to the front sight. This allows automatic focus on the most important part of the sighting system — the front sight — and its orientation within the rear sight. 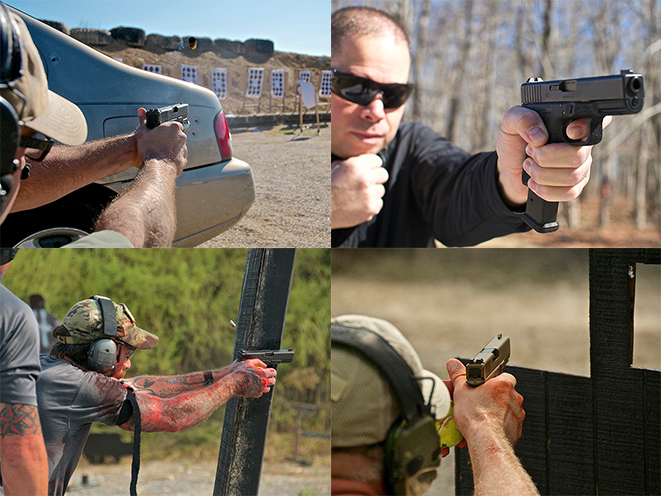 The Wilson Combat Vickers Glock’s low bore axis relative to the shooter’s hand allows for a very stable sight picture, no matter how many or how rapid rounds are fired. The low axis also aids in minimizing muzzle flip.

I immediately noticed the laser stippling and trigger tuning with short reset when firing the Wilson Combat Vickers Glock. To my way of thinking, the “secret” to striker-fired handgun success is minimal operating controls, high cartridge capacity to size ratio, relentless reliability and the trigger.

Glock has always followed this formula. Wilson Combat has only increased the potency with its Vickers Elite Glock package. 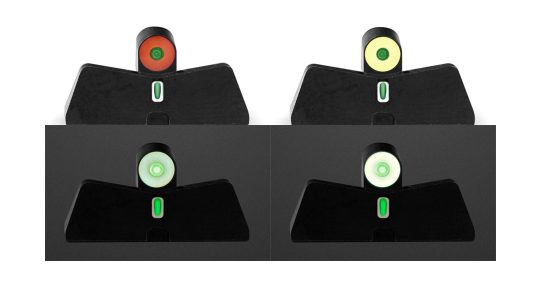