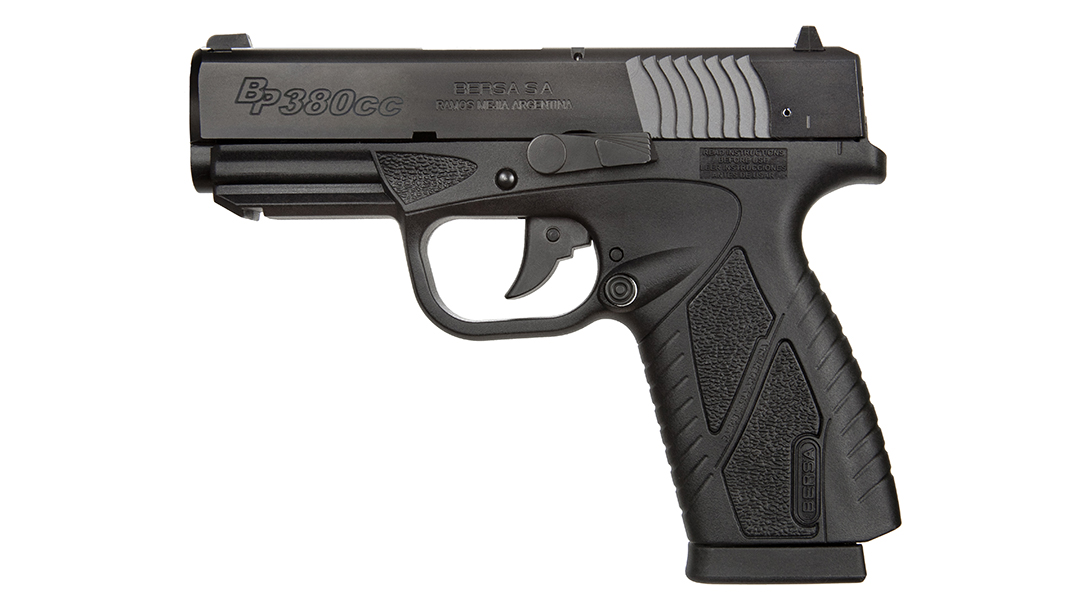 1 of 10
Photo by Bersa
Bersa BPCC
The variety of pistols that Bersa in Argentina produces costing less than $400 is truly remarkable. The company’s concealed-carry BPCC is available in .380 ACP, 9mm and .40 S&W. The .380 ACP version is similar in size and weight to the Thunder but differs in several ways. It has a high-impact polymer frame, a striker-fired operating system, three-dot sights and a Picatinny rail for mounting lights, lasers and light/laser combinations. Its MSRP is $374. 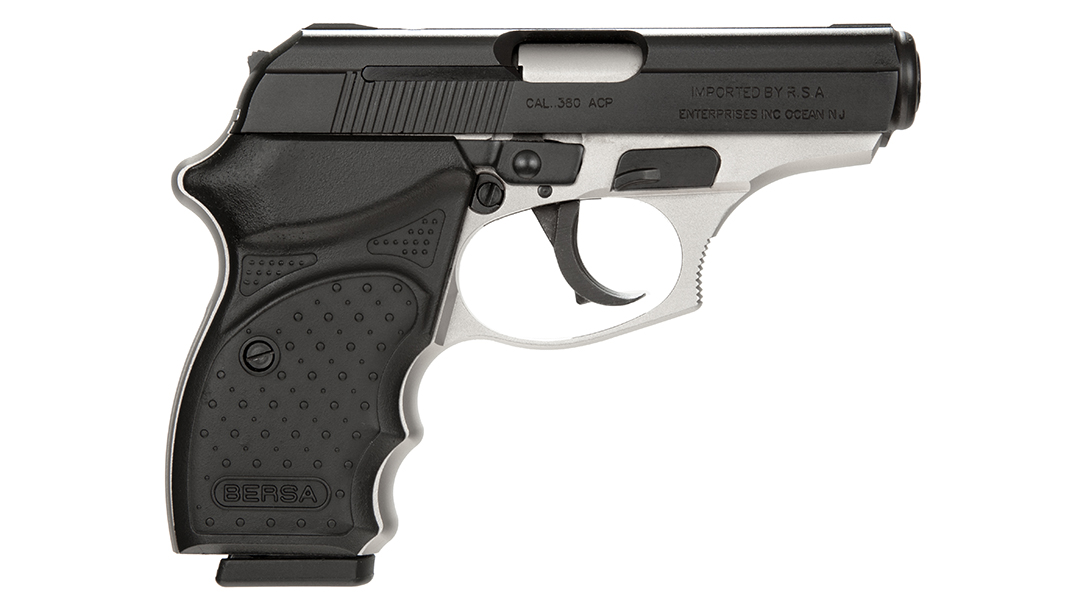 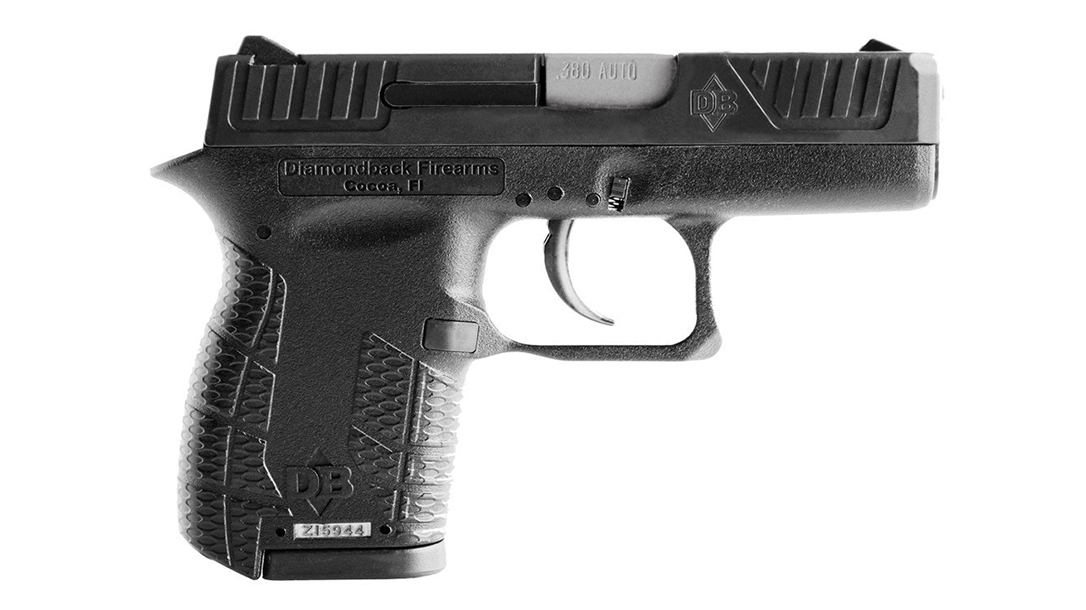 3 of 10
Photo by Diamondback
Diamondback DB380
The DB380 is a small, concealable semi-auto. It’s 5.26 inches long, 3.75 inches tall and just 0.75 inches wide. It weighs just 8.8 ounces unloaded and is easy to tuck in a pocket. The gun holds 6+1 rounds of .380 ACP ammo, and the slide and barrel have been designed by “Finite Element Analysis,” making them very strong and durable, according to the company. The model shown is just $290. 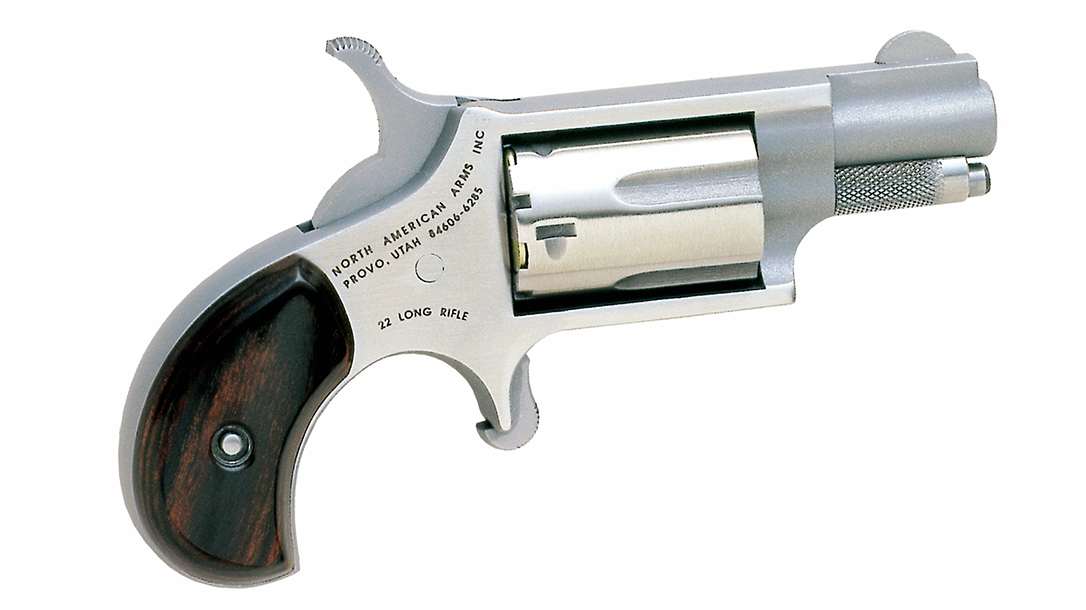 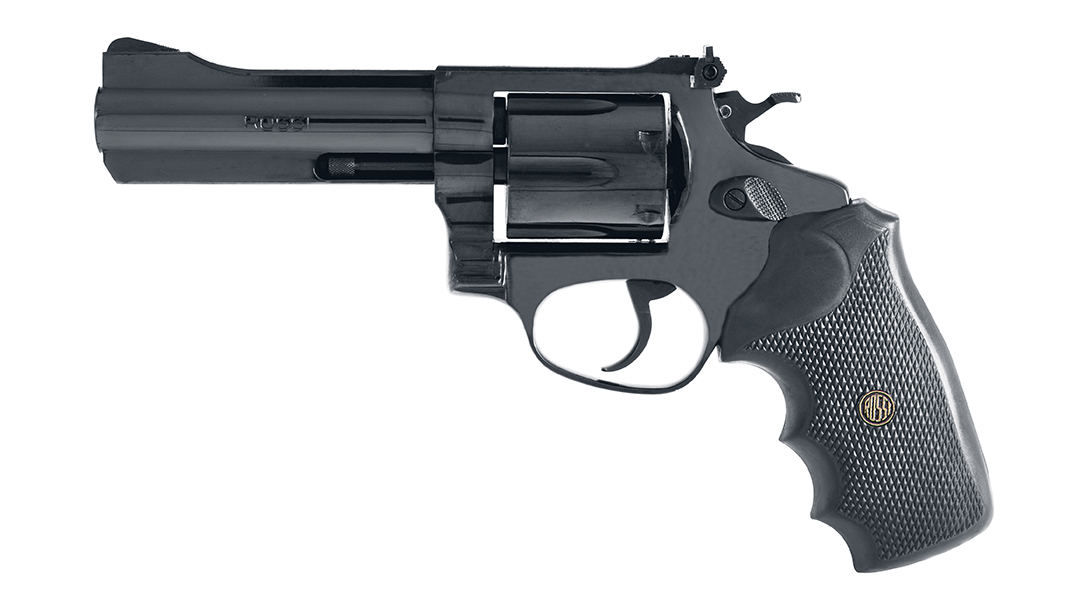 5 of 10
Photo by Rossi
Rossi 971
The Brazilian firm Rossi, owned by Taurus, produces several revolvers for less than $400. The Models 971 and 462 are all-steel, DA/SA sixguns chambered in .357 Magnum. The Rossi 971 has a 4-inch barrel with a full underlug and adjustable sights. It weighs 32 ounces. With an overall length of 8.5 inches, it’s easily concealable under a light coat in a pancake or high-ride holster. Its MSRP is $399. 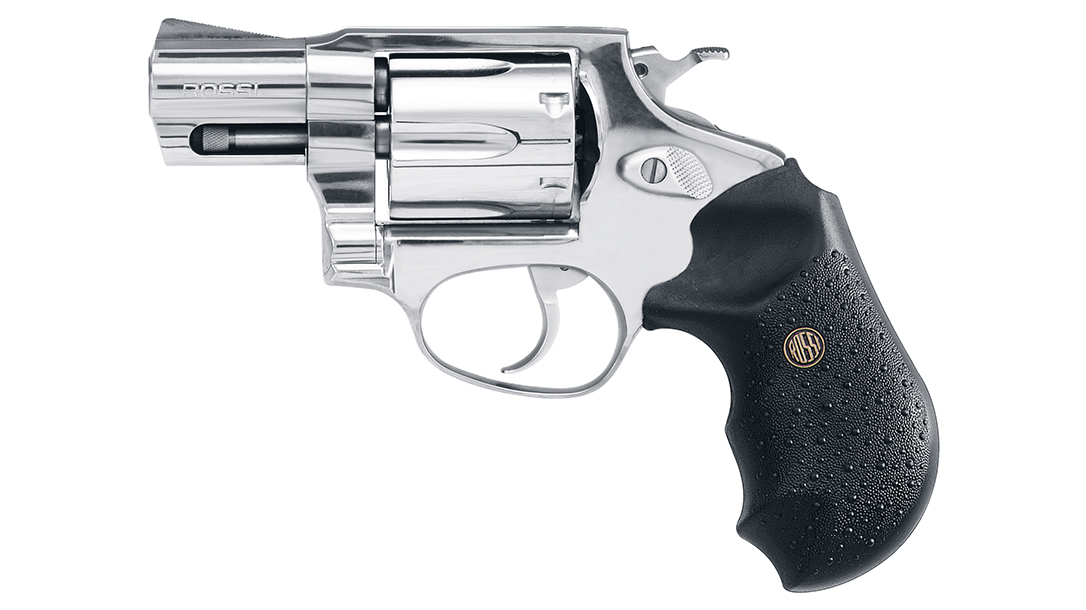 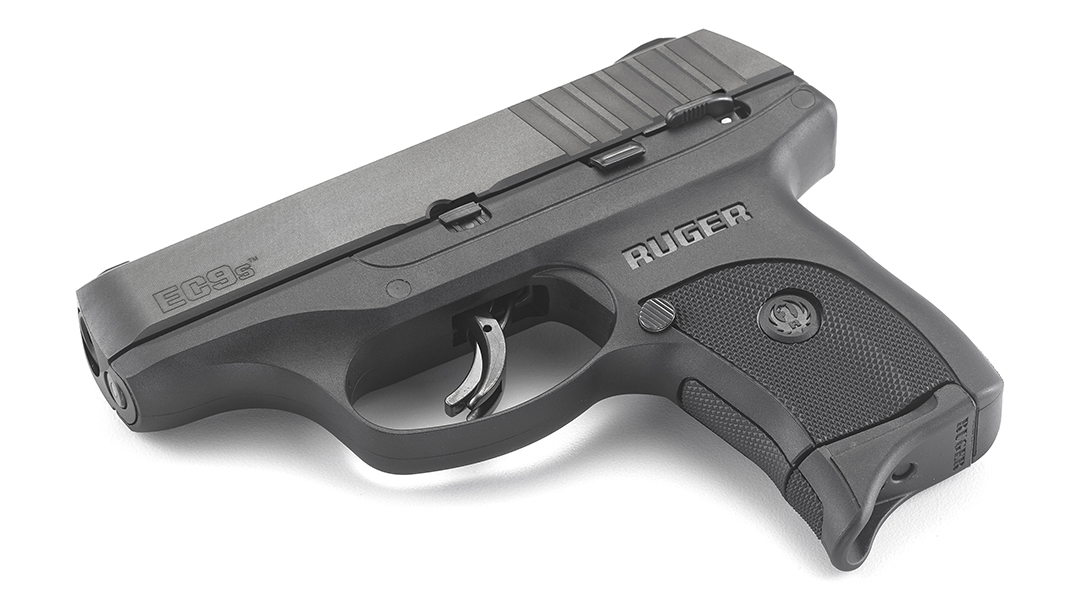 7 of 10
Photo by Ruger
Ruger EC9
Ruger’s new EC9s is a striker- fired, eight-shot 9mm that’s just 6 inches long and 4.5 inches tall, and it weighs only 17.2 ounces unloaded. This rugged little gun has sights milled into its steel slide and a tough glass-filled polymer frame. The slide and barrel are both finished in corrosion-resistant black oxide. Its MSRP of $299 makes it attractive for home defense or concealed carry. 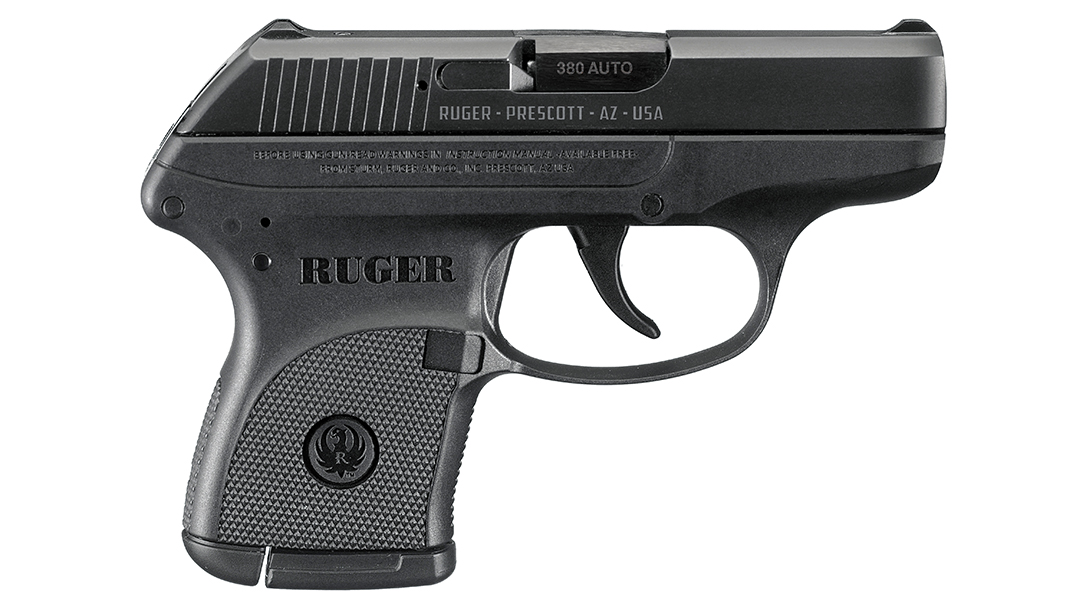 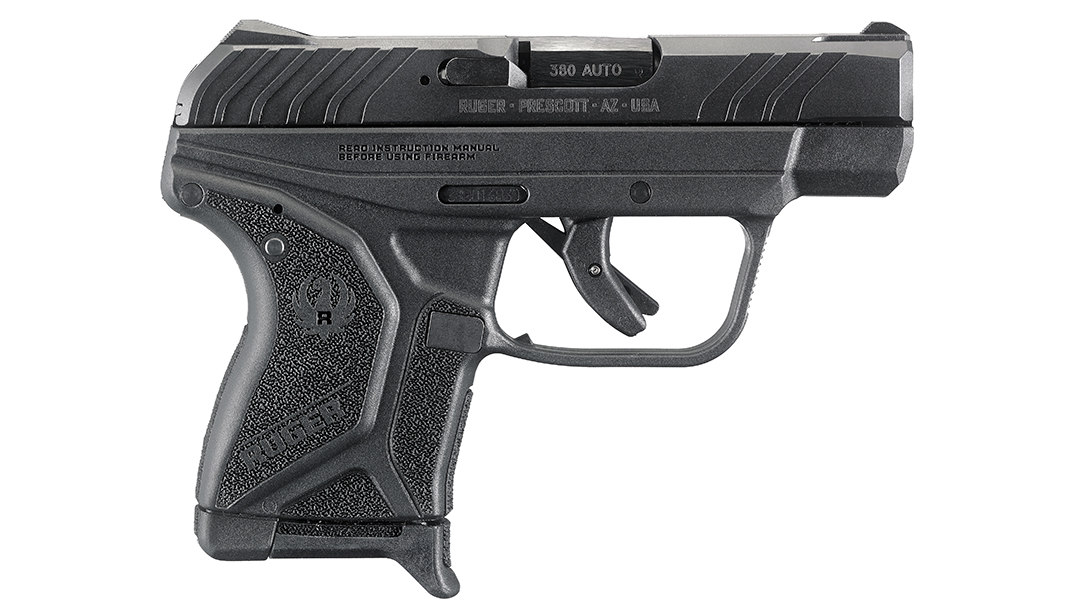 9 of 10
Photo by Ruger
Ruger LCP II
The new LCP II is striker- fired. At 10.6 ounces unloaded, the LCP II weighs only an ounce more than the original LCP. With an MSRP of $259 for the LCP and $349 for the LCP II, these reliable little guns are a good value. 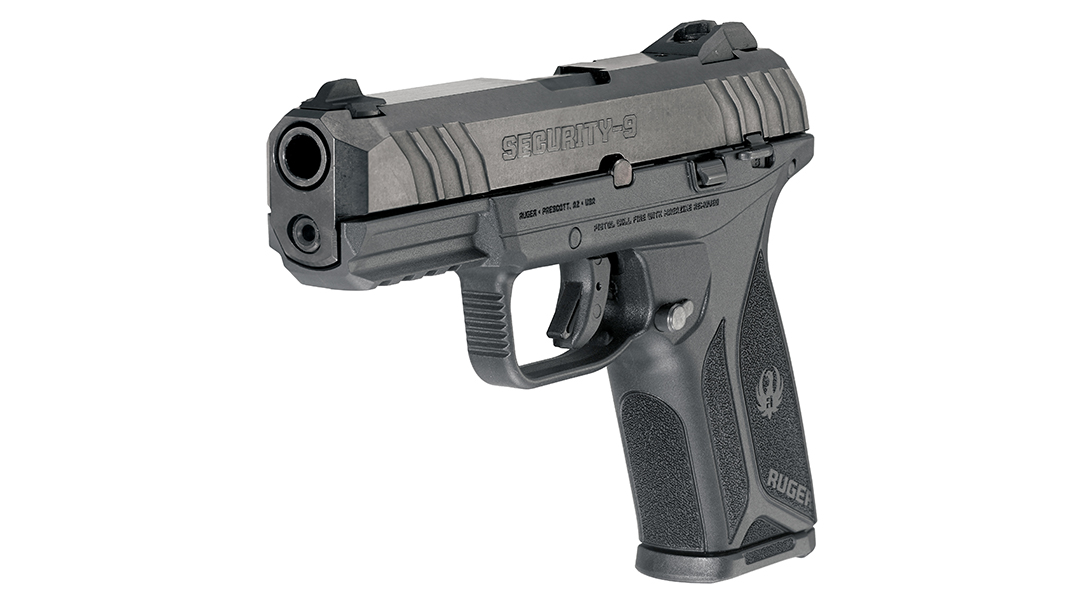 10 of 10
Photo by Ruger
Ruger Security 9
Ruger also recently introduced a low-priced, large-framed semi-auto. The 9mm Security-9 is 7.24 inches long, 5 inches tall and 1.02 inches wide. It holds 15+1 rounds, giving it considerable firepower. And even though it’s a full-sized gun, it weighs only 23.7 ounces unloaded thanks to its high-performance glass-filled nylon frame. The barrel and slide are made from through-hardened alloy steel, and the sights are drift adjustable for windage. Its MSRP is only $379. 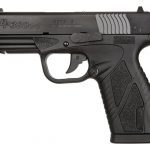 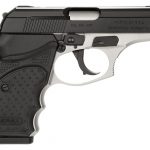 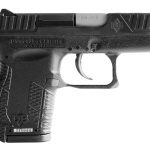 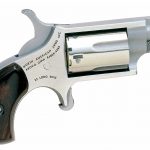 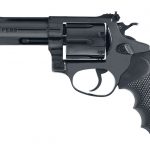 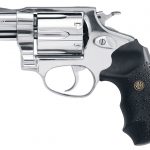 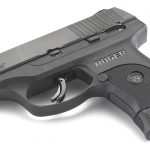 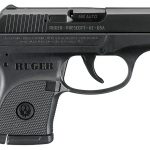 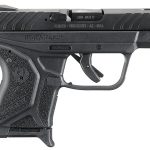 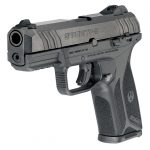 Like everything else, the price of new and used handguns has generally increased in the past few years. Inflation and increasing demand are two of the main causes. But people on fixed incomes often can’t afford to shell out $600 to more than $1,500 for a handgun. They need something that’s inexpensive, reliable and doesn’t shoot ammunition that costs an arm and a leg. Thanks to modern computerized manufacturing processes, such as CNC machining, there are several affordable handguns to fill your needs. 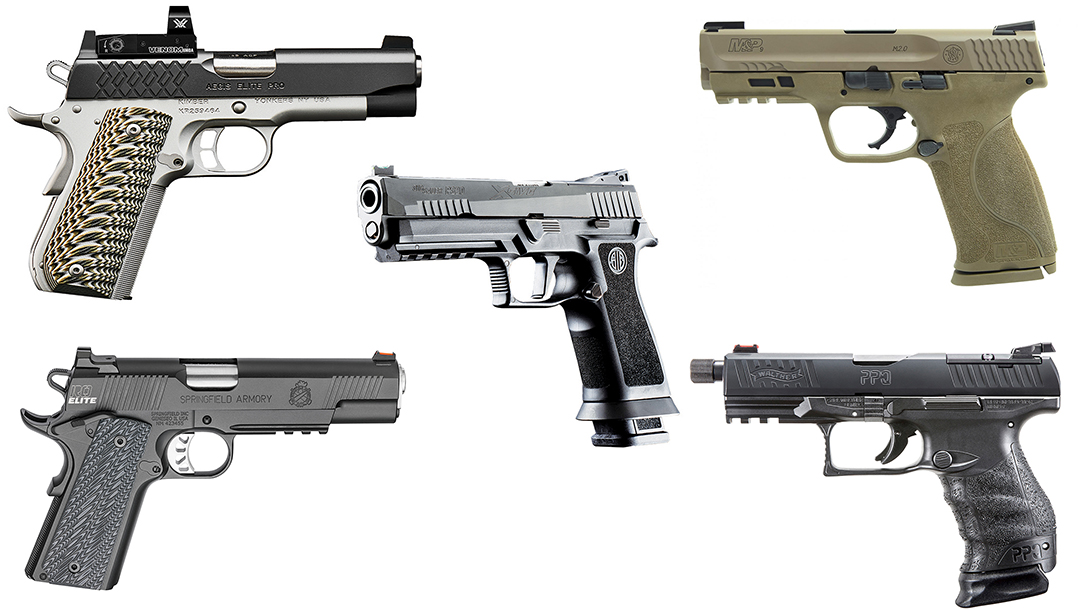 I’ll briefly review several of them here, but before I start, here’s one word of advice: Shop around. Some gun shops offer significant discounts on handguns, bringing them well below the MSRP. So don’t buy a gun at full retail until you’ve checked at least two or three shops. I’ve also tested or owned several guns from the companies listed here and found them to be good values. Let’s take a closer look.

Ruger EC9 In the Hands

I was lucky to get an EC9 for testing. I examined the little Ruger at my workbench, and then shot it to test its accuracy at 10 yards before running some 7-yard drills with it at the Flagler Gun Club. Function tests at my bench and an examination of the interior and exterior surfaces showed no defects in manufacturing. The finish was even and well matched. There were no sharp surfaces or tool marks, and all of the parts were well formed.

I tested the gun with 124-grain Freedom Munitions match ammo, Winchester’s PDX-1 +P rounds and assorted duty ammunition from other companies. The EC9s has a stout recoil spring, and a couple of the lighter match rounds did not fully eject, which only shows that all guns like some loads better than others. The gun ran without incident with all other ammo.

Shooting from the 10-yard line produced a score of 97 of 100, which is good for a pocket pistol. Ten double-taps from the holster while moving one step off the “X” put 10 shots in the chest and 10 in the head. The average time was 5.33 seconds.

For more information about the affordable handguns featured in the gallery, please visit the companies’ sites. 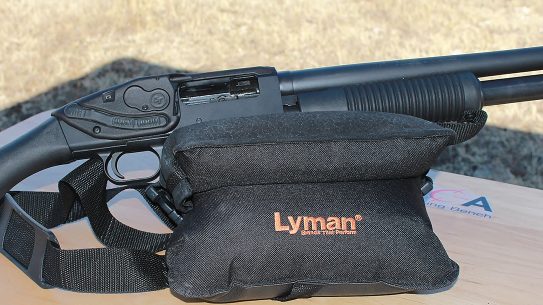 Crimson Trace Lasersaddle: A Smart Addition to the Mossberg Shockwave

With the introduction of the Crimson Trace Lasersaddle, shooters have a viable laser sighting...