by Everett Deger
in Guns, Handguns
0

Over the years, a number of calibers have come and gone. Also, I’ve heard countless questions and comments from friends about the “perfect handgun caliber.” Too often the conversation delves into the tactical, military or law enforcement aspects of the 9mm versus the .45 ACP. The conversation will then dip into the historical and pit the German Luger against the Colt 1911 from the early 20th century. It’s easy to see where we base our decisions, and it isn’t hard to find out why people choose what they do. After all, nothing is more personal than a firearm that you trust your life to. 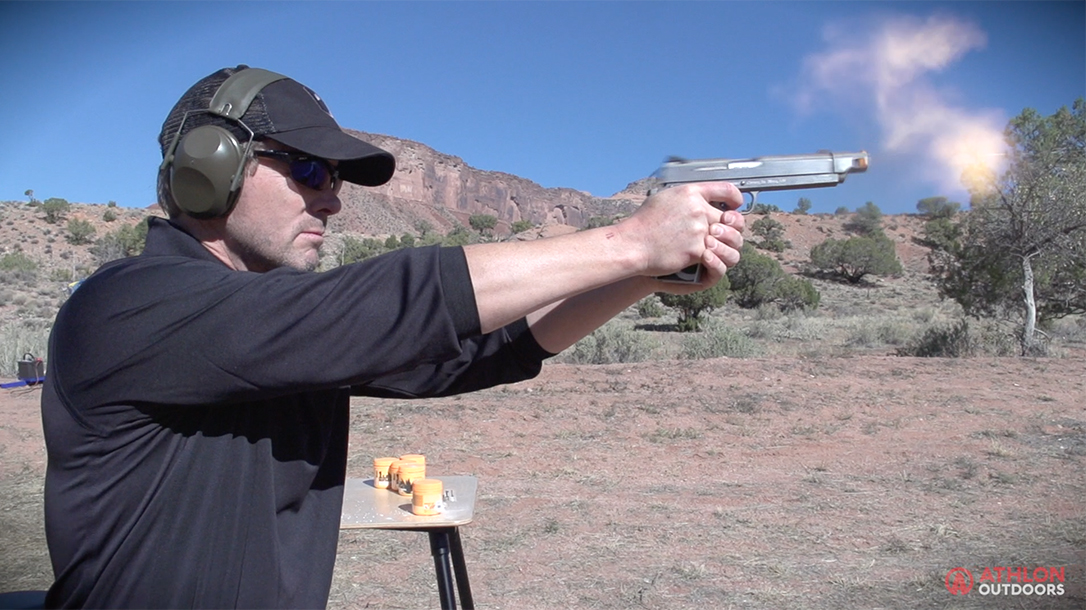 You see, calibers are just like a great pair of shoes. You pick those that fit you best, feel comfortable and can be used regularly. They also make a statement about who you are. Once the conversation circles back around, I find myself going old school and landing on a wheelgun cartridge, or at least what I used to think was just a wheelgun cartridge.

What a Wheelgun Cartridge

I’m talking about the venerable .357 Magnum. Developed by the fine craftsman at Smith & Wesson with input from a hero of mine, Elmer Keith, and Phil Sharpe, the cartridge was born from its parent, the .38 Special, and released in the mid-1930s. My favorite attribute of this caliber is probably that it was designed to defeat the metal found on car doors. Not the tinfoil you find on today’s cars — I mean honest-to-goodness sheet metal.

A by-product of the Gangster era, the .357 Magnum was built to defeat car doors, ballistic vests and most cover used by bootleggers and rum runners of the day. Its overall case length exceeded the .38 Special’s so that it could not be mistakenly loaded in an older revolver not designed to handle the higher pressures of the new magnum cartridges. It is for this reason that I find the cartridge so appealing. In terms of ballistics, the .357 Magnum is difficult to beat, with 158-grain loads reaching in excess of 1,200 fps and nearly 540 foot-pounds of energy. Just ask around or read some reviews and you’ll see that the .357 is always ranked among the top handgun cartridges in production today.

In This Corner, the Coonan Classic

Once I arrived at my caliber of choice, the next logical step was finding the best vehicle. I told you earlier that the conversation usually circled around to the 1911. Well, what I hadn’t even thought of was how the .357 had an obscure cousin in the 1911 family developed by Dan Coonan. The Coonan website touts that he changed the handgun market with the introduction of his stainless-steel masterpiece, and I would have to agree.

Weighing in at 42 ounces unloaded, the Coonan Classic is a handful. However, once you load 7+1 rounds, the weight moves into the 48-ounce range. This feels very comfortable in hand and balances very well. Since I have smaller hands, I chose to add a Wilson Combat extended magazine release to make life easier. The controls are identical to a standard 1911, but the grip is deeper, giving you a lot more surface area to hold onto when it comes to firing.

What makes the Coonan a unique firearm is that it carries a number of proven features from other handguns. For example, the magazine’s articulated follower adjusts as the rimmed .357 cartridges are loaded. Therefore, the magazine reliably feeds each round every time. I ran several boxes of Hornady, Federal and Winchester through my test sample without a single malfunction. The beauty of the magazine design is that it mimics rimfire magazines in tipping the cartridges, placing them in a way that’s easy on the feed ramp.

One look at the barrel and you’ll notice the link-less lower lug that is found on another one of Browning’s designs — the Hi-Power. Follow this up with an external extractor and you capture some awesome features from all over the world of handguns.

When most people think of the .357 Magnum, they imagine recoil and a sore hand. Nothing could be further from the truth when it comes to the Coonan Classic. Shooting full-house Hornady Critical Defense rounds was effortless, and I stacked shot after shot inside a 1-inch group at 15 yards with what I would consider average, if not downright comfortable, recoil. You see, the genius of the Coonan design is the fact that its weight helps fight the inevitable recoil. Everyone wants a gun that shoots better than themselves, and the Coonan does exactly that.

If you can pair the .357 Magnum with a semi-auto, why would you buy anything else? This brings us to Kimber. With the debut of the K6s in 2016, Kimber turned the shooting world on its ear. Rather than polishing its already accomplished 1911 chops and going after Coonan, Kimber shifted its focus to the smaller and more compact field of revolvers.

Right off the bat, you can tell that the K6s was designed to be carried, and often. Each angle is polished and smooth to prevent snagging. The revolver also has low-profile sights, a concealed hammer and a shorter grip for that same purpose.

The K6s is named for its six-round capacity, which is one more than you’ll get with competitors from Ruger and Smith & Wesson. The double-action-only (DAO) trigger on my K6s DCR test sample came in at just under 10 pounds. This is terrific if you are used to the hefty 12- to 14-pound triggers of competitive revolvers. Kimber markets the trigger as being one of the best unaltered triggers in the industry. After shooting a few groups less than an inch wide at 10 yards, I have to agree.

The barrel on the K6s DCR is short at 2 inches, and the overall length is 6.6 inches. With a width of 1.39 inches, this is a slim revolver, and you can tell by the flat edges of the cylinder that Kimber wanted to save weight where it could. Several other K6s variants are available now, but they’re all built around the .357 Magnum. Kimber thought out this handgun and has the potential to be a classic.

To see how these guns would fare in terms of personal protection, I tested them with three different loads. Hornady’s 125-grain Critical Defense rounds feature the company’s patented Flex Tip technology to expand reliably. At 10 yards, it was easy to produce 1-inch groups with both guns using this ammo. I also tested the guns with Federal’s 158-grain Personal Defense JHPs and Winchester’s 125-grain PDX1 Defender rounds, which produced slightly larger groups, but nothing over 2.2 inches.

I tested both pistols off-hand, and the Coonan and Kimber obviously offered drastically different shooting experiences. But these are both top-tier firearms that display good craftsmanship and handle this legendary caliber well.

For everyday carry, the K6s wins on size and practicality. Its overall design is built around today’s EDC mindset. It is also being reliable and efficient. It handled all of the test rounds perfectly, and I definitely appreciated the trigger, which is much lighter than similar revolvers. The large cylinder release was also smooth and easy to operate.

In terms of pure awesome, the Coonan Classic wins hands down. As my own personal version of a Dirty Harry masterpiece, the Coonan exudes all the attributes of some of the most legendary pistols ever designed and places them into an exquisitely crafted firearm built to deliver superior accuracy and tremendous functionality.

The only real drawback to these pistols is their lack of industry support. Head to your local Cabela’s or Bass Pro and you’ll probably be out of luck when it comes to holsters. DeSantis fashions one for the K6s. 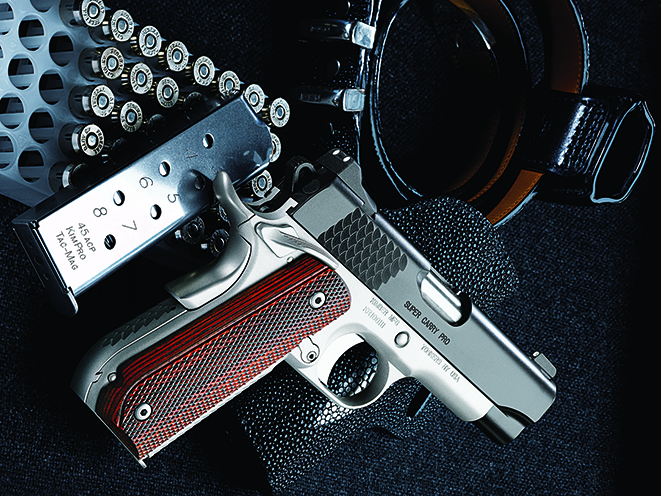 3 Reasons Why the 1911 Pistol Continues to Endure

Without question, the Coonan Classic elevates one’s thinking when it comes to the application of the .357 Magnum in a non-wheelgun platform. It’s simply a pleasure to shoot, and the company also offers compact variants for those looking for an EDC version. As one of the only truly new revolver introductions in the past decade, the Kimber is a spectacular offering. Its compact size, smooth design and consistent trigger pull should deliver exactly what you need for concealed carry. The only decision I have to make now is which one to buy first.

For more information about the Coonan Classic and the Kimber K6s, please visit coonaninc.com and kimberamerica.com.